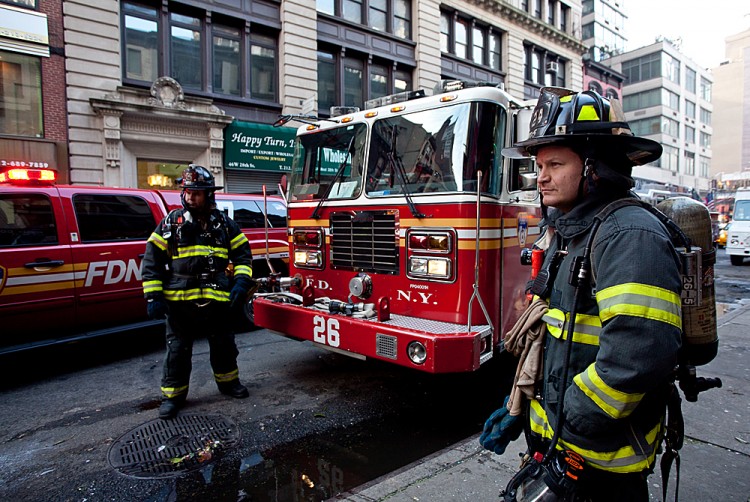 Long Island, NY – Governor Andrew Cuomo signed into law a bill that would provide benefits to volunteer firefighters and volunteer ambulance workers when they are injured in the line of duty while assisting at an emergency before an officer in command arrives at the scene.

Previous to the passage of the law, volunteers who provided emergency services outside of their regular jurisdiction — before “an officer in command” arrived on the scene of the emergency – could be denied benefits covering their injuries.

The legislation, sponsored by Assemblyman William B. Magnarelli and Senator Joseph A. Griffo amends the general municipal law to address Volunteer Firefighters’ Benefit Law (VFBL) and Volunteer Ambulance Workers’ Benefit Law (VAWBL) coverage for those volunteers who provide emergency services before an officer in command arrives at the site. VFBL and VAWBL provide coverage similar to workers’ compensation for injuries sustained in the line of duty.

Robert McConville, President of the Firemen’s Association of the State of New York (FASNY) which championed the passage, said, “Thank you to Governor Cuomo and sponsors of the law, Assemblyman William B. Magnarelli and Senator Joseph A. Griffo, for addressing this critical situation. Volunteer emergency response is dangerous. This was a quirk in the law that has now been addressed, making it permissive for a local government entity and fire company to authorize coverage for volunteers responding in these circumstances, thereby encouraging the best possible emergency response service to the citizens of the state. New York’s volunteer first responders and their families deserve to know they have this protection when they are responding to emergency calls where every second can mean the difference between life and death”.