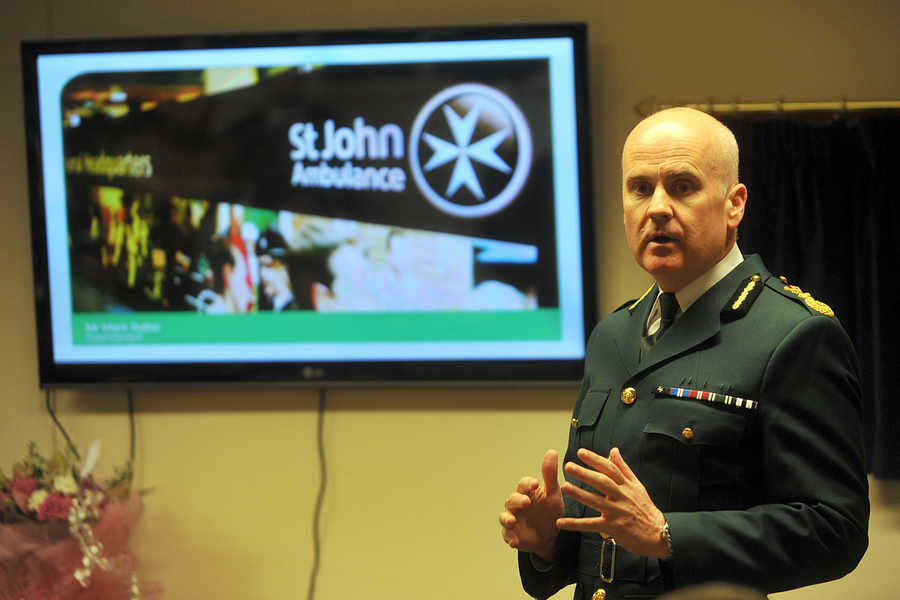 EXPRESS & STARS – Anthony Marsh’s salary came in for heavy criticism after it was revealed he was on £232,000 a year – £90,000 more than the Prime Minister – for splitting his week between the West Midlands and the East of England Ambulance Service Trust. Now it has emerged the dual role will end almost a year earlier than planned as the East of England trust will begin looking for a permanent chief executive in January. When that happens, the £50,000 a year pay ‘uplift’ Mr Marsh was given, will end and he will revert to working full time for the West Midlands trust. East of England Ambulance Service said Mr Marsh would stay in post until his successor was appointed and that the process would begin in January 2015.

The plan for Mr Marsh to concentrate on one job was welcomed in a week that West Midlands Ambulance Service reported it had had its fourth busiest night ever, with more than 3,500 calls to 999 logged on Saturday night. The three busier nights have all been previous New Year’s Eves and ambulance staff have pleaded with people to consider alternatives so they can concentrate on life threatening illnesses and injuries.

West Bromwich East MP Tom Watson said: “We have an ambulance service reporting that it is severely stretched.”At least now we should have an ambulance chief executive who commits his time entirely to the West Midlands.”There was an extraordinary cost associated with ferrying Mr Marsh around the country and hopefully this will now come to an end.”

Claire Brown, spokeswoman for West Midlands Ambulance Service, said: “West Midlands Ambulance Service can confirm that it’s chief executive, Anthony Marsh, is to continue in his role with the East of England Ambulance Service (EEAS) for the immediate future. The East of England Trust has announced that it is to start a recruitment process for a substantive chief executive position in the New Year.”That process is expected to take several months.”Mr Marsh went to EEAS at the beginning of January 2014 but has only ever been in an interim position.”He will continue to lead the transformation programme as that Trust is turned around.”

NHS in crisis: "Don't call an ambulance, unless that's what you really need"