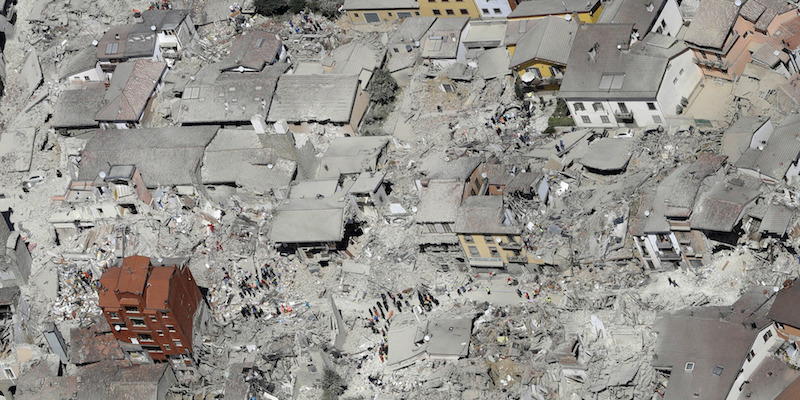 How unprepared are you for an earthquake?

An earthquake is a sudden, rapid shaking of the earth caused by the breaking and shifting of rock beneath the earth’s surface. Earthquakes strike suddenly, without warning, and they can occur at any time of the year, day or night. Forty-five states and territories in the United States are at moderate to very high risk of earthquakes, and they are located in every region of the country

Are you at increased risk from earthquakes?

• Mobile homes and homes not attached to their foundations are at particular risk during an earthquake.

• Buildings with foundations resting on landfill and other unstable soils are at increased risk of damage.

Doorways are no stronger than any other part of the structure. During an earthquake, get under a sturdy piece of furniture and hold on. This will provide some protection from falling objects that can injure you during an earthquake.

Become aware of fire evacuation and earthquake plans for all of the buildings you occupy regularly.

❐ Pick safe places in each room of your home, workplace and/or school. A safe place could be under a piece of furniture or against an interior wall away from windows, bookcases or tall furniture that could fall on you.

❐ Practice drop, cover and hold on in each safe place. If you do not have sturdy furniture to hold on to, sit on the floor next to an interior wall and cover your head and neck with your arms.

❐ Keep a flashlight and sturdy shoes by each person’s bed.

❐ Make sure your home is securely anchored to its foundation.

❐ Hang heavy items, such as pictures and mirrors, away from beds, couches and anywhere people sleep or sit.

❐ Install strong latches or bolts on cabinets. Large or heavy items should be closest to the floor.

❐ Learn how to shut off the gas valves in your home and keep a wrench handy for that purpose.

❐ Learn about your area’s seismic building standards and land use codes before you begin new construction.

Surviving during an earthquake: the triangle of life theory

“Simply stated, when buildings collapse, the weight of the ceilings falling upon the objects or furniture inside crushes these objects, leaving a space or void next to them. This space is what I call the “triangle of life“. The larger the object, the stronger, the less it will compact. The less the object compacts, the larger the void, the greater the probability that the person who is using this void for safety will not be injured.

Everyone who simply “ducks and covers” when buildings collapse is crushed to death — Every time, without exception. People who get under objects, like desks or cars, are always crushed.

Cats, dogs and babies all naturally often curl up in the fetal position. You should too in an earthquake. It is a safety/survival instinct. You can survive in a smaller void. Get next to an object, next to a sofa, next to a large bulky object that will compress slightly but leave a void next to it.

If you are in bed during the night and an earthquake occurs, simply roll off the bed. A safe void will exist around the bed. Hotels can achieve a much greater survival rate in earthquakes, simply by posting a sign on the back of the door of every room, occupants to lie down on the floor, next to the bottom of the bed during an earthquake.

If an earthquake happens while you are watching television and you cannot easily escape by getting out the door or window, then lie down and curl up in the fetal position next to a sofa.

I discovered, while crawling inside of collapsed newspaper offices and other offices with a lot of paper, that paper does not compact. Large voids are found surrounding stacks of paper.

No more "portyanki". After 5 centuries, the Russian army renew the equipment of their soldiers