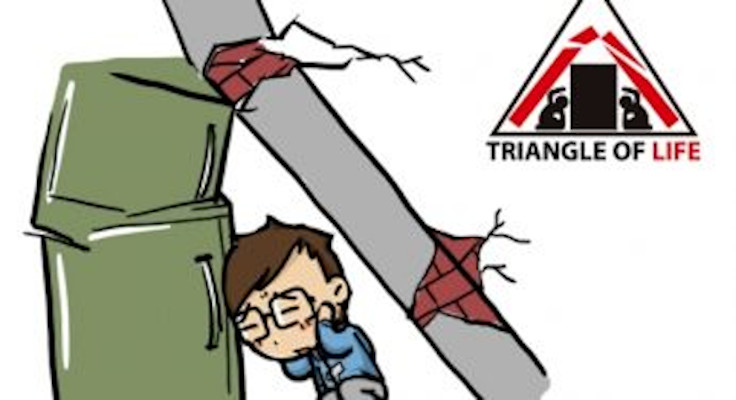 Surviving an earthquake: the "triangle of life" theory

When buildings collapse, the weight of the ceilings falling upon the objects or furniture inside crushes these objects, leaving a space or void next to them. This space is called the “triangle of life”. It is probably the best way to increase the precentage of surviving an earthquake.

This is the testimony of Doug Copp, Rescue Chief and Disaster Manager of the American Rescue Team International (ARTI) and United Nations expert in Disaster Mitigation (UNX051 – UNIENET). Since 1985 he has worked in every great disaster worldwide. These following, are his words, with which he puts forward a new theory for survival in the event of an earthquake: the triangle of life.

The “Triangle of Life”: explanantion 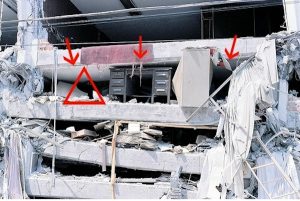 “Simply stated, when buildings collapse, the weight of the ceilings falling upon the objects or furniture inside crushes these objects, leaving a space or void next to them. This space is what I call the “triangle of life“. The larger the object, the stronger, the less it will compact. The less the object compacts, the larger the void, the greater the probability that the person who is using this void for safety will not be injured.

Everyone who simply “ducks and covers” when buildings collapse is crushed to death — Every time, without exception. People who get under objects, like desks or cars, are always crushed.

Cats, dogs and babies all naturally often curl up in the fetal position. You should too in an earthquake. It is a safety/survival instinct. You can survive in a smaller void. Get next to an object, next to a sofa, next to a large bulky object that will compress slightly but leave a void next to it.”

Wooden buildings are the safest type of construction to be in during an earthquake. The reason is simple: the 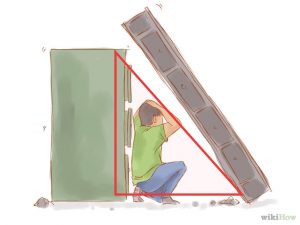 If you are in bed during the night and an earthquake occurs, simply roll off the bed. A safe void will exist around the bed. Hotels can achieve a much greater survival rate in earthquakes, simply by posting a sign on the back of the door of every room, occupants to lie down on the floor, next to the bottom of the bed during an earthquake.

If an earthquake happens while you are watching television and you cannot easily escape by getting out the door or window, then lie down and curl up in the fetal position next to a sofa.

The “Triangle of Life”: what you have to avoid if an earthquake occur 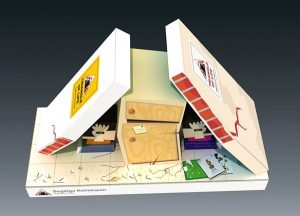 All the crushed cars had voids 3 feet high next to them, except for the cars that had columns fall directly across them. I discovered, while crawling inside of collapsed newspaper offices and other offices with a lot of paper, that paper does not compact. Large voids are found surrounding stacks of paper.

These details come from an interview with Doug Copp, who we thank for his time and willingness to speak.

Rebuilding Nepal after the earthquake of 2015

Conclusion of the 3rd edition of the Chinese EMS Drivers' Competition

A trip down memory lane discovering ambulance history. Models from the early days of modern times

Is correcting scoliosis possible? Early diagnosis makes all the difference

What Is Hashimoto's Encephalopathy?

Dyspepsia: what it is, symptoms, diagnosis and treatment