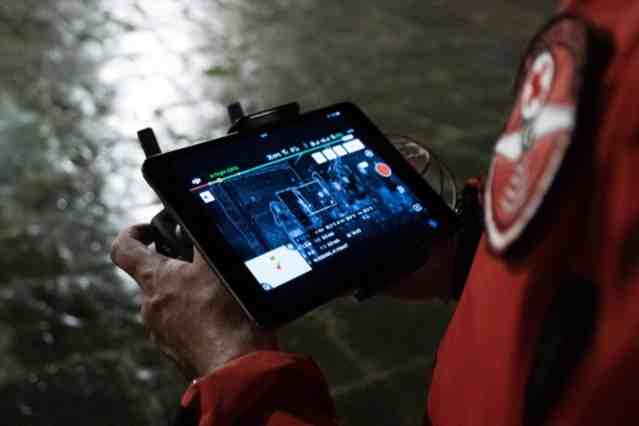 A truly comprehensive study by Juan Jesús Roldán-Gómez on the use of drone swarms in forest firefighting and how this use of robotic technologies affects the efficiency and safety of the fire brigade.

Drone swarms in firefighting, the survey:

This work presents a complete survey of firefighters on the current problems in their work and the potential technological solutions.

Additionally, it reviews the efforts performed by the academy and industry to apply different types of robots in the context of firefighting missions.

Finally, all this information is used to propose a concept of operation for the comprehensive application of drone swarms in firefighting.

The proposed system is a fleet of quadcopters that individually are only able to visit waypoints and use payloads, but collectively can perform tasks of surveillance, mapping, monitoring, etc.

Three operator roles are defined, each one with different access to information and functions in the mission: mission commander, team leaders, and team members.

These operators take advantage of virtual and augmented reality interfaces to intuitively get the information of the scenario and, in the case of the mission commander, control the drone swarm”. 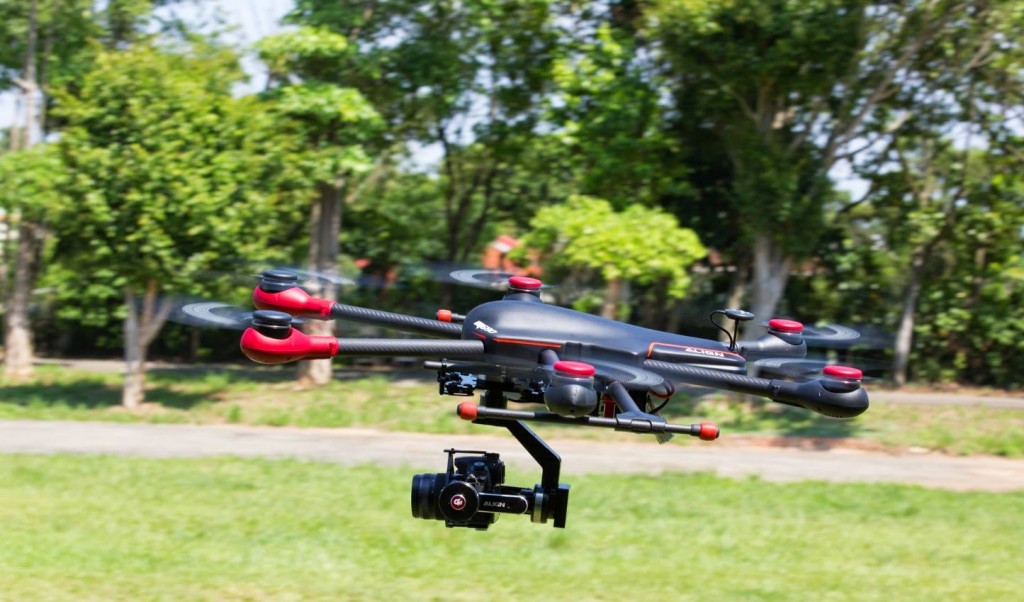 The study on drone swarms and their effectiveness in fighting forest fires:

The study then develops organically, rattling off figures and statistics that should be read carefully, relating to the spread of fires around the world: “According to the World Fire Statistics, a report published by the International Association of Fire and Rescue Services that collects data from multiple governments, there were 4.5 million fires and 30,800 deaths in countries with 2700 million inhabitants in 2018, which means 1.7 fires per 1000 and 1.1 deaths per 100,000 inhabitants that year.

Although these figures do not take into account the whole world, they allow us to quantify the magnitude of the problem.

The information provided by several space agencies supports this thesis: the European Space Agency (ESA) publishes the World Fire Atlas with the information collected by ATSR-2 and Sentinel-3, whereas the National Aeronautics and Space Administration (NASA) does the same with the Global Fire Atlas.

The first ones seek to prevent the occurrence of fires and limit their consequences, the second ones look for detecting fires early, and the third ones search to put them out quickly and safely.

Firefighters reveal the lack of human and material means and the degraded information of the scenario as the main problems in these tasks.

They routinely use multiple types of vehicles and machinery to improve the performance and safety of these operations.

However, the use of robots and especially drones is not common, although these autonomous systems could solve some of the current challenges.

What are the main problems in current missions against forest fires? How can robotic technologies such as drones contribute to solving them?

To this end, the paper analyses the data provided by governments, the results of two original surveys of firefighters and the literature on robotics applied to forest firefighting.

Finally, the paper proposes an operational concept for the application of drone swarms to fire prevention, surveillance and extinguishment tasks”.

The conclusions, which come at the end of a meticulous analysis, underline that the problems detected among the Fire Brigade with respect to forest fire fighting are the lack of human resources and materials for all activities and the need for real-time information on fire evolution during fire fighting activities.

Firefighters generally evaluate new technologies in a positive way, when they support their tasks and do not threaten their jobs.

In particular, firefighters support the use of drones as a tool to collect information relevant to prevention, surveillance and extinguishment activities.

In the case of prevention and surveillance, they approve the generation of maps that help to organise tasks for vegetation preparation and detect the areas with the highest fire risk respectively.

In the case of extinguishment, they believe that drones can provide them with real-time information on fires to make their actions safer and more effective.