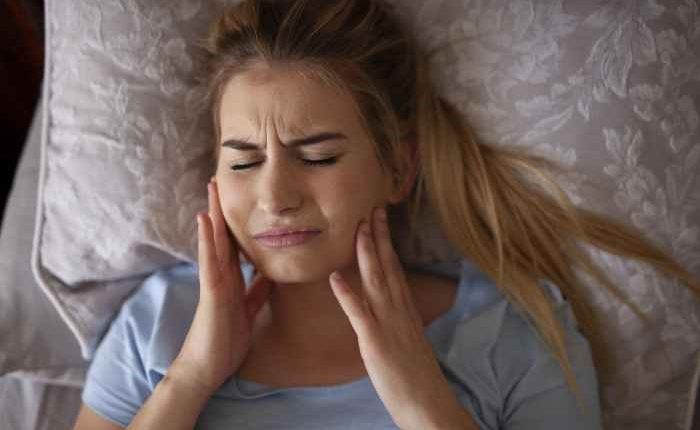 Grinding your teeth while you sleep: symptoms and remedies for bruxism

Bruxism: in our lives, we have all experienced grinding, clenching or “rubbing” our teeth during the day or night

This phenomenon is a parafunctional attitude, in the sense that it is not a function intended for chewing, but a habit which leads, through clenching and rubbing, to wear on tooth enamel and even dentine.

Often, it is an unconscious and unintended action.

When it affects the dentine, which has a lower mechanical resistance to abrasion than enamel, it can proceed even more rapidly and lead to discomfort which can also affect the temporomandibular joint in the long term.

Very often, the causes can be of various kinds.

One of these is the psycho-social cause, where some bad habits (or risk factors) such as, for example, excessive consumption of alcohol, drugs, smoking or caffeine are particularly influential.

Stress also has a negative influence on bruxism: nowadays we live in an environment where these stresses come from many directions (e.g. family, work, important examinations) and all this obviously can lead to some disturbance which the patient can eventually somatise at the level of the stomatognathic apparatus (i.e. the mouth).

A less frequent cause is malocclusion, i.e. a misalignment of the dental elements.

This disorder can affect children, adults and the elderly alike. It is important to make a distinction between:

In daytime bruxism, the person is often more aware of ‘burning’, especially if they are concentrating on demanding tasks such as studying, doing calculations or working on the computer.

Nocturnal bruxism is more often unconscious since the subject is not aware of it while sleeping. Often, and this is a typical situation, a signal may come from the partner who hears the “noises” produced by the lock and alerts him.

The main manifestations of bruxism include:

The dentist notices this problem either through the patient’s anamnesis or by observing signs of significant tooth wear.

These clues are quite indicative of a bruxism situation.

Another manifestation could also be an alteration of the occlusal relationships: when we chew, we maintain the vertical dimension with the posterior teeth; if these become worn, the dimension changes and the distribution of loads begins to take place in a non-organic, non-optimal way, affecting the whole system.

Tonsils: when to have surgery?

Post-intensive care syndrome (PICS): what is it?