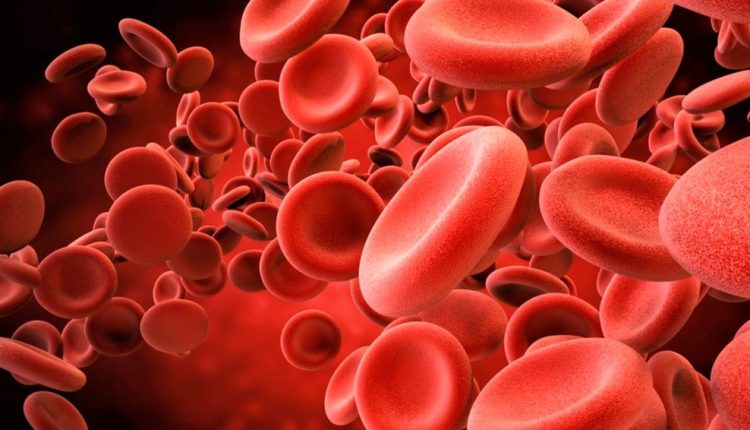 Haemophilia is a congenital and hereditary disease caused by a deficiency of certain blood clotting proteins. Sufferers have a greater tendency to haemorrhage, both spontaneous and post-traumatic

The disease occurs almost exclusively in men, as its genetic message is associated with the X chromosome.

Women will therefore mostly be healthy carriers of the genetic defect, which will instead manifest itself in a pathological form in men.

Haemophilia: mild or severe, what are the differences?

Haemophilia can occur with a severe, moderate or mild deficiency of FVIII or FIX.

Severe haemophilia is usually diagnosed within the first two years of life, as the manifestations of the disease are early and spontaneous haemorrhages are possible.

Mild haemophilia, on the other hand, can also result in a delayed diagnosis, perhaps in adulthood, as it is compatible with a normal life, unless there are specific haemorrhagic risk conditions, such as severe trauma or surgery.

It is therefore possible that the affected person does not realise for a long time that he or she has the disease.

People who know that they have mild haemophilia should avoid trauma as much as possible and, if even minor trauma occurs, pay particular attention to the development of symptoms that may suggest bleeding.

In such a case, it is essential to notify your doctor in order to check for bleeding as soon as possible.

How is haemophilia diagnosed?

Women with a history of haemophilia in the maternal side of the family should consider being a healthy carrier of this genetic defect and undergo diagnostic tests if necessary.

As for adult patients with suspected mild haemophilia, coagulation tests – especially aPTT – are essential and are routinely done for screening purposes before surgery,” she continues.

In general, the condition is associated with specific symptoms, such as the ease of developing larger than normal bruising or prolonged, unjustified bleeding.

For example, in the case of young children, a fall that causes a blow to the lip may cause bleeding that is not necessarily intense but continues over time and cannot be stopped; often the bleeding does not appear immediately at the moment of the trauma but, after an initial stop, starts again several hours later.

This is because in haemophilia the platelets, which are the first to intervene to stop a possible haemorrhage, function normally.

When coagulation should intervene to stabilise the clot and close the wound, it is ineffective and causes bleeding.

Another typical symptom in young children is bruising, which appears without there necessarily being any trauma associated with it: it looks like a lot of small bruises scattered around the body, but they are not caused by any specific blow.

Haemarthrosis: a disease of the joints

A typical haemorrhage in haemophilia is haemarthrosis, i.e. haemorrhaging within the joints.

This mainly affects the ankles, knees and elbows, but can also affect the hip and shoulder joints.

Again, this type of bleeding is not necessarily associated with trauma and can also occur spontaneously.

This is the case, for example, with a child who is just learning to stand and take its first steps.

For this reason, the disease, if not properly treated, can lead to serious limitations of the limbs, destroying the joint structure and leading to real disability.

Haemophilia: What are the possible treatments?

Today, there are many different treatment options for haemophilia.

These products prevent and treat haemorrhages and can only be administered intravenously.

From the moment of diagnosis, patients begin receiving regular intravenous infusions (to be continued for the rest of their lives) to increase the levels of missing proteins in the blood, prevent spontaneous bleeding, and prevent structural damage.

This type of treatment is known as prophylaxis, and is considered by the World Federation of Haemophilia (WFH) to be the standard of care for all patients with severe or moderate haemophilia or severe bleeding tendencies.

In recent years, we have seen an evolution in haemophilia therapy, which allows good protection from bleeding to be maintained with less frequent doses of the drug and thus provides greater autonomy for patients.

Today, people with haemophilia B can have infusions on average every 7-14 days (some particular subgroups of patients even every 21 days); whereas in haemophilia A, infusions can be repeated about every 3-7 days depending on the type of drug used and the characteristics of each individual.

For the past couple of years, the first subcutaneous monoclonal antibody drug has been available for haemophilia A only, to be taken every 7, 14 or 28 days to prevent bleeding. Similar drugs are also being developed for haemophilia B.

Both intravenous and subcutaneous drugs are taken independently by the patient at home.

Patients (or their parents, in the case of small children) are instructed by hospital staff in the administration of the medication, as it is essential to take it not only prophylactically but also promptly in the event of unexpected bleeding.

While prophylactic treatment can prevent most spontaneous haemorrhages, there may be external conditions, such as trauma, which can cause haemorrhage despite treatment.

In such cases, it is useful to add an extra dose to the usual dose.

It is important to emphasise that subcutaneous therapies are only prophylactic: they can prevent bleeding but not cure it. For treatment it is necessary to infuse another haemostatic drug such as FVIII or FIX intravenously.

All therapeutic developments in the treatment of haemophilia have been designed with the patient’s need for independence in mind and to restore a good quality of life.

At present, haemophilia is a treatable but not curable disease.

However, there is a therapeutic horizon for a cure: it is currently in an advanced experimental phase for both haemophilia A and haemophilia B, and is represented by gene therapy, which aims to introduce the healthy gene into the body.

This is a concrete way forward that will be put into practice in the next few years.