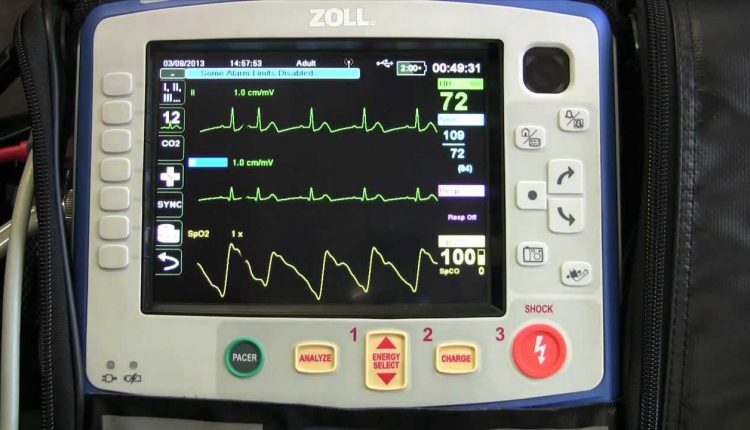 “We showed that deep-learning algorithms can recognize blood pumping problems on both sides of the heart from ECG waveform data,” said Benjamin S. Glicksberg, PhD, Assistant Professor of Genetics and Genomic Sciences, a member of the Hasso Plattner Institute for Digital Health at Mount Sinai, and a senior author of the study published in the Journal of the American College of Cardiology: Cardiovascular Imaging.

We hope that this algorithm will enable quicker diagnosis of heart failure.”

The study was led by Akhil Vaid, MD, a postdoctoral scholar who works in both the Glicksberg labby Girish N. Nadkarni, MD, MPH, CPH, Associate Professor of Medicine at the Icahn School of Medicine at Mount Sinai, Chief of the Division of Data-Driven and Digital Medicine (D3M), and a senior author of the study.

For years doctors have relied heavily on an imaging technique called an echocardiogram to assess whether a patient may be experiencing heart failure.

While helpful, echocardiograms can be labor-intensive procedures that are only offered at select hospitals.

However, recent breakthroughs in artificial intelligence suggest that electrocardiograms—a widely used electrical recording device—could be a fast and readily available alternative in these cases.

For instance, many studies have shown how a “deep-learning” algorithm can detect weakness in the heart’s left ventricle, which pushes freshly oxygenated blood out to the rest of the body.

In this study, the researchers described the development of an algorithm that not only assessed the strength of the left ventricle but also the right ventricle, which takes deoxygenated blood streaming in from the body and pumps it to the lungs.

“Although appealing, traditionally it has been challenging for physicians to use ECGs to diagnose heart failure.

This is partly because there is no established diagnostic criteria for these assessments and because some changes in ECG readouts are simply too subtle for the human eye to detect,” said Dr. Nadkarni.

“This study represents an exciting step forward in finding information hidden within the ECG data which can lead to better screening and treatment paradigms using a relatively simple and widely available test.”

Wire leads are taped to different parts of a patient’s chest and within minutes a specially designed, portable machine prints out a series of squiggly lines, or waveforms, representing the heart’s electrical activity.

These machines can be found in most hospitals and ambulances throughout the United States and require minimal training to operate.

For this study, the researchers programmed a computer to read patient electrocardiograms along with data extracted from written reports summarizing the results of corresponding echocardiograms taken from the same patients.

In this situation, the written reports acted as a standard set of data for the computer to compare with the electrocardiogram data and learn how to spot weaker hearts.

“We wanted to push the state of the art by developing AI capable of understanding the entire heart easily and inexpensively,” said Dr. Vaid.

The computer then read more than 700,000 electrocardiograms and echocardiogram reports obtained from 150,000 Mount Sinai Health System patients from 2003 to 2020.

Data from four hospitals was used to train the computer, whereas data from a fifth one was used to test how the algorithm would perform in a different experimental setting.

“A potential advantage of this study is that it involved one of the largest collections of ECGs from one of the most diverse patient populations in the world,” said Dr. Nadkarni.

Initial results suggested that the algorithm was effective at predicting which patients would have either healthy or very weak left ventricles.

Here strength was defined by left ventricle ejection fraction, an estimate of how much fluid the ventricle pumps out with each beat as observed on echocardiograms.

Healthy hearts have an ejection fraction of 50 percent or greater while weak hearts have ones that are equal to or below 40 percent.

In this case, the program was 73 percent accurate at predicting the patients who had an ejection fraction that was between 40 and 50 percent.

Further results suggested that the algorithm also learned to detect right valve weaknesses from the electrocardiograms.

In this case, weakness was defined by more descriptive terms extracted from the echocardiogram reports.

Here the algorithm was 84 percent accurate at predicting which patients had weak right valves.

“Our results suggested that this algorithm may eventually help doctors correctly diagnose failure on either side of the heart,” Dr. Vaid said.

Finally, additional analysis suggested that the algorithm may be effective at detecting heart weakness in all patients, regardless of race and gender.

“Our results suggest that this algorithm could be a useful tool for helping clinical practitioners combat heart failure suffered by a variety of patients,” added Dr. Glicksberg. “We are in the process of carefully designing prospective trials to test out its effectiveness in a more real-world setting.”

This study was supported by the National Institutes of Health (TR001433).

Fractures and injuries: what to do when ribs are broken or cracked?