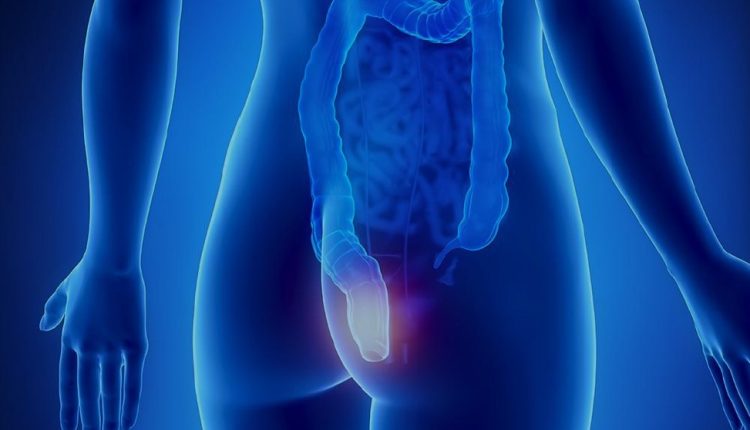 Haemorrhoids, about 10% of the adult population in developed countries have suffered from them at least once in their lives

Pain, swelling, a sense of heaviness, itching and in some cases bleeding, this is what haemorrhoids look like

A very frequent pathology at all ages, in both men and women, and which can become an annoying and embarrassing nuisance.

All the more so because until recently surgical treatment was scary.

So it is inaccurate to say ‘I suffer from haemorrhoids'”.

This leakage is called prolapse and the annoying symptoms, bleeding and pain begin.

It should be pointed out that haemorrhoidal disease is not a disease of the veins alone, as was thought for a long time, but is also due to degeneration of the connective tissues, which for hereditary or acquired reasons cause the venous cushions to lose support, leading to leakage, i.e. prolapse.

There are clinically 2 types of haemorrhoids:

Hemorrhoids are generally classified according to severity into four grades: from grade one, which is the mildest, where there is only an increase in internal haemorrhoidal congestion, to grade four, which presents an unreducible prolapse with severe inflammation and bleeding.

Hemorrhoids occur more frequently in women, as risk factors include pregnancy with increased blood congestion in the pelvis.

There are two types of symptoms:

How to treat haemorrhoids

The choice of the most appropriate treatment is closely related to the degree of severity of the disease.

If the patient is in an early stage of the disease, it is enough to modify the lifestyle with:

There are also trophic drugs based on flavonoids taken by mouth and the classic creams based on local anaesthetics and anti-inflammatory agents that can alleviate the symptoms without, however, acting on the root causes of the problem.

When the disease is more advanced (grade III and IV), surgery is the only effective solution.

Until the 1990s, the most common form of surgery was haemorrhoidectomy (Milligan-Morgan operation).

This method solves the problem in a radical way by removing the haemorrhoid nodules, but has a great handicap: the pain, both post-operative and during convalescence.

It is an operation performed with mechanical staplers, which remove the prolapse and fix the haemorrhoids inside.

It is performed as an outpatient surgery, as the patient usually goes home after one day.

Convalescence is very quick: the patient returns to normal life habits at 50-70 per cent after two days, 100 per cent after one week and can do sports after three weeks.

Milligan-Morgan’s surgery was much more painful and the recovery time was one and a half months.

In this field of surgery, too, technological progress has been great in twenty years: today we have new, more effective and safer staplers, which have eliminated the risk of post-operative bleeding and the risk of distant recurrence of haemorrhoidal disease, and in addition, in women they are able to effectively treat the constipation that is often associated with the problem of haemorrhoids: they therefore represent the gold standard for the treatment of this pathology.

Finally, in less severe cases where only bleeding prevails, we now have other alternative methods, such as the possibility of ‘deflating’ the venous cushions by locating the small arteries that supply them with blood with an endorectal probe (Doppler), and then ligating them: by closing the taps, the haemorrhoids are decongested and the bleeding stops.

A minimally invasive technique which, in selected cases, gives excellent results, with a hospital stay of just a few hours and an almost painless course.

Sepsis, Why An Infection Is A Danger And A Threat To The Heart

Chronic inactive hepatitis B: what it is and what it means