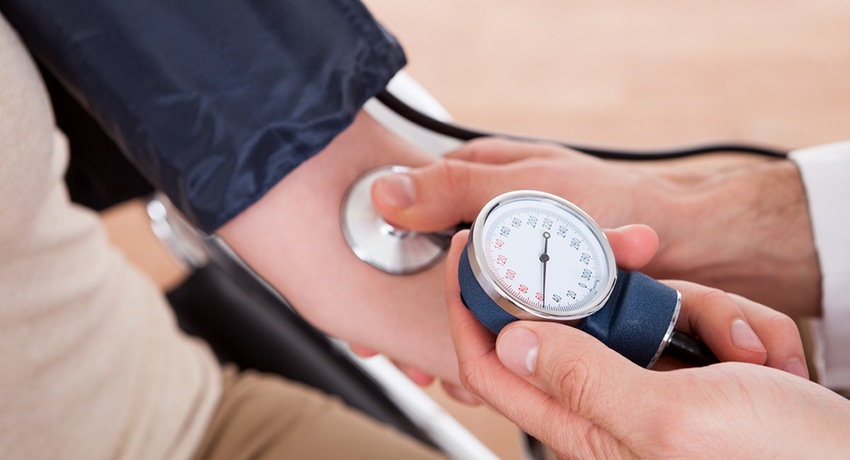 Will lower blood pressure reduce the risk of heart and kidney diseases or stroke? Yes, it could be

Lower may be better for kidney diseases and heart disease when treating high blood pressure, federal health officials said when announcing they were ending a major study more than a year early due to “potentially lifesaving information.”

AHA BLOG Researches may say that lower pressure can reduce the risk of heart disease and kidney diseases, and of course the stroke. Early results from the National Institutes of Health-funded study suggest that people with high blood pressure who get their top number back to normal live longer and are less likely to have a heart attack, stroke or heart failure.

The preliminary findings should not immediately change how doctors treat high blood pressure, cautioned investigator Jackson T. Wright, M.D., Ph.D., director of the clinical hypertension program at Case Western Reserve University School of Medicine in Cleveland. But he expects the trial will have “a significant impact” on future guidelines.

The Systolic Blood Pressure Intervention Trial, known as SPRINT, studied more than 9,300 people older than age 50 who had high blood pressure and at least one other risk factor for heart disease. By using medicines to reduce systolic blood pressure to below 120, instead of below 140:

The research showed such potential for substantial benefit that the trial was ended early so that researchers could present and publicize their findings.

The research validates the AHA’s position on blood pressure. The organization identifies a systolic blood pressure of 120 as ideal in its Life’s Simple 7 initiative.

The AHA/American College of Cardiology Taskforce on Practice Guidelines will review the new information, in partnership with the National Heart, Lung, and Blood Institute, said AHA’s president Mark A. Creager, M.D., who was not involved in the study. The new data will factor into updated national blood pressure guidelines, a standard for treating hypertension that doctors can follow with their patients.

The SPRINT information supports the views of the AHA/ACC Taskforce and is a blow to critics who recommended less than two years ago that the numbers should be relaxed and that higher blood pressure readings are OK to creep upward as people aged.

Those guidelines, by a group called the Eighth Joint National Committee on Prevention, Detection Evaluation and Treatment of High Blood Pressure, called for treatment in patients 60 and older whose systolic pressure — the top number in a blood pressure reading that measures pressure when the heart contracts — was 150. The previous threshold was 140. The panel advised treatment at 140 for people ages 30 to 59.

The AHA maintained its recommendation for a systolic pressure of 140 mm Hg for most adults, citing a serious concern that relaxing the numbers might cause a reversal in the decades-long decline in rates of heart disease, specifically stroke.

“The preliminary results from the SPRINT study validate the association’s position on blood pressure that a lower goal is better,” said Creager, director of the Heart and Vascular Center at the Dartmouth-Hitchcock Medical Center.

“If the SPRINT findings are consistent with what we believe now, the 140 goal will be challenged too,” said investigator Suzanne Oparil, M.D., director of the Vascular Biology and Hypertension Program at the University of Alabama at Birmingham School of Medicine.

“This is a time of enlightenment. … But I think we need to avoid having patients jump on it and demand that their blood pressure be normalized. That would be premature,” she said.

SPRINT researchers did not share all of their risk-reduction data, but said those numbers will be published with the rest of the preliminary findings later this year.

The news comes at a time when fewer Americans are dying from heart disease and stroke, but deaths caused by high blood pressure are on the rise, according to 2015 statistics from the AHA.

Hypertension-related deaths increased 13 percent between 2001 and 2011.

According to the AHA, one in three American adults — about 80 million — have high blood pressure, putting them at increased risk for heart attack, stroke, kidney disease and other health problems.

The group with a target of below 120 received three blood pressure medications on average, while the below-140 group received an average of two different medications. Safety data are still being analyzed, researchers said. The SPRINT investigators are also looking at whether keeping blood pressure lower impacts kidney diseases, cognitive function and dementia.

For now, older people with high blood pressure should talk to their doctor, said George Mensah, M.D., director of the Center for Translation Research and Implementation Science at the NHLBI, the main funder of the study.

“This landmark trial’s results represent good news, but … it would be important for us to pay attention as guideline-writing groups take up the issue,” Mensah said.

Michigan: Community paramedics will arrive at home instead of the ambulance for people with no life-threatening symptoms

Los Angeles Firefighter save Guest at His Own Wedding