Success Record of the 18th Rettmobil 2018 In Fulda. The Exhibition of Lifesavers equipment and emergency vehicles set a new all-time visitors record. Taking a tour with us about the most interesting devices and products.

FULDA, Germany – The last edition of RETTmobil show us three main themes that manufacturers have been worked on in the last year: safety, safety and safety again

New devices and equipment, new emergency vehicles and new ideas for improving training contribute to set up a new all-time record visitors: 29,618 guests from all over the world attended the 18th edition of the leading international trade show for rescue and mobility in Fulda.

BMW and AUDI set up the most interesting booth regarding the medical response vehicles. The new lineup from BMW presented in RETTmobil reveal that the Bavarian manufacturer want to extend its presence in the market. So too are Volkswagen and Mercedes, both of which have detailed their own rosters for the show: Volkswagen show up the new T-ROC MRV and for first responders and the new Tiguan Allspace outfitted as an ambulance for non-emergencies transportation.

Mercedes has similarly arrived in Fulda with emergency-equipped versions of the new Sprinter van and X-Class pickup truck – both of which are being shown at the expo for the first time. They’re joined by similarly converted examples of the go-anywhere Unimog (set up as an off-road fire truck) and the GLC 350e hybrid crossover (set up as an ambulance), as well as the Vito van and Atego truck. All of which just goes to show how expansive Daimler’s lineup of trucks and vans really is – and that’s not even counting the vast majority of its passenger cars.

Interesting news comes from TESLA and Nissan, who expose especially electrical vehicles for emergencies. One of the booths deserve a special attention: WAS ambulance present the first E-Koncept ambulance, full electrical powered emergency vehicles that will be on the spotlight when the biggest cities in Europe will close their roads to the diesel engines.

The record number of 540 exhibitors from 20 nations also confirms the global significance and dramatic topicality of this unique exhibition of the lifesavers.

The three-day event, whose success is based on four pillars of a trade show, training, mobility, and quality, was marked by dramatic topics such as amok runs, terror assaults and violence against rescue forces. Everyone is highly satisfied: the audience, the exhibitors and those responsible for the internationally renowned trade show, which once again attracted a great deal of media interest. 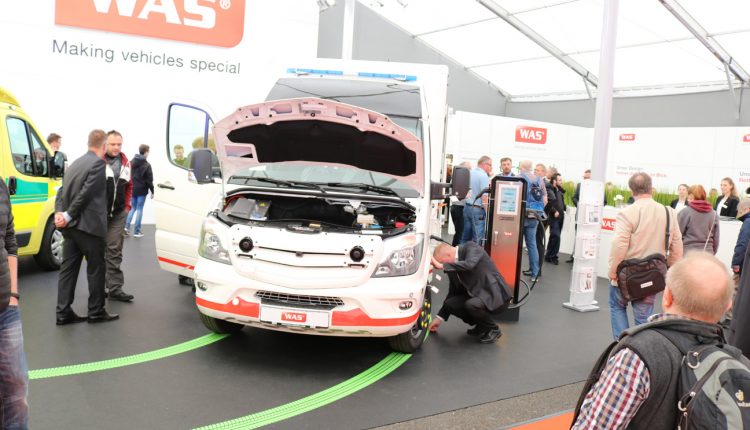 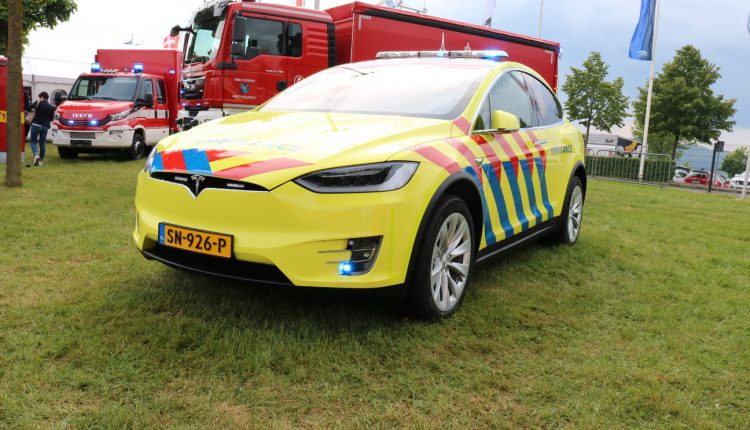 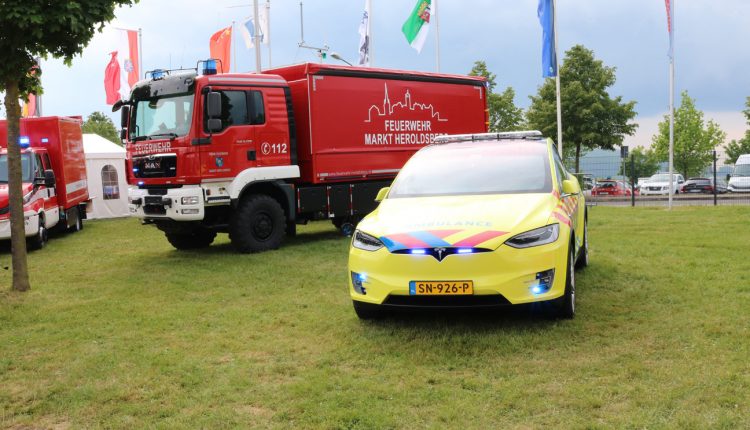 A MAN Feuerwehr truck and a TESLA Model S 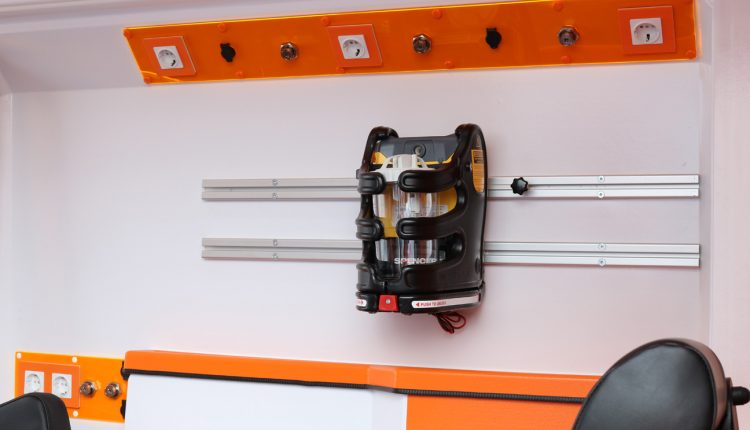 Simple and unbreakable, the Spencer JET suction unit is one of the main products that the italian company sell around the word. 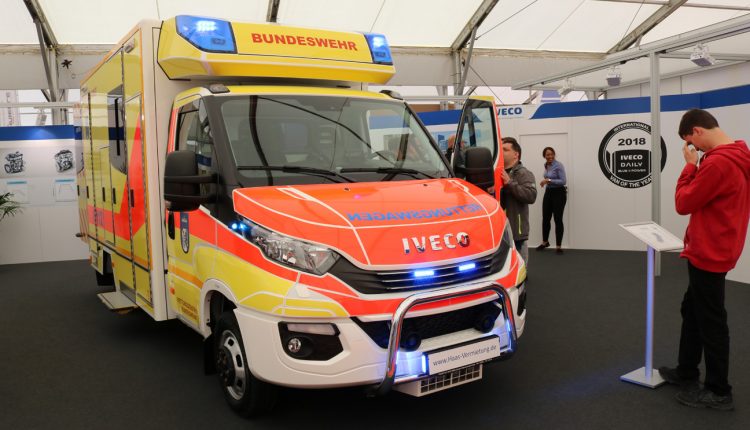 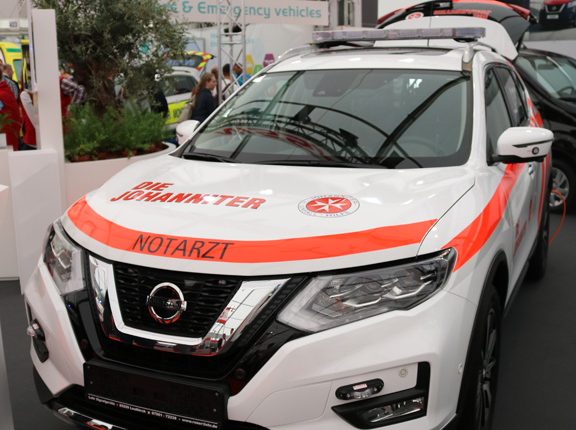 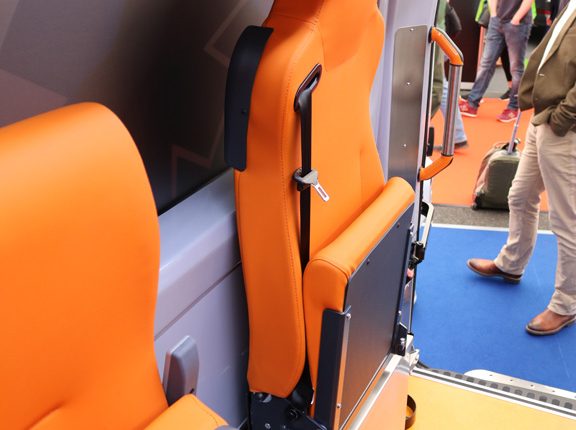 Attention to the safety of the paramedics inside all the ambulances 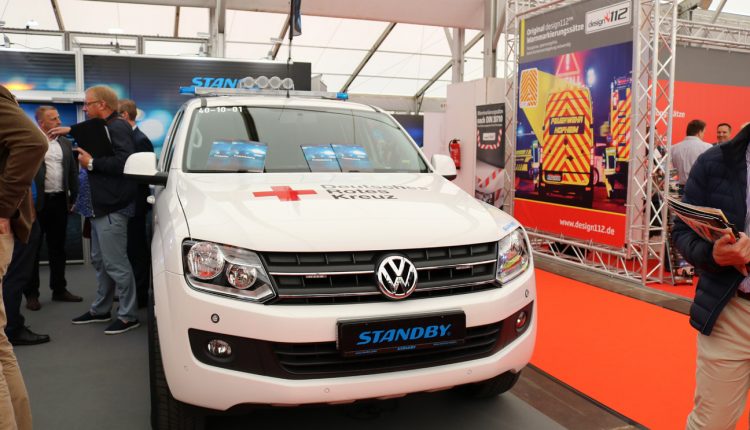 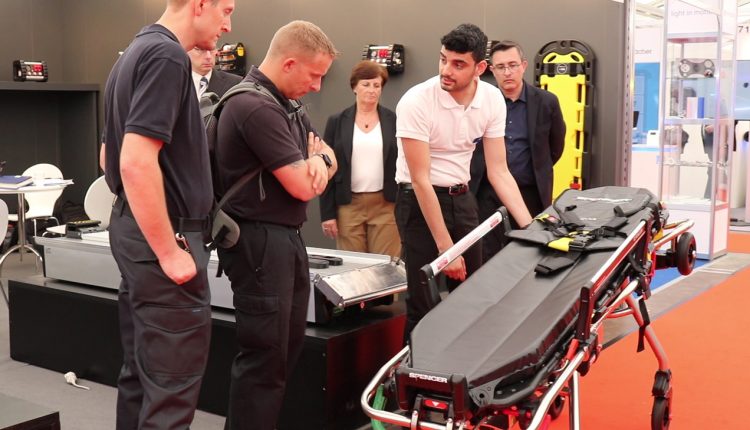 The exhibitors presented themselves on an area of more than 70,000 square meters with 20 halls and a large open-air area. In the off-road terrain, fire brigades, the German Federal Agency for Technical Relief and the German Bundeswehr demonstrated their skills in exciting campaigns. The 18th RETTmobil 2018, trend-setting and up-to-date, documented the high standard of technical and medical equipment of the internationally exemplary rescue service in Germany. The highly topical education programme was fully booked at an early stage. For the Fulda fire department, RETTmobil was an ideal advertising and communications platform.

Inside of a german ambulance: WAS VEHICLES

Rettmobil Is An Export Hit

Manfred Hommel, Chairman of the Association of Manufacturers of Ambulance and Rescue Vehicles (IKR e.V.), the conceptual sponsor of the exhibition, is particularly proud of the huge success of the “world’s best and most important forum for innovation, safety, quality, competence, and training”. The quality of services and products could hardly be improved, said Hommel and attested to the exhibition “the highest level of presentation in all areas”. During the opening, Hommel’s assessment that there is nothing comparable to Rettmobil worldwide was confirmed. Now it is a matter of making the globally unique German rescue system an export hit. The proposal by Hartmut Ziebs, President of the German Fire Services Association, to make the Rettmobil the meeting place for all Presidents of rescue and aid organizations was very positively received.

Inside of a Dutch ambulance: VISSER

“Very Satisfied In Every Way”

“Petra Dehler-Udolph and Dieter Udolph, Managing Directors of Messe Fulda GmbH, are also very satisfied in every respect and are responsible for the planning, preparation, and implementation of the solitary exhibition. All exhibitors had been extremely positive about the stands, the presentation, the quality of the services and products, the visit and the organization. There is already a “huge demand” for the 19th RETTmobil 2019, the preparations for which have already begun. The trade show organizers pointed out the importance of RETTmobil for Fulda as an event for the hotel and catering industry. The trade show could open up excellent opportunities for the city of Fulda in terms of business and job opportunities. The Udolphs are pleased that Rettmobil is a matter of the heart for the city of Fulda, as Mayor Dr. Heiko Wingenfeld (CDU) emphasized during the opening address. The two managing directors are certain that the traffic situation will be further improved.

During the opening tour, Mrs. Petra Dehler-Udolph was honored with the St. Florian Medal of the City of Fulda in silver at the stand of the Fulda Fire Department for her many years of extraordinary commitment.

IKR chairman Hommel reported that many transactions were not only initiated but also concluded during the fair. In addition, excellent contacts were established at an international level. These facts opened up excellent prospects for RETTmobil’s future. Digitalization and electromobility are also on the rise in rescue services. In the foreseeable future, the first electrically powered transport vehicle will be presented.

The top-class supporting programme with the very well attended lectures at the trade show forum and the seminars and workshops offered by the medical rescue services have once again proved the value, for which Professor Dr. Peter Sefrin was responsible. As the scientific director of the education department reported, the main topics of terror attacks, amok runs and violence against rescue forces had been met with the greatest response.

The Fulda fire department had prepared an exciting advanced training programme for emergency personnel: Demonstrations of the height rescue group and the use of a new 42-meter high telescopic mast platform.

The exhibition was accompanied by local, regional and international media and above all by the trade press. Journalists from Germany, France, Italy and the USA were accredited.

Eurosatory 2018: RT LTA exposes the new capability that will allow all SkyStar aerostat systems to transmit live stream video from the aerostat to anywhere in the world

Autism spectrum disorder: from Italia Emergenza a FAD with 30 ECM on the approach to…