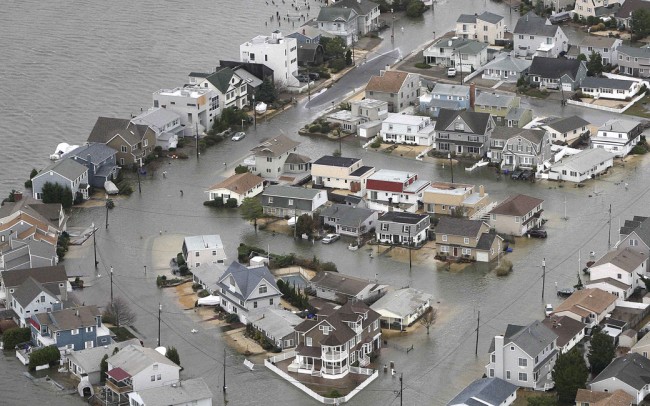 4 low-tech solutions for communications in emergencies

Humanitarian workers are increasingly turning to ‘medium-low’ or ‘low-tech’ solutions as some of the infrastructure that is needed to implement ‘high-tech’ solutions is non-existent in rapid-onset or complex emergencies.

Innovation, in the humanitarian realm, is about finding sustainable and dignified solutions to the most pressing issues that affect the wellbeing of people affected by conflict, man-made or natural disasters, diseases, and food insecurity. Sometimes, in the process of finding these solutions, we encounter tools that help us deliver them in a better, faster, and more participatory way. Some of these tools are considered ‘high-tech’, while others are ‘low-tech’. This is particularly the case for Communicating with Communities (CwC) during emergencies.

So, what is the difference between ‘high-tech’ and low-tech’ solutions? OECD attributes ‘high-tech’ to those industries that engage in intensive Research and Development (R&D), for example the aircraft, computing, or pharmaceutical industries. Every day we see developments on ‘high-tech’ products: drones made out of lighter materials, computers that fit on your wrist, and medicines that cure new diseases.

Normally, when we think of a “technological solution” to a humanitarian emergency, we think of social media networks set up to report missing people; we think of 3-D printers that create first-aid and hygiene kits; or drones that capture temperature photos of disasters in order to locate warm bodies in rubble.

However, in rapid-onset or complex emergencies, some of the infrastructure that is needed to implement ‘high-tech’ solutions is non-existent. This is why humanitarian workers have turned to a whole territory of solutions that come from the ‘medium-low’ or ‘low-tech’ industries, such as automotive, machinery, textile, and simple electrical devices. These technologies are considered ‘low-tech’ because, as they’ve existed for many years, they engage in fewer R&D activities. Nevertheless, they are the ‘grandparents’ of more current technological innovations and they have proven to be quite effective in responding to humanitarian crises, especially where ‘high-tech’ solutions fail.

During emergencies, communicating effectively with communities can often be life-saving. And, ‘low-tech’ solutions have proven to be effective in improving contact and dialogue with emergency-affected populations. Here are four cases:

Category-5 typhoon, Haiyan (Bagyong Yolanda) reached the shores of eastern Samar in the Philippines in early November 2013, killing 6,300 people in its path. Haiyan is considered the deadliest super-typhoon in the history of modern Philippines, displacing more than 1.9 million people who were forced to leave their homes.

With a 10-minute sustained speed of 230 km/h (145 mph), the typhoon interrupted major satellite telecommunication, leaving people without access to mass media or cellphones in the immediate aftermath of the disaster. As a result, people turned to a ‘low-tech’ solution to obtain critical information and community support: the local community radio.

The community used radio as a way to share messages on the provision of basic services. They also collected feedback through short-message service (SMS) and phone calls from concerned populations. In addition to this, radio programming provided psychosocial support to listeners. And on Saturday mornings the station broadcasted “The Accountability Hour”, where listeners called in to ask questions on service delivery for health, sanitation, and shelter to humanitarian agencies and government representatives.

On January 2010, a magnitude 7.0 Earthquake hit Haiti, with an epicenter approximately 25 kilometers (16 mi) away from the capital, Port-au-Prince. The earthquake killed 220,000 and forced 1.5 million to abandon their homes due to severe infrastructural damage. Telecommunications were also greatly affected as the island nation lost the majority of communication towers.

Humanitarian organization, InSTEDD partnered with DigiCel, the largest cellphone provider, to develop an SMS short code to report emergency messages: the 4636. The service was offered freely to affected populations so that they could send emergency messages. These messages included updates on food distribution and reports on missing persons. Ushahidi scaled this idea and input the SMS emergency messages into a database where they could be mapped. But, it wasn’t technology that took this innovation to the next level; it was manpower. An army of volunteers – supported by technology – assisted with translating messages from creole into English/French. This information was sent to humanitarian organizations for immediate response.

Indonesia is one of several countries that are most affected by monsoon rains. In June 2014 heavy rains caused such massive flooding in the northern part of the country that 13 people were killed and 40,000 were displaced from their homes. People lost their lives and their precious belongings because there were no early warning signs that water levels were rising suddenly to dangerous levels. Sensors can solve this problem.

This technology, combined with SMS can serve as an early-warning system for floods. When the water level rises, the sensor will trigger an alert to a GSM modem to send an SMS to phone subscribers. This video demonstrates how it works on a large scale.

‘Low-tech’ solutions can also be accompanied by ‘high-tech’ solutions to strengthen their effectiveness. This can be seen in the case of the city of Jakarta where a government-led initiative on social media made it possible to share flood information on Twitter, while the data was then visualized on a map.

Frequency Modulation (FM) is the most common radio wave, and it is used particularly because of the quality of sound. However, if FM waves encounter a mountain, for example, the signal is lost. For this reason, shortwave, which is a type of Amplified Modulation (AM), is the best way to transmit radio in inaccessible places, because their waves travel farther due to their length.

This is the case of Radio Ergo that created a program called Freedom Fone that allows listeners from remote areas to call the station and ask questions on, for example, health-related issues. The station studio is located in Nairobi, but it transmits to Somalia via United Arab Emirates. A setup like this can give journalistic freedom in a case where there may be government-imposed restrictions on access to radio programming. Humanitarian agencies are taking advantage of this, and are developing new programming with Radio Ergo that focuses on disaster and disease prevention, protection, and livelihoods.

‘Low-tech’ solutions, either combined with ‘high-tech’ solutions or used alone, can be lifesaving and inspire hope in a situation of despair. They are by no means the panacea for communicating with disaster-affected communities in onset or complex emergencies. However, they provide an additional channel for reaching those in most need. ‘Low-tech’ can never substitute human interaction or face-to-face contact, but it can be effective in communicating vital information to save lives.

from ReliefWeb Headlines http://bit.ly/1I4oIbe
via IFTTT