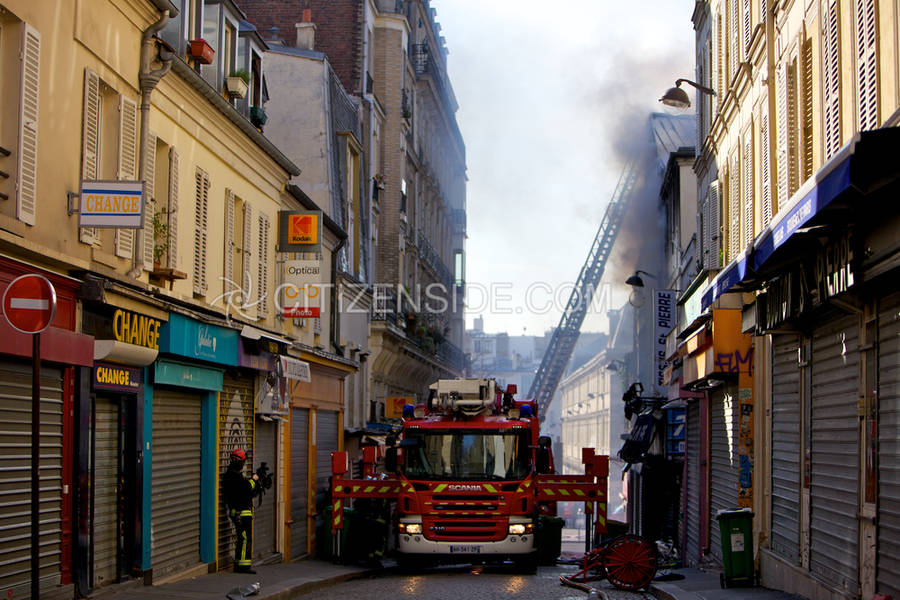 PARIS (AP) – Police say that a blaze in the Montmartre district kill eight people, including 2 children. Police sources says that the fire cause is unknown. Blaze start around 4:30 AM and took more than 100 firefighters to contain it, from the Sapeur Pompiers Headquarter in Montmartre. Firefighters declared that they had the blaze, thought to be one of the worst in Paris for several years, under control at around 7:30 am. The eight victims included two who died after they attempted to escape through windows, according to police. A source close to the investigation said two children were among the victims. Interior minister Bernard Cazeneuve, present at the scene, said that in addition to the eight dead, four were in a critical condition. He said it was “too early to determine the causes of this tragedy”. Criminal prosecutors have taken over the investigation, suggesting authorities believe the blaze was not an accident. The fire started on the ground floor before spreading into the stairwell. Paris mayor Anne Hidalgo said around 15 buildings in the working-class area of the district had been affected by the inferno. The main apartment block affected was a private building, not a block of flats for low-income families, she added.