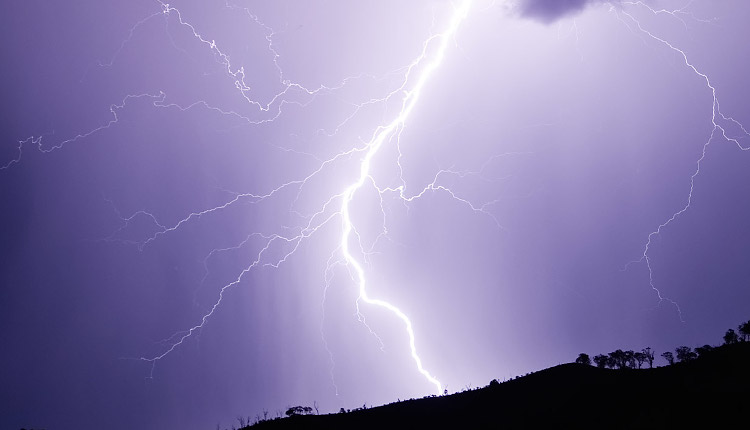 In India, lightning strikes killed more than 100 people. Among the victims, there are many farmers and children who were outside.

The entire Asian country is upset for the terrible lightning strikes happened in two different areas of India today. They killed more than 100, according to authorities.

Lightning strikes in India, where did they hit?

In Uttar Pradesh (North of India), a lightning strike killed 24 people in the past 24 hours. The information has been declared by Aditi Umrao, the Uttar Pradesh State Disaster Management Authority.

Meanwhile, according to the state government, in Bihar, at least 83 people were killed in lightning strikes yesterday. Totally, authorities counted 107 people who died.

The Gopalganj district seems to have the highest death toll, with 13 people killed, according to Sandeep Kumar, the director of Bihar’s Disaster Management Department. He disposed of compensation of $5,300 for the families in India who have lost loved ones because of this lightning strikes.

Main deads are farmers who were outside to prepare their fields just as the monsoon rains arrived. Seeding before the rains is very important and this caused their death, unfortunately. Narendra Modi, the Indian Prime Minister tweeted that this is “tragic news” and assures that now, the Government is supporting the relief works.