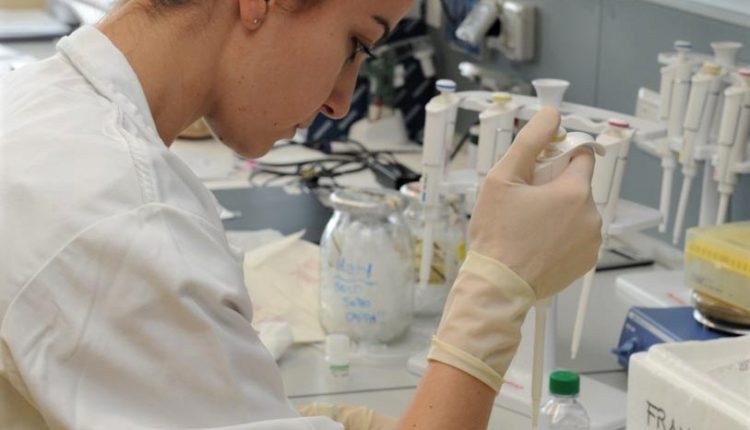 The Medicines Agency, which had approved the use of these therapeutic tools in February, recently gave the green light to two new formulations, which allow us to look to the future of the fight against Sars-CoV-2 with confidence.

Monoclonal antibodies are antibodies directed against a single antigen from a single cell clone; they are manufactured using cellular immunology and genetic engineering techniques in specially equipped laboratories.

They should be administered to people who have yet to overcome the disease and should be used within 72 hours of the start of the infection and no later than 10 days after detection of the virus.

Monoclonal antibodies are proving to be a very effective weapon in the fight against Sars-CoV-2, blocking the advance of the infection,” emphasises Prof. Massimo Andreoni, scientific director of the Italian Society of Infectious and Tropical Diseases, Simit.

“We are currently using them in clinical practice in patients at high risk of disease progression, i.e. those who are over 65 years old, suffer from comorbidities or who use immunosuppressive drugs.

It is intended to be used mainly in individuals who have not been vaccinated, but also in those who have had a low antibody response to the vaccine.

The data show that in more than 95% of cases they are able to block the evolution of the picture.

The main difference with vaccines is that they are a ready-made product, as they are antibodies built in vitro and are very selectively active against the virus, recognising a specific antigen of the spike protein against which they are directed, whereas the vaccine has to determine an antibody response within the body’.

THE PRESENT AND FUTURE OF MONOCLONAL ANTIBODIES, BETWEEN VIRUS VARIANTS AND NEW USES

The encouraging results from the use of monoclonal antibodies are further fuelled by the new approvals made by AIFA.

On 25 November, by means of Determination 156, the Medicines Agency approved Celltrion Healthcare’s monoclonal antibody CT-P59 (Regdanvimab), which has already been used in other countries around the world and was authorised by the EMA in recent months.

In South Korea, more than 20,000 patients will be treated with Regdanvimab in 129 hospitals until November 2021.

Today we have several types of monoclonal antibodies available, all of which are very effective,” comments Andreoni. “We can use Casirivimab-Imdevimab or Bamlanivimab-Etesevimab in combination, and Sotrovimab and Regdanvimab alone, the last of which was approved by Aifa at the end of November.

The addition of new options represents a valuable enrichment.

Some variants, in fact, if they present different antigens than usual, could escape monoclonal antibodies.

Those available today, thanks to constant updates, are able to combat all the variants that have so far arisen.

The latest arrivals have already been built to respond to the variants that are circulating”.

The use of monoclonal antibodies is also encouraged by the various uses that will be possible in the near future.

Monoclonal antibodies will soon be registered for prophylaxis, i.e. to prevent the onset of infection in individuals who have been exposed to the virus or in particularly fragile individuals to keep them covered from the risk of infection,” adds Andreoni.

Finally, in addition to prophylaxis of the infection and prevention of disease progression, they can also be used to treat the infection in patients with respiratory failure and an advanced clinical picture of the disease.

They can therefore be adapted to all the different possible stages of Sars-CoV-2 infection.

THE ROLE OF FAMILY DOCTORS AND THE CASE OF VENETO

In order to allow effective implementation of this therapeutic approach, which must be administered rapidly from the first appearance of symptoms, the role of the family doctor, to whom each patient must turn from the first alarm bells, is fundamental.

The availability of this therapeutic option allows us General Practitioners to promptly refer people at greater risk of a complicated evolution of the infection, which we, as the first sentinels of the health of each citizen, can quickly identify,” points out Maurizio Cancian, coordinator for the Veneto region of the Italian Society of General Medicine and Primary Care – SIMG.

It is important that each patient reports the initial symptoms to their doctor in good time in order to be able to intervene if necessary by proposing this therapy in the early stages.

In Veneto, as in other regions, there is a portal for GPs where all the information on swabs, monitoring and vaccines is available.

In the case of Covid-positive patients at risk due to age or other pathologies, we enter the risk factors on the portal and they are sent to the nearest monoclonal antibody centre, which can assess and possibly proceed with the early administration of this therapy.

There are 2 or 3 centres in Veneto for each province. So far, our region has been one of those that has administered the largest number of monoclonal antibodies.

Among my patients, where the percentage of vaccinated people is 88%, about ten have received this type of therapy, a trend that has intensified in recent weeks with the fourth wave.

All the people who received this treatment were unvaccinated people who were infected.

Covid And HIV: ‘Monoclonal Antibodies For The Cures Of The Future’

Back pain: the importance of postural rehabilitation

Transesophageal echocardiogram: what does it consist of?