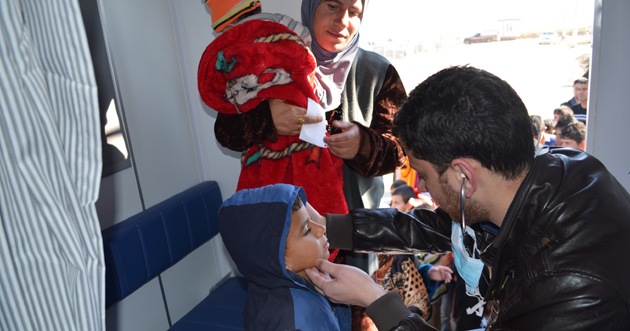 In the early hours of 3 October, rockets slammed into a Médecins Sans Frontières (MSF) hospital in Kunduz, Afghanistan, killing at least 14 health workers and injuring 37

An MSF clinic in the southern Yemen city of Taiz was bombed on 2 December, injuring 9 people, including 2 MSF staff. Since 2012, almost 60% of hospitals in Syria have been partially or completely destroyed, and more than half of the country’s health workers have fled or been killed.

From Ukraine to Afghanistan, healthcare workers are in the line of fire. In 2014 alone, 603 health workers were killed and 958 injured in such attacks in 32 countries, according to data compiled by the WHO from a range of sources. The attacks and deaths are tragic enough, but the loss of health workers, services and facilities results in less care for people, compounding the suffering caused by conflicts and other emergencies.

“Protecting health care workers is one of the most pressing responsibilities of the international community,” said Jim Campbell, director of WHO’s Health Workforce department. “Without health workers, there is no health care.” Until now, data on attacks against health workers has been piecemeal and there has been no standard way of reporting them.

To address that need WHO developed a new system for collecting data that is being tested in Central African Republic, Syrian Arab Republic and West Bank and Gaza Strip. It will be available for use early next year. But the project doesn’t only aim to collect data. It also plans to use the information to identify patterns and find ways to avoid attacks or mitigate their consequences.

“Every time a doctor is too afraid to come to work, or a hospital is bombed, or supplies are looted, it impedes access to health care,” said Erin Kenney, who manages the WHO project that has developed the new system.

In Pakistan, where 32 health care workers and other personnel involved in polio eradication have been killed since 2012, there have been fewer incidents since vaccinators switched from four-day campaigns to one-day campaigns, and studied the safest times to dispatch vaccinators.

“It’s being clever about the way we do things,” Kenney said. “We’re negotiating access routes so we can get people in and out, evacuate hospitals, and pre-position supplies so hospitals can be resilient.”

Attacks on hospitals and clinics in conflict situations are just one of the threats health workers face. During West Africa’s Ebola epidemic, a team of 8 people trying to raise awareness about the outbreak were killed in Guinea amid a climate of fear and suspicion. More than 400 health workers lost their lives after becoming infected while treating Ebola patients.

The WHO’s first global report on attacks against health will be published next year.

In December 2014, the United Nations General Assembly agreed to strengthen international efforts to ensure the safety of health personnel and to collect data on threats and attacks against health workers. A WHO report calling for measures to improve security for workers and health-care for patients is being presented to the assembly this month.

WHO has also developed a global strategy to help countries address health workforce challenges as they progress towards universal health coverage. In fragile states and countries in chronic emergencies, the strategy calls for additional protection of health workers from violence and harm.