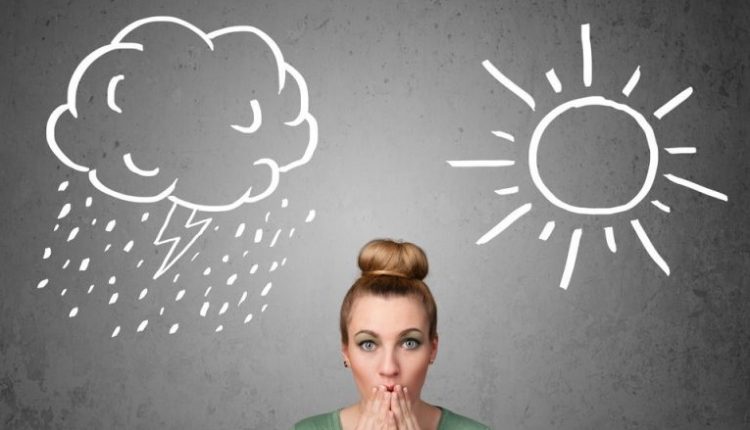 Meteoropathy and time change – it sounds like a simple saying, but it’s really true: climate and weather can affect mood, just as the time change causes some people discomfort

Some clinical conditions, such as depression, have their biological roots in altered circadian hormonal rhythms related to humidity, exposure to light and sunlight, rain and heat.

So it is not just a cultural attitude that makes some people say when faced with a rainy weekend ‘I don’t feel like doing anything in this weather’: it is a real biological inclination.

Changes in temperature, in general, can generate anxiety: the greyness of rainy days, the darkness that becomes increasingly enveloping in winter are depressants, as are drops in blood pressure.

However, not everyone is affected in the same way by meteoropathy, and several examples in the literature suggest that some people need sun and warmth more than others, or that others cannot tolerate temperature changes and the greyness of a leaden sky, or that still others cannot feel good in summer and prefer cold and winter weather.

The discomfort of “time change”

It is estimated that as many as 12 million Italians suffer significant discomfort when the time changes.

The time change, with the passage from daylight saving time to solar time, takes place in autumn, a season that for many people represents a difficult time to cope with due to an individual sensitivity that sometimes defines a real disorder, called by specialists SAD: “seasonal affective disorder”.

There are studies documenting a change in the quality of sleep, both in terms of duration and the perception of well-being during the day.

These consequences can be explained by the chronobiology of certain physical and mental processes.

The hormonal and cerebral activities that regulate sleep and mood disorders have a daily, monthly and annual rhythm.

In fact, it seems that depression is precisely the disease of biological rhythms: an alteration in these rhythms would precipitate the mechanisms that generate the depressive syndrome, made up not only of a sense of loss of life, pessimism, guilt and apathy, but also of more ‘physical’ symptoms that are more intuitively linked to circadian rhythms, such as insomnia or lack of appetite.

These effects are partly modulated by the amount of light we are able to gather during the day. The most frequent symptoms are:

The effect of the time change can differ greatly from person to person, especially depending on whether they are constitutionally more early risers (the so-called “larks”, who have a propensity to “work” more in the early hours of the day) or more night owls (who prefer to work and be active in the evening): as a rule, early risers are more affected by the change in summer time.

Changing the time: a few tips to help you cope at best