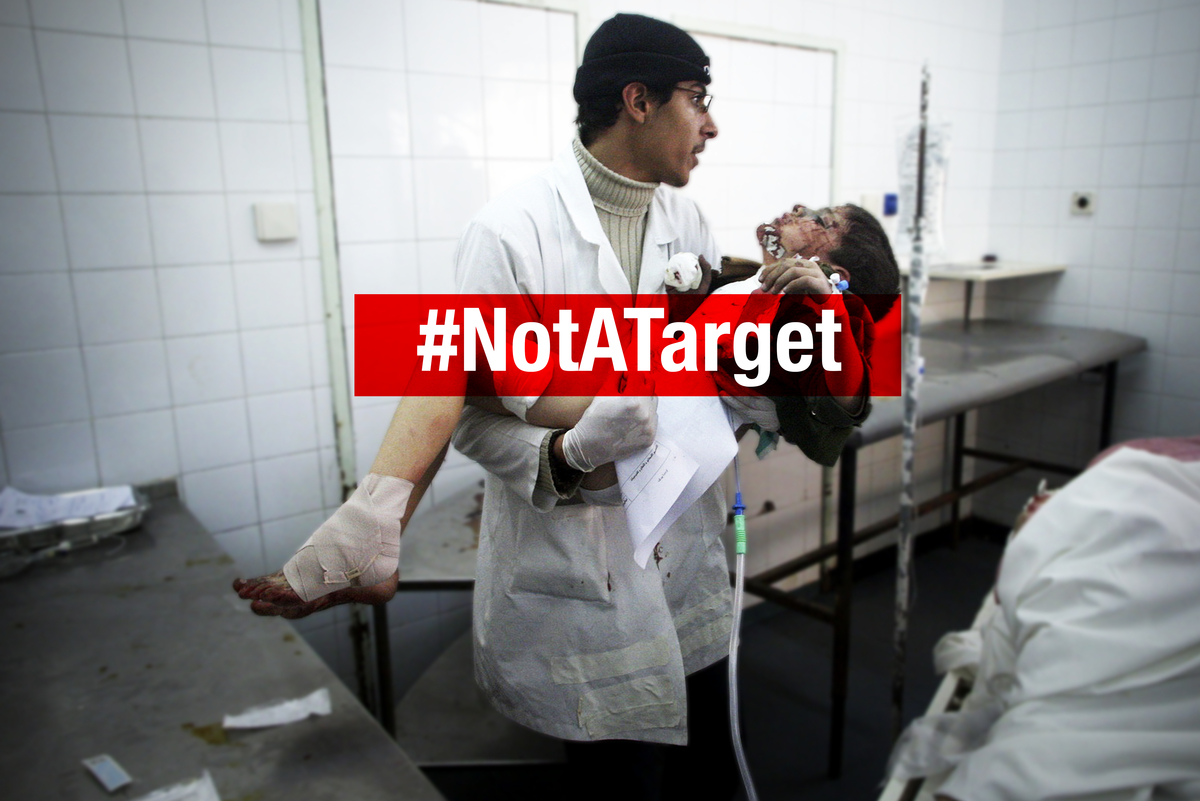 Doctors Without Borders has launched a social media act of solidarity to stand up for the protection of civilians and civilian infrastructure, patients, medical staff and hospitals in conflicts.

On May 3, 2016, the United Nations Security Council will vote on a resolution designed to stop future attacks against hospitals, patients and civilians in war zones. We have closely followed the drafting of this resolution, and now we need your help to make sure it will be as strong as possible.

Doctors Without Borders/Médecins Sans Frontières (MSF) has launched a social media act of solidarity to stand up for the protection of civilians and civilian infrastructure, patients, medical staff and hospitals in conflicts.

A few months ago, after our hospital in Kunduz, Afghanistan, was attacked and destroyed by the United States military, you helped Doctors Without Borders stand up for the protection of medical facilities by signing our petition calling for an independent investigation into the bombing.
We are hoping you’ll join us in the next step in that campaign.
Specifically, Doctors Without Borders wants to make sure that this resolution will:

MSF - Hospital on the hill for Rohingya refugees in…

Ebola update: How does MSF care for patients suffering in…

Fluid resuscitation in bleeding trauma patient: are you aware of wich is the right fluid and the right strategy?

If Prince was a Drug Addict…So was I