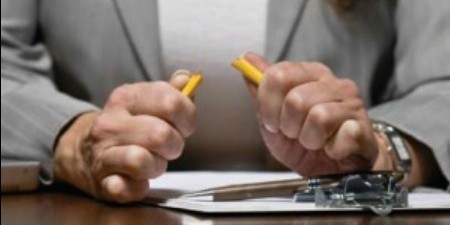 How to manage behavioral emergencies

A behavioral emergency, also called a behavioral crisis or psychiatric emergency, occurs when someone’s behavior is so out of control that the person becomes a danger to everyone. The situation is so extreme that the person must be treated promptly to avoid injury to themselves or others. Time is of the essence in a behavioral emergency, so it is important to recognize the symptoms of this type of emergency and to realize the degree to which the situation can escalate if immediate steps are not taken to diffuse the situation.

The symptoms of a behavioral emergency include extreme agitation, threatening to harm yourself or others, yelling or screaming, lashing out, irrational thoughts, throwing objects and other volatile behavior. The person will seem angry, irrational, out of control and unpredictable. The unpredictable nature of this type of emergency can lead to injuries to bystanders if the sufferer displays violent behavior during the episode.

Reasons for Behavioral Emergencies
Behavioral emergencies can arise due to mental illness, substance abuse or another medical condition. Medical conditions that can cause the type of mental changes required for a behavioral emergency include low blood sugar related to diabetes or hypoglycemia, hypoxia, a traumatic brain injury or reduced blood flow to the brain and central nervous system infections such as meningitis.

In general, all possible physical medical conditions or substance abuse explanations should be ruled out before blaming a behavioral emergency on a mental illness, especially in someone who does not have a previous diagnosis or history of other symptoms. Mental changes that have a sudden onset or that are accompanied by incontinence, memory loss, excessive salivation or visual (in the absence of auditory) hallucinations are more likely to be caused by a physical condition rather than a mental illness.

Anxiety’s Role in Behavioral Emergencies
Anxiety is a common mental condition that can also lead to a behavioral emergency. Approximately 10 percent of all adults suffer from anxiety, making it the most prevalent psychiatric illness. Symptoms of anxiety include extreme uneasiness and worry, agitation and restlessness. Although the symptoms of anxiety are relatively easy to recognize, it is often misdiagnosed. People who suffer from anxiety can have panic attacks, which are intense episodes of fear and tension that can overwhelm the sufferer and quickly lead to a behavioral emergency. The sufferer may lose the ability to concentrate, focus and rationalize feeling and body’s responses to those feelings.

Symptoms of a panic attack include:

If a sufferer learns to recognize the symptoms of an impending panic attack before the symptoms become too extreme, that person may avoid a behavioral emergency.

The Role of Violence in Behavioral Emergencies
he biggest danger of a behavioral emergency is that it may result in harm to the sufferer or bystanders. Up to 70 percent of those suffering from a behavioral emergency attempt to assault others or display behavior that can harm others, so this is a very real concern. The first priority should be the safety of all the people involved the situation, followed by attempts to diffuse the situation and the treatment of the sufferer to avoid future emergencies. There are many reasons why someone may become violent during a behavioral emergency, including a real or perceived threat, fear and panic, head trauma or the influence of a substance. Warning signs of impending violence include pacing, yelling, making threats and clenched teeth or fists. These warning signs should be taken seriously and not overlooked, as ignoring them could have disastrous and even fatal results.

Ways that a sufferer may become violent include direct physical violence, the threat of physical violence with a weapon and throwing objects in the direction of others. Although the desire may be to help the sufferer, personal safety should be most important.

Techniques to Handle a Behavioral Emergency
If you are confronted with a behavioral emergency it is important to stay calm. Your fear and uneasiness will only escalate the situation and possibly make the sufferer’s panic and agitation worse. It is important to speak directly to the sufferer, establish and maintain eye contact and speak reassuringly. Do not make any sudden movements that can be misinterpreted by the sufferer and keep some distance between the two of you. Remain with the sufferer at all times.

Behavioral emergencies can be stressful for all involved. These situations are not uncommon, so it is important to know how to deal with them. Keeping calm and keeping the sufferer as calm as possible will go a long way in making the situation as bearable and safe as possible until it is diffused completely. The sufferer will likely require intensive treatment after the episode to either recuperate from an underlying physical medical condition or to diagnosis and treat a mental medical condition or substance abuse problem. Treatment is important to reduce the chance of a second episode.