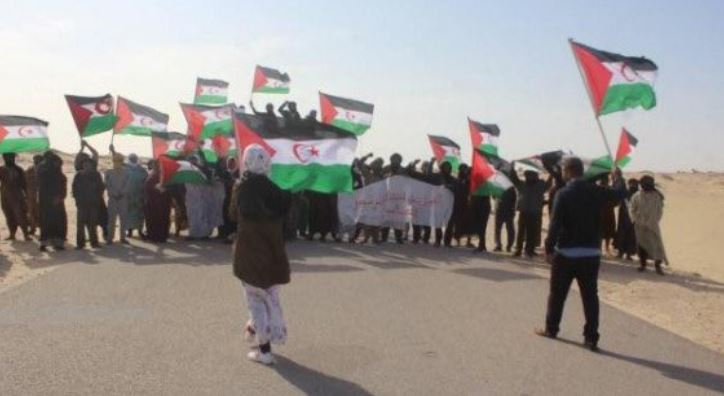 Western Sahara: Giulia Olmi, project coordinator for the International Committee for the Development of Peoples (Cisp), comments on the situation on the border between Morocco and Western Sahara.

Western Sahara, the resumption of war between Morocco and Saharawi people would be a disaster

“The resumption of a war between Morocco and the Sahrawi People’s Liberation Army would be a disaster: about 100,000 people live in the liberated territories, who would be forced to leave their homes and goods to become refugees in Mauritania or the refugee camps in Tindouf, Algeria.

Tensions are all along the line marked by the Moroccan wall, and several southern families have already moved to the Mauritanian border for their safety, waiting to be transferred to Tindouf.

There, according to official UNHCR figures from 2018, there are already 173,600 people living there who have been dependent on humanitarian aid since 1975.

The international community must choose what the priority is: to ignore these people already frustrated by the conflict that has so far privileged Morocco, or to show consistency, at least from a humanitarian point of view, and to assist these people, left more and more alone”.

The alarm is raised by Giulia Olmi, coordinator of the projects for the International Committee for the Development of Peoples (Cisp), NGO present since 1984 in the refugee camps of Tindouf, Algeria, and since 2013 in the strip of land east of the wall built by Morocco and crossing the disputed territory from north to south.

“This is the territory under the control of the Polisario Front, under the jurisdiction of the government of the Sahrawi Democratic Arab Republic established in 1976- continues the responsibility – and where between 80 and 100,000 people live.

I recall that Morocco, according to the resolutions of the United Nations and the Court of Justice in The Hague, has neither sovereignty nor control over Western Sahara.

And while the prospect of the referendum awaited since 1963 is moving away, for Olmi “Morocco continues to break any rule of international law or UN resolution in general silence”.

The sending of the Moroccan army to the buffer zone of Gargarat last Friday, to end the protest blockade that the Sahrawi community had imposed on the traffic of goods, was considered by the Polisario Front as a violation of the ceasefire in force since 1991, and so Secretary-General Brahim Ghali decreed “the state of war”.

Fire exchanges have been reported, so far without casualties.

“Algeria in many stretches is only 50 kilometers away so there is the risk of an international crisis” warns Giulia Olmi again.

The collaborator, who has been working for years with the Sahrawi communities, denounces more generally an “abandonment” of these people: “UN agencies, together with NGOs in the field, in May, called for 15 million dollars to guarantee at least the basic food needs in refugee camps, which in times of drought also welcome nomadic shepherds.

Among the most widespread problems that the lack of resources causes in these populations, as Olmi says, “there is the delay in growth in children between 0 and 5 years or the spread of anemia among women.

The communities that instead of live in the liberated territories – continues the cooperation – do not receive aid because they are not considered refugees or displaced persons, and international agencies do not intervene in the dispute with Morocco”.

The option of returning to the west of the separation barrier remains, where “the Moroccan government donates funds and facilities – continues Olmi – but at the same time controls the Sahrawis, who cannot have contact with activists or engage in political activism.

The Moroccans themselves, while not supporting the cause of the Polisario, often denounce these violations of fundamental rights.