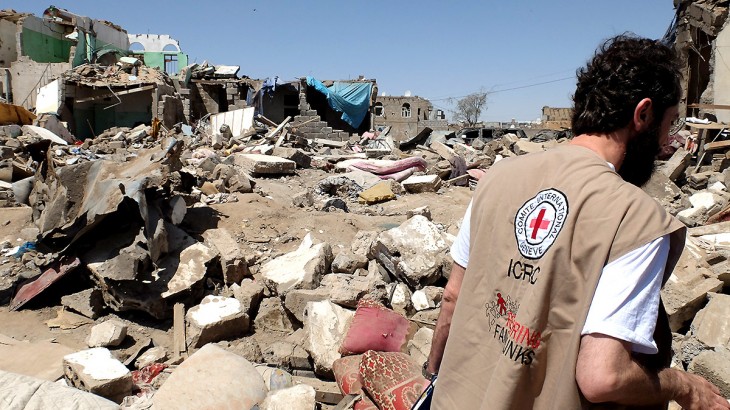 In many countries in the world, there are not always peace situations which can put on risk humanitarian associations. The risk for caregivers and first responders during a humanitarian mission is to be killed by armed groups, only for being in “their” territory.

Humanitarian associations are often involved in a humanitarian mission and projects on war fields and in case of famine all over the world. They also carry healthcare assistance in some poor villages in remote areas. The protagonist of this story is a professional nurse who has been dispatched with an ambulance in DR Congo to provide health support activities, thanks to the approval of local authorities. But something went wrong.

First responders in a humanitarian mission: the case

On the 28th of November, 2004 while conducting a survey in DR.Congo, we parked our cars after being in touch with local authorities and having their approval for conducting activities. Suddenly two unidentified men carrying guns appeared and started shouting at us, asking who we were and who had told us that there was mines in the area. They added we were suspicious and in the end, they imposed us they had to check all the cars including the ambulance and other items.

One of them was asking us about what we had inside the ambulance. I explained that we were caregivers and responders on a humanitarian mission, and as a medical staff member, we had only medical equipment onboard. Then he asked me how long we were going to last in the area? I replied we work 8 hours daily. We were fortunate as one of us could understand their local language.

He went to his colleague telling him that they have to call for other armed groups so that they will be able to kill us and manage to collect what we had. After being told what they were planning to do, we immediately shared the information with the team and stopped the work and left the area using another road.

Unfortunately, another International Organization’s humanitarian workers were aggressively attacked the same day and one person was killed and the area belonged to militants, there was no presence of government forces/police in the area due.

The alternative solution was the use of the United Nations Peacekeeping soldiers for protection. Due to other additional incidents of this kind, the area was declared unsafe and banned for a humanitarian mission until further eventual security improvement and was forced to move to another region South Kivu to work which was more stable.

I am choosing this case because in first we should have been in big trouble. Furthermore, we should have done more since the populations, were really in need of our services, but uncontrolled arm group had made the scene unsafe.

The reason why this happened was that we were not in touch with all armed groups’ leaders since they were uncontrolled and the Contact should have been maintained with these groups through local authorities, who for sure were in touch with them. But it is better as well to maintain contact with others actors or armed group’s leaders including population by letting them know who we are, kind of humanitarian activities, fundamental principles of the organization such as (humanity, partiality, neutrality… ).

The kind of compromises which had to be made are transparency, trustiness, clear communication systems to be established and strong security assessment, some security training are needed and could be the best way of keeping humanitarians protected.

How to face a multiple stabbing scenario?

Safety helmets for rescue workers: Certifications and ideas to buy the good one