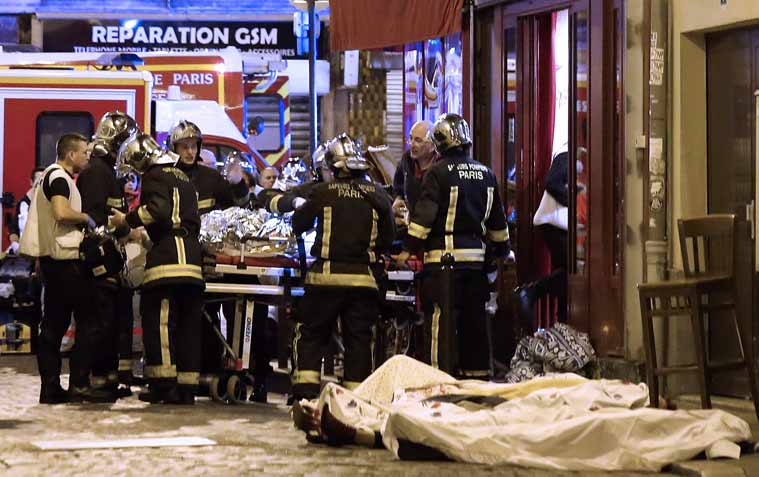 How to deal with PTSD after a terroristic attack? That is a common situation after which a Post-Traumatic Stress Disorder can occur.

PTSD, or Post-traumatic stress disorder develops following a stressful event or situation of an exceptionally threatening or catastrophic nature, which is likely to cause pervasive distress in almost anyone. PTSD is a disorder that can affect people of all ages. Around 25–30% of people experiencing a traumatic event may go on to develop PTSD. But how to deal with PTSD attack?

Australian researchers develop ‘world-first’ guidelines to support emergency service workers after a traumatic event, like the Paris terroristic attacks. The Australian National Guidelines for the treatment and diagnosis of PTSD in front-line professionals could be an important support for EMT, paramedics, volunteers and Firefighters (the well-known Sapeur-Pompiers de Paris) in these particular moments and help in how to deal with PTSD attack.

At least 8,500 fireman work in Paris and approximately 2.000 of professionals has been involved in the night of 11/13 in Paris. A lot of them have to face PTSD, for themselves of for helping their colleagues, that faces the terribleBataclan scenario.

How to deal with PTSD attack properly?

Doctor Harvey said all police, fire and ambulance officers were regularly exposed to dangerous and dire scenarios. “Sometimes that can be a trauma directed at them, such as in a case where a police officer is attacked by someone,” he said. “But other times — and perhaps more common— it is just them witnessing a traumatic event. “The cumulative exposure of lots of those incidents does cause problems for a sizeable proportion of emergency workers.”

Doctor Harvey said repetitive exposure could cause some workers to develop PTSD symptoms. “They then repeatedly re-experience the various trauma events they have been exposed to, and that can be through nightmares or flashbacks,” he said. “They get stuck in that aroused ‘fight or flight moment’ and so they are often very jumpy – they can’t sleep, they can’t relax. “They often also suffer depression, anxiety disorders and develop substance abuse problems.” Doctor Harvey said increased rates of suicide were seen among emergency workers who developed PTSD.

The Royal Australian and New Zealand College of Psychiatrists has independently reviewed and endorsed the new national guidelines. Doctor Harvey said the new guidelines were tailored to emergency workers, to recognise the pattern of symptoms and make an early diagnosis. The guidelines also explore how to treat PTSD among emergency workers, how to reduce the symptoms and the best ways to ensure the person can be transitioned back to work.

Doctor Harvey said it was difficult for some emergency workers to ask for help because of the stigma associated with mental illness and concerns about the impact on their career. “It is complicated because the reality is that if they have suffered from PTSD, you often have to remove them from the frontline to be able to treat them. “And then when they are feeling better, there is a difficult decision to be made about when they are ready to be potentially exposed to trauma again.

“But I think having these guidelines will at least allow these people to be on the pathway to the best evidence-based treatment early on… and we know that helps outcomes and we know these treatments are effective with emergency workers.”

TO ANALYZE AND DISCOVER MORE ON HOW TO DEAL WITH PTSD ATTACK, YOU CAN READ PAGE 166 OF THE OFFICIAL PTSD GUIDELINES (PDF VERSION)