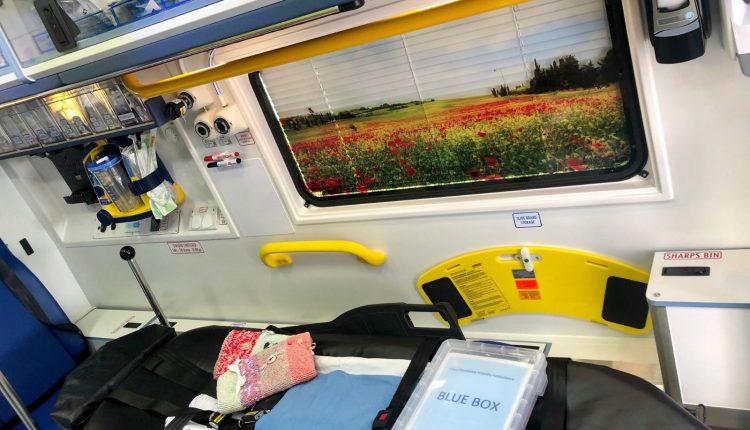 The first dementia friendly ambulance has gone live in the UK thanks to the East Midlands Ambulance Service (EMAS). What makes this ambulance different from the others?

The need for a dementia friendly ambulance came with the awareness that people affected by dementia are increasing and those who have been diagnosed, are getting even worse. EMAS felt the importance to meet the needs of those specific patient groups and make some small changes in the internal of the ambulances.

The window nearest the ambulance stretcher is now covered with a picture that, at a first quick view, can be only a nice picture of countryside, but it contains key points to help the ambulance staff engage and 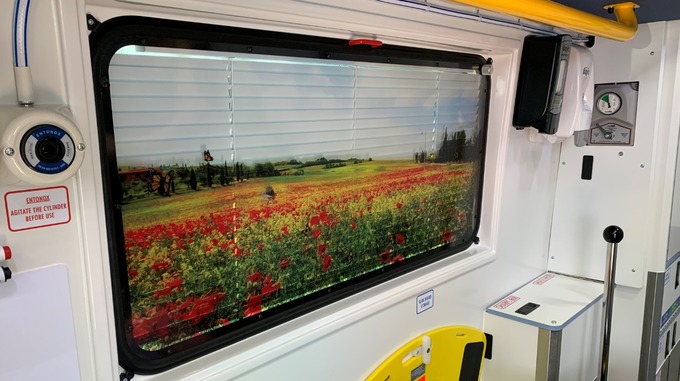 communicate with patients who are living with dementia.

There are some butterflies, some birds, also a fox. So the healthcare operators can play with patients, asking them to find the fox, for example. They can talk about people of their youth and try to remember where they played when they were children.

Another characteristic of this new window is that it prevents any reflexion, and that’s important because the reflection of windows can be very disorientating for patients and it increases anxiety. The aim of this new dementia friendly ambulance is to distract dementia affected patients, reduce anxiety and try to make them the most comfortable as possible.

Blue boxes are on each dementia friendly ambulance and it’s a toolkit for the ambulance staff. Anything within there is something that patients affected by dementia can touch and flex depending on how long patients have dementia, how progressed their dementia is, they might need a slightly different approach.

An example is knitted twiddle muffs. They are going to have also some items on the inside, so patients can put their hands in, keep them warm and busy. Doing this, they will hopefully stop them fiddling with straps on carrying chains on the trolley.

These include information such as what people like to be called, where they grew up, how they take their medication, things they don’t like and can be completed at home by patients and their carers for paramedic crews to refer to during future emergency call outs.

Researches demonstrated that music is a really effective way of reducing anxiety with many patients (not only ones who suffer from dementia). A USB device provided with music in specific decades to allow staff to choose tracks that patients are most likely to have positive reactions/memories to.

Ambulance crew can tailor playlists specifically for groups of patients and ages of patients that live with dementia, in order to be played in the back of the ambulance where the patient is. According to studies, music memory imprints in people is between 17 and 30, so ambulance crew, thanks to the “this is me” document, too can be aware of the age of the patient, and they can understand which era of music can be most memorable for the patient.

First responders: 10 Tips On How to Boost Your Mental Health. Become the Best Version of Yourself