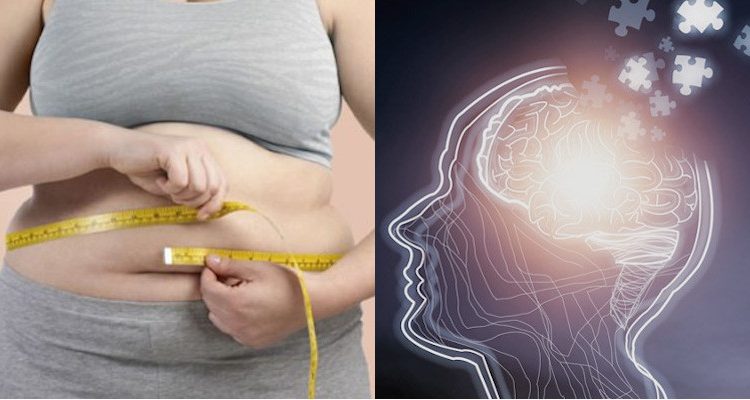 There is an ongoing study, funded by the Alzheimer’s Society, that is aiming to investigate the impact of adiposity cause by an obesity condition is going to have on the brain. It seems that the micro and macrostructure of the brain regions receive a heavy impact.

This article wishes to analyze what the study is aiming to and trying to explain the results that it is leading to. Obesity will be compared with an established genetic risk state for LOAD (Late Onset Alzheimers Disease). Here we are going to analyze the path of this study, which is carrying out for 3 years. In particular the question is, are obesity and alzheimer related?

Why did the Alzheimer’s Society decided to fund the research on the obesity and Alzheimer relationship?

This proposal could produce real evidence regarding the possibility of preventing or at least delaying the onset of Alzheimer’s disease. In view of the increasing prevalence of both obesity and dementia, this seems to be an excellent line of enquiry. This project links two major areas of public health concern and would make a significant contribution to lifestyle management guidelines, in addition to increasing our understanding of the physiological processes involved.

Are obesity and alzheimer related? How it has begun

Scientific Title: How do individual differences in midlife adiposity and APOE genotype as risk factors for dementia affect brain structure and cognition? A cross-sectional MRI study.

Obesity and dementia are amongst the largest public health problems in the Western World. Epidemiological studies indicate that midlife obesity doubles the risk of Late Onset Alzheimers Disease (LOAD). Hence, adiposity related changes in the brain may provide biomarkers for an individuals risk of developing LOAD, many years before the onset of dementia. This study aims to investigate the impact of midlife adiposity on the micro- and macrostructure in limbic brain regions and cognition. Adiposity-related changes will be compared with an established genetic risk state for LOAD, carriage of an APOE ?4 allele. This work will establish the link and interaction between these common risk factors.

Are obesity and alzheimer related? What do we already know

Obesity in mid-life doubles the risk of developing dementia at a later age, but the mechanisms behind the link between remain unknown.

The brain contains ‘grey matter’ and ‘white matter’. Grey matter consists of the ‘bodies’ of nerve cells. White matter contains the connections between cells and different areas of the brain – it is white because these connections are covered with myelin, a fatty layer that protects and speeds up the communication between cells. Healthy white matter is essential for good communication between different brain regions.

Being overweight has recently been linked by this researcher and colleagues to the weakening of a particular ‘pathway’ of white matter, called the fornix. The fornix connects an area of the brain essential to learning and memory, called the hippocampus, to other brain regions.

Damage and degeneration within the hippocampus is usually a primary feature of Alzheimer’s disease, and so damage to connections with the hippocampus may be related to the disease development. Fornix health has also been suggested as a predictor for the development of mild cognitive impairment in older age.

These findings suggest the possibility that excessive body fat may lead to complex changes that make the brain more vulnerable to neurodegeneration. However, the relationship between being overweight in mid-life and brain structure, especially in relationship to white matter connections such as the fornix, is not well understood.

Further, the gene APOE plays a role in transport of fats needed for myelin repair – one form of this gene, APOE4, increases the risk of developing late-onset Alzheimer’s disease, and it is unclear whether APOE4 plays a role in the relationship between body fat and white matter health.

Are obesity and Alzheimer related? The study methods

180 adults (35-65 years) will be stratified according to body composition and APOE genotype and cardiovascular health will be recorded. MRI will be used to quantify grey and white matter structure in the brain and off-line working memory and episodic memory tasks sensitive to APOE genotype, will be employed to estimate functional changes.

Are obesity and Alzheimer related? The outcomes

This study will identify whether midlife obesity is associated with a pattern of structural brain alterations comparable to that observed in APOE ?4 carriers. The results will aid our understanding of how midlife health factors affect dementia risk. Novel imaging and behavioural biomarkers of midlife risk exposure would pave the way for early intervention studies at a time where effects on brain structure and function may be reversible. This study is the first step to the development of such biomarkers.

How will this benefit people with dementia?

The results of this study will aid our understanding of how mid-life health factors affect dementia risk. Identifying individuals at high risk of dementia may play a role in future treatments and interventions to reduce the risk of dementia.

Dementia Friendly Ambulance in UK – What makes it unique?

Is it possible to reduce unplanned hospital admission for older people with dementia?

Is sugar causing the obesity ‘epidemic’?

Covid-19 and reopening, Washington University researchers are designing detectors for…

Past COVID-19 Infection Does Not Fully Protect Young People Against Reinfection,…