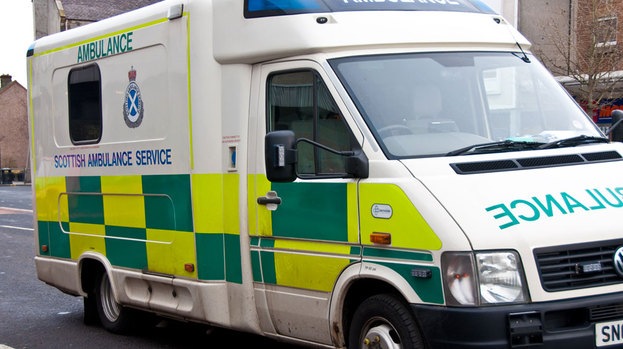 Paramedics in dangerous situations: NHS collaboration with the police

There are 2800 no-go zones in Scotland, due to safety fears. This is the number of addresses where NHS ambulances can’t go without police support

The number of zones has increased since 2012 more than 700%. The safety fears is a new problem among the NHS in Scotland. The red flags on the dispatcher’s screen are 2846 and everybody knows that they were very dangerous places.

Three years ago there were only 400 addresses in Scotland as banned areas for ambulances.

NHS paramedics and dispatchers can flag an address to control room workers in they are confronted with dangerous situations. This is a help for future intervention when ambulance crews are called to the same address at a later date.

With a red flag, they are allowed to request police assistance. The latest figures show Greater Glasgow recorded the highest number of “no-go” addresses for violence this year at 808 but in 2012 there were only 125 unsafe addresses.

A statement from the Scottish Ambulance Service said: “The safety of ambulance staff is paramount which is why the service takes appropriate measures to protect them.”

As one of a number of protective measures, individual addresses where there have been previous incidents of violence or threatening behaviour are flagged in control rooms. “This means that if a 999 call comes in from an address with a warning, dispatchers can identify that staff may be at risk and request additional police support.”

All crews are given training in the management of aggression and how to undertake a full risk assessment on arrival at the scene to establish if there is a potential danger.

“If ambulance crews feel their safety may be compromised, they are instructed to hold near the scene and await support from the police, or additional ambulance crews.”

The latest figures were revealed in a Freedom of Information request by the Scottish Conservative Party.

Scottish Tories health spokesman Jackson Carlaw said: “Front-line ambulance staff do an incredibly important job and they have the right to go about their normal duties without fear of being attacked.”

When someone is convicted of attacking a paramedic, the punishment should be severe enough to make it plainly clear that this will not be tolerated.

“At a time when budgets are constrained, we cannot afford to have ambulances waiting outside no-go addresses. This can also stop other crews from attending other life-threatening emergencies.”

It’s not the first time Scottish Conservatives have raised this but having done so it is surely inexcusable for the SNP to have sat back and allowed the position to deteriorate further while continually boasting of its records on health and crime levels.

“Violence should not be tolerated and the SNP government need to be looking at cracking down on those who attack our front-line emergency workers.”

Nurse staffing safety in ED: evidence review from the EMJ