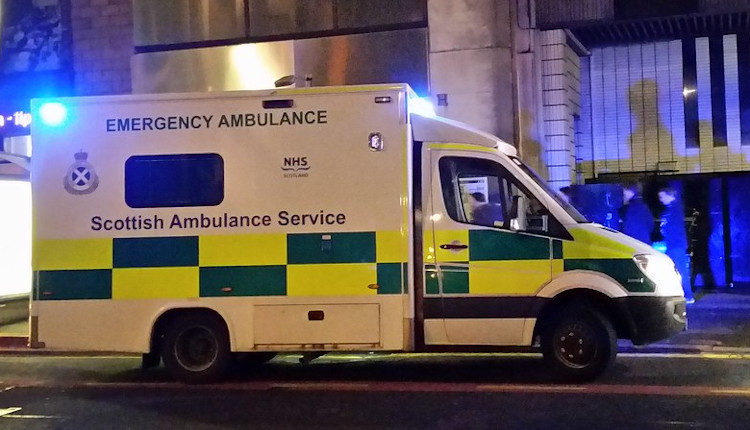 The ambulance staffing crisis is so harsh that all the unions in Scotland are pushing ministers to give bursaries to student paramedics.

Bursaries to student paramedics are the only solutions, at the moment, to solve the ambulance staffing crisis that is affecting Scotland. Also because, most of the students, according to the statistics, live under the poverty line and cannot complete studies in brief times.

As The Herald reported today, over 200 student paramedics, with the support of union leaders have launched a campaign calling for a bursary equal to the £10,000 nurses and midwives in Scotland, saying many are living below the poverty line due to a lack of financial support.

According to the last data, paramedic students in England and Wales, along with radiographers and physiotherapists were among those receiving a £5000 a year maintenance grant from the UK government from September 2020. In Scotland, unions allegedly said that there is no real support for paramedics. They are working full time with the Ambulance Service on placement during the pandemic.

Given the problem of the poverty line, which, as said, affects so many student paramedics in Scotland, this means many have to take second jobs if they can, to ‘survive’.

Too few paramedics on the ambulances: Scotland did not manage to cover 42,000 shifts, last year

It seems that the Scottish Conservatives asked the ambulance service to report how many shifts were rostered and filled in each of the last three years. Results are as follows:

There were concerns that paramedics and ambulance staff were having to take more time off sick due to anxiety, stress and depression. That’s why union leaders have supported the campaign od the Scottish Conservatives. Student paramedics are the key to solve this scenario.

Student paramedics in Scotland: what do ambulance services representants say?

The President of GMB Scottish Ambulance Service, Ross Herbert allegedly reported that the paramedic profession is evolving and it requires a full-time education. Students need, indeed, a significant financial burden in order to complete their studies.

The UNISON Scottish Ambulance Service national convenor Stevie Gilroy allegedly added that everyone should celebrate people choosing a career in the NHS, not penalising them with student debt.

A Pay Student Paramedics Campaign spokesman allegedly reported that many student paramedics have worked on the frontlines of the pandemic for the Scottish Ambulance Service. They stepped up to serve their communities when COVID-19 had its peaks.

Maybe we always have to bear in mind, that, like many other professions in the healthcare sector, student paramedics are the next generation of frontline workers and may save our lives, someday.

Paramedic students in the UK will get £5,000 yearly for…

Student nurses in the UK, they are "not deemed to be…

Poisoning: Russian opponent Aleksej Navalnyj was admitted to a hospital

Uganda, the health of mothers is a Constitutional Right