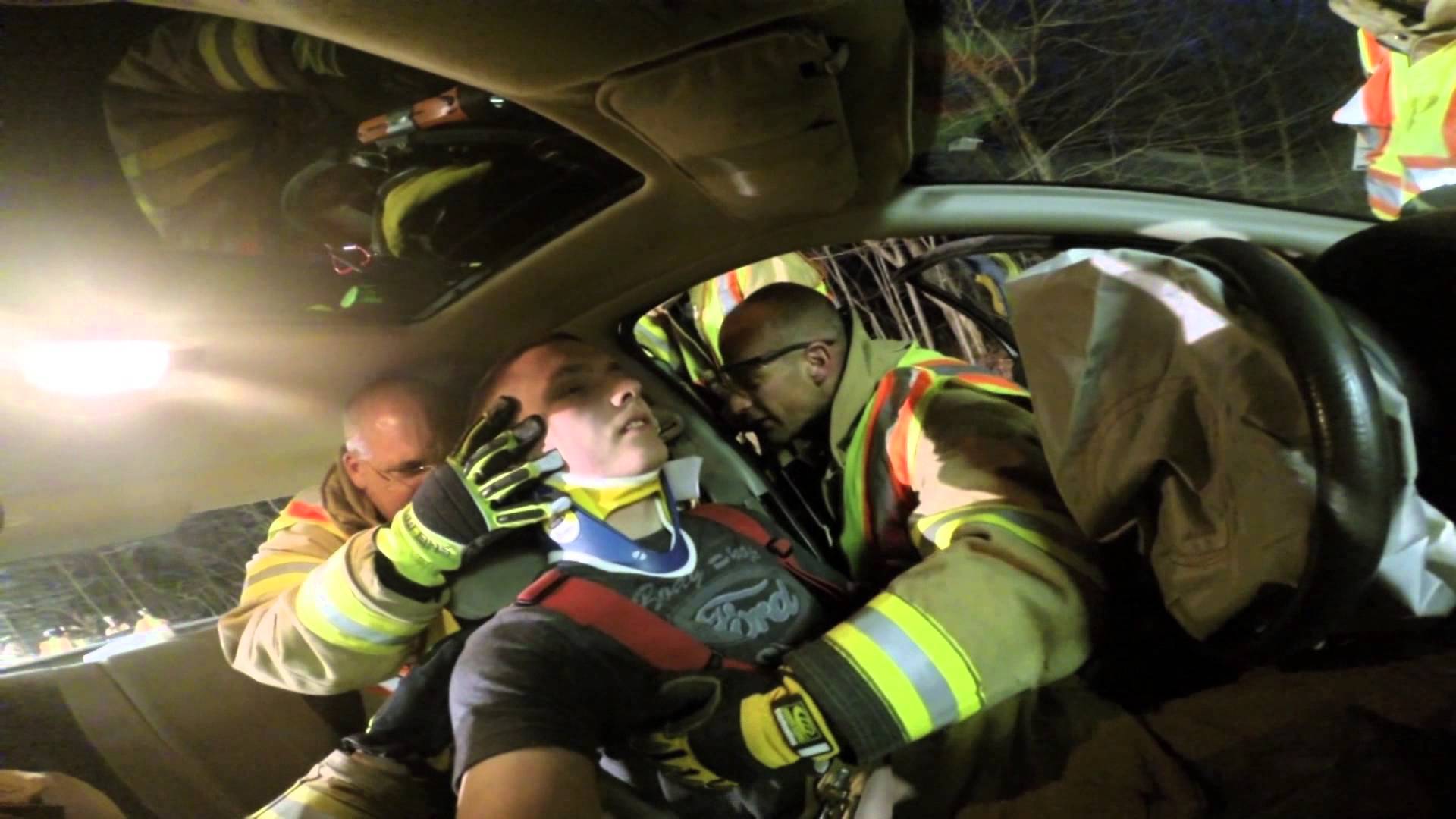 Spinal immobilisation, cervical collars and extrication from cars: More harm than good. Time for a change

I recently heard of a complaint made by a patient to the ambulance service. This patient complained that after she was involved in a car accident, the air ambulance paramedics asked her a couple of questions, felt her neck and limbs, asked her if she could move and would like to try and get herself out of the car herself.

Although she was able to comply with this request and able to walk to the ambulance stretcher AND was discharge from hospital the same day (having suffered only a couple of bruises), she felt that, on reflection she had to write a complaint to let the ambulance service. She thought she should have been immobilised (just in case) for extrication and “wanted to make sure that the next patient doesn’t come to harm by these negligent ambulance practices”.

I could hardly believe what I heard, until (upon my own reflection), I realised where this discrepancy between “patient expectation” and safe practice stem from. It also made me realise that there are several of my clinician colleagues who might also have felt the desire to question this “gung-ho” “cowboy-ish” approach by the particular ambulance crew, of allowing a patient to self-extricate.

Having recently been asked to provide something on spinal care for a blog, I thought this would be a good starting point.
As most of us are aware, the overarching principle in medical care has always been: “first do no harm”. Our good intentions to prevent any further harm from happening to our trauma patients, has led to the use of spinal precautions that, in itself is not risk free and often not indicated.

Up until quite recently, trauma patients, almost universally would be transported to the Emergency Department on a “spinal board” – a hard (often cold) wooden slab surface. This was in an attempt to prevent any spinal movement and limit the risk of worsening any spinal injury sustained during the trauma. A patient would be “strapped down” with no padding, and often a poorly fitting cervical collar. Our intensions were good, but questions started to be asked when we noticed that patients (often the elderly or young) sustained clinically significant pressure sores lying on these hard surfaces for as short as 30-60minutes. For anyone who has ever spent any time strapped to a spinal board would agree, it is incredibly uncomfortable and hardy encourage a natural spinal posture.

Over the past few years, the universal application of spinal immobilisation for all patients who suffered trauma has therefore been questioned. With social media making its appearance international debates have started to appear questioning whether what we do is actually to the benefit of patients or is harming them. Change is often slow, but it helps when the leaders in prehospital care get involved in the debate and put their heads together to drive change forward. Because of the buy-in of many of these trendsetters, the UK has largely moved away from using wooden flat spinal boards to transport patients to hospital. This device is now mainly used to assist in the extrication of a trauma patient from a vehicle involved in a collision. In most of the United Kingdom trauma patients are now generally transported to hospital on a scoop stretcher or a vacuum mattress by many services.

Here are some of the things you need to be aware of: CONTINUE