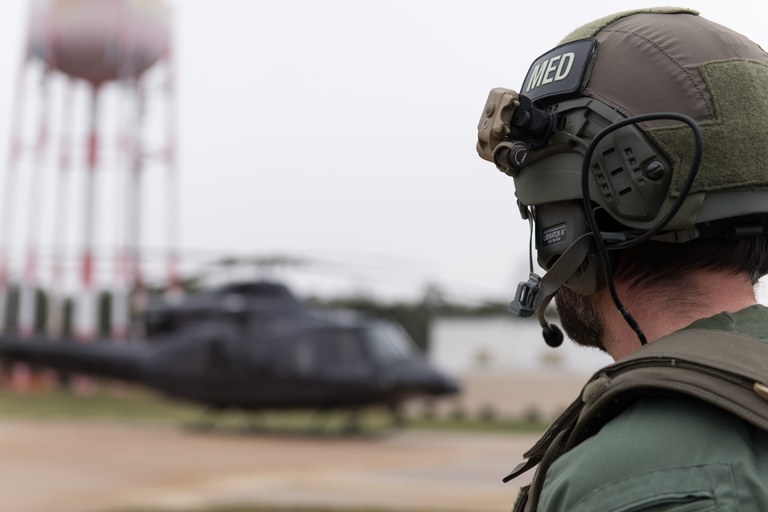 Tactical Field Care: how should paramedics be protected?

Dr. Ducet Danny, the author of Psychology Of Arming Paramedics: Should First Responders Protect Themselves?  has 12 years experience as decorated SWAT member, 17 as EMS provider, 16 of which as a paramedic. In particular he wants to communicate how dangerous is sending unarmed paramedics into a scene of tactical response, in case of gross and mass response to aid and sanitize. It is useless being dressed with cool vests and helmets if unarmed. It woul cost a loss of human life.

Being a paramedic require unique skills, first of all, to go through distress. In addition, you have to be skilled and trained to administrate medicines and put on work pre-hospital devices. If we would add the ability of shooting, it will not be a so hard to do. As Danny states:

The reason why a task force paramedic should go in action with a gun, is because thanks to that he can 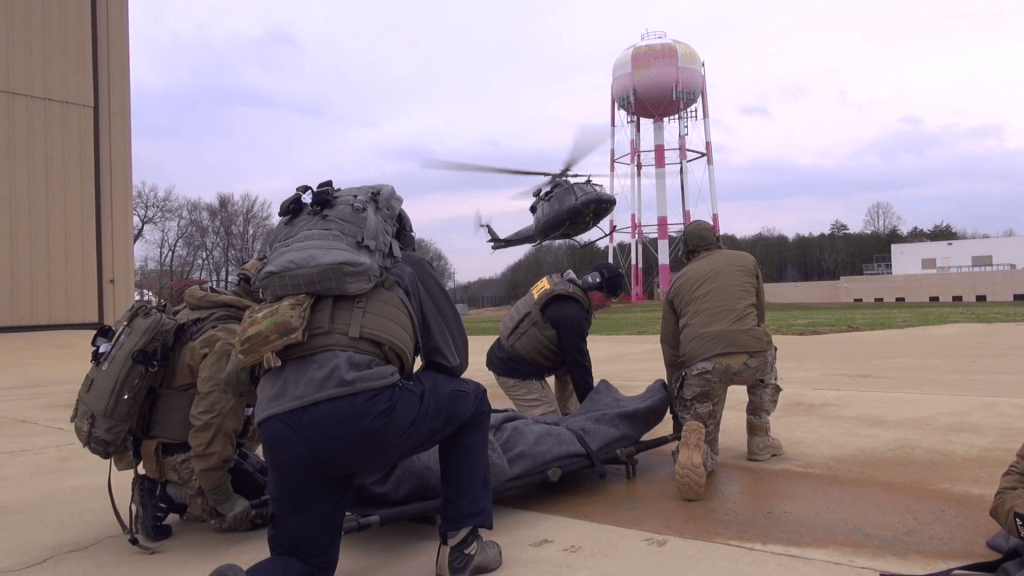 defend himself and respond to a gun fire with a lower possibility to be shot. think about places like Paris or New York City, where it could be possible that a paramedic is called to reach a scenario at a high risk of shooting. In particular in such urban scenario, where the environment offers many hiding places to shooters who can easily kill you.

Your job as a medic in this environment is three-fold: treat casualties, prevent more casualties (including you) and complete the mission, stop the threats. – Danny Ducet –

According to this topic, we must refer to CUF-TFC (Care Under Fire and Tactical Field Care). Thery are the bases of TCCC training. In these cases priorities vary greatly.

Doing the RIGHT thing, at the RIGHT time is critical. Under fire, there is truly only one right thing to do – return fire, move to cover/concealment, communicate with team/responders/victims, instruct victim to gain cover, neutralize the threat, gain fire superiority. – Danny Ducet –

With tactical field care is a pause in the middle of the conflict, when there is a temporary calm and you have the time to treat a wounded without taking fire. However you must remain diligent and alert. The moment of pause can turn out to be a gunfire, again. danny Ducet speaks about a simple example: the raid on Entebbe:

Look at the raid on Entebbe. Please look it up and study it. Lets fast forward to the raid itself. Israeli Mossad advance to the terminal where hostages are being held. The team had already been briefed that there would be no time to stop and care for wounded until the threats were eliminated, otherwise the terrorists would begin to kill anything in sight. As the team advanced, the commander Netanyahu was struck (soon to be lethal) and collapsed. The team advanced with momentum and purpose, killing the terrorist hostage takers with speed and skill. No hostages were killed. Had the team or part of the team halted to protect or care for Netanyahu, the outcome may have been much worse. The momentum may have shifted to the terrorists who had cover in the building. Hostages may have been rapidly executed due to a delay in entry and less of a force assaulting the hostage takers.

Tactical environments are nightmarish scenario: dynamic, chaotic and violent. Introducing unarmed responders, means putting potential victims on the field, so more people (or meat!) unable to safe others, neither themselves in case of casualities. It puts on risk the entire team.

So, essentially important is training medics on weapons.

Abandon the fear of weapons. Weapons are always the solution to these problems whether you want to believe it or not. If you are not comfortable discussing these tactics, the skills of a gunfight, or response to such incidents, you have no business entering the discussion of rescue task forces. The only way to stop a bad guy with a gun, is a good guy with a gun. As Petzl says, “If you are heading to a gunfight, take a long gun, and take all your friends with long guns”, as well as, “You need to make the decision now, to be lethal enough fast enough”. – Danny Ducet –

How the Royal Danish Air Force is enhancing clinical care in…