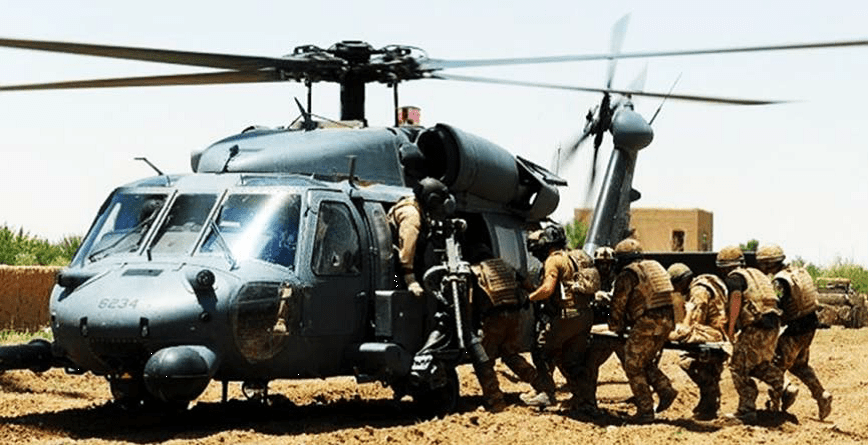 How the Royal Danish Air Force is enhancing clinical care in the air?

In case of necessity in a tactical field, MEDEVAC is the solution.However, in such an environment, this may not be simple. It is a very complex procedure, that requires much time in preparation and training. Emergency drill programs must be specific to provide a quick transport of the patient in safety and efficiency.

It started back in the spring of 2014, where a team of surgeons from the Royal Danish Airforce (RDAF), the Army Surgeon Team and a Surgical team from Aalborg University Hospital were assembled to discuss future cooperation, joint military medical capabilities and concept development. The outcome of the meeting was an effort to implement the Army Surgical Team (Damage Control Surgery) team into the existing RDAF MEDEVAC Intensive

Care Unit Module. They wanted to answer the question: can we do surgery, i.e. can we put live tissue on an ECMO machine in an aircraft just before it takes off?
In order to try this, a live exercise was conducted in a military setting where the Danish Navy Seals, also called the Frogman Corps, landed on a beach from a Hercules C130J, with a member of the group severely wounded from gunshots, simulated by a pig. It was then evacuated from the beach into the cargo bay in the Hercules where the Danish army surgical team was ready and was expected to conduct damage control surgery in 60 minutes.

I went to the flight surgeons conference in Ramstein in March 2015, and heard a presentation from the U.S. Air Force on the development of an airborne damage control surgery on resuscitation dummies. At that time, we had been flying live tissue for six months. Currently, we are trying to get permission to integrate our operating room in our existing modules and fly them. We have four modules in total in the form of containers that were
invented almost 25 years ago: one used for Ebola evacuation; a platform for the integration of the surgical table; module A as a normal patient transportation unit; module B as an ICU intensive care unit.

The Royal Danish Air Force has to control and grant that our medical equipment is durable and safe during flight, and that is a heavy process as there are a lot of in-flight and avionics engineering elements to it. Besides, a surgery table weighs about 300 kilos and the G-forces that occur during flight have to be tested. Moreover, our modules are 25 years old and the floor seating is not made to carry 300 kilos in 30 times 30 centimetres, so
it has to be remade. We are working towards flying the surgical table just this summer, once our army surgical team comes back from Iraq. This is part of the capacity development process we are currently undergoing, and our Commander-In-Chief will need to decide if he wants the scalability; if he does, we will be able to share this capacity with our NATO partners.

How will your Air Force’s innovative approach to in-transit care support
clinical delivery for future operations?

READ MORE IN THE DOCUMENT

The most Resilient Cities in the Word! - Metropolitan Urban Forest Strategy in Melbourne, Australia