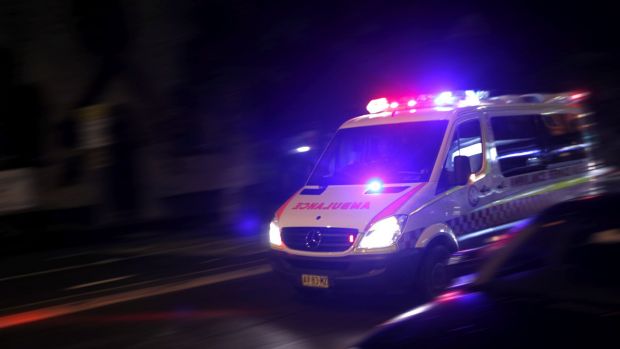 Emergency medical services have to face many different situations, like a psychiatric patient on the ambulance, who can become violent and difficult to manage.

How paramedics have to treat a psychiatric patient on the ambulance? The #AMBULANCE! community started in 2016 analyzing some cases. This is a #Crimefriday story to learn better how to save your body, your team and your ambulance from a “bad day in the office”!

The story is based on the treatment of a psychiatric patient. The difficulty of the EMS team in treating a psychiatric woman who becomes aggressive and violent and that caused many issues to the crew.

I am a 37-year-old volunteer EMT in the national EMS organization. Since I am also a full-time nursing student in university (as well as a husband and father), I am only able to do shifts weekly or biweekly.

As a bit of general information regarding the country in which I am located (which will go unnamed). We are divided into 11 districts. My district is mostly urban, but also extends to the nearby environs. The terrain in our area is quite hilly, with very few straight roads. Our city has a population of around one million, with a population density of close to 1500 people per square kilometer.

Our average ambulance response time (for evacuation) is 9 minutes (there are at least 5-13 BLS ambulances and 4-5 ALS ambulances on duty- depending on the time of day), although due to the extensive network of first responders, there is often an EMT (with BLS/ALS equipment– depending on their level of training) arriving at the scene with their private vehicle within two minutes.

We are served by 3 main hospitals, one of which is a level one trauma center and also has a psychiatric ward, but unfortunately (due to poor urban planning) is the most remote hospital in the city, and transport could easily take over half an hour from some locations in the city.

Our service regularly responds to terrorist attacks in addition to the standard civilian calls any EMS service would experience. We have, for better or for worse, become quite adept at handling incidents. We enjoy a close relationship with the national police, army, and security forces, which can increase tension with some of the local populace (who have affiliation with terrorist organizations or rebel groups) and view us as the enemy.

In general, we are expected to respond to calls- however certain areas in our district are either restricted (other local organizations may need to coordinate a point where the patient can be transferred to us for transport to the appropriate hospital) or require police/army escort.

“We have armoured ambulances, and our staff is equipped with flak suits/helmets for protection when responding to security situations. I have not personally responded to shootings/bombings, etc, during my tenure with the EMS organization (although quite a few have occurred while I was on call- my team was just responding to civilian calls at the time). Since I have not personally been involved in such an incident over the past 3 years, and also to make my case study relevant to organizations which (thankfully) only have to contend with civilian life, I will be describing a case in civilian life involving violence on the part of a psychiatric patient.”

Treating a psychiatric patient on the ambulance: the case

“Our organization has several frequent travelers. Some people (unfortunately) are either accident-prone or have various medical conditions that make them physically fragile. Other patients have various psychiatric conditions which cause them to regularly request medical services. Our district has at least one such patient- a petite 60-year-old psychiatric patient, who can easily be transported to a hospital several times in one shift. A typical pattern is that she claims she is choking, transported to a hospital, discharged, starts travelling home (but sometimes only manages to cross the street), before calling for another ambulance to take her to a different hospital for evaluation.

Before this specific incident, I personally had taken her to the hospital quite a few times in the past. She was a difficult patient, as she would often refuse to remain seated with her seatbelt fastened without extra coaching, would not let us near her with a sphygmomanometer (to measure blood pressure), and could become verbally aggressive.

Almost the entire district knew her, and when the call would come, the typical reaction would be, ‘oh no, it’s Jane Doe (fictitious name) again’ or ‘It’s nice to save lives, but a lot of our EMS work is transporting all the Jane Does out there…’ The patient was not hospitalized in a psychiatric ward, as she did not pose a danger to herself or to society- we are moving away from committing or institutionalizing patients (although I’m sure she would have been placed in a psychiatric hospital if she lived in a different generation).

In the particular incident, I am thinking of- ‘Jane Doe’ called for an ambulance at close to midnight- the closest ambulance- an ALS team– was dispatched to her house, but they transferred the call to BLS. While the psychiatric patient was being transferred, the paramedic briefed us that he had listened to her lungs, which were clear and that we should take her to a nearby hospital. The reason the ALS team transferred the call was probably twofold: There was another call coming in which required ALS intervention- if I recall, it was for a toddler who was in status epileptics and rapidly becoming hypoxic- but probably they did not want to deal with ‘Jane Doe’.

I was sitting in the front seat of the BLS ambulance with the driver, while a female EMT was sitting in the back next to the patient. (Ordinarily, I do not sit in the passenger seat while there is a patient in the ambulance. However, when I noticed ‘Jane Doe’ was wearing a miniskirt with no underwear as she was getting into the ambulance, I instinctively sat in front in order to avoid any possible allegations which could easily ruin my personal/professional reputation.)

During the ride, the psychiatric patient was convinced that we were laughing at her (something ‘Jane Doe’ was often concerned about, and we all knew to maintain a serious composure), and she started a verbal assault against us, especially the female EMT sitting next to her. Although we reassured her that we were not laughing at her, she became even more agitated, and scratched the EMT’s arms. When the situation escalated to physical violence, the EMT who was attacked moved to the armchair above the patient’s head, where she could not be reached.

Once the EMT moved out of the patient’s line of vision, she did calm down somewhat, and we were able to continue the transfer to the more remote hospital (with the psychiatric ward) in silence to avoid any further excitement. She was subsequently institutionalized (I’m not sure if it was a direct result of this call) and regrettably died shortly thereafter.”

Analysis of how to treat a psychiatric patient on the ambulance

“This is a common scenario of someone who really needs our help, yet is attacking us, thereby making it more challenging for us to help them. Similar situations can occur with another psychiatric patient, or people under the influence of alcohol, or illicit drugs.
This incident raised a number of questions in my mind:

I would recommend that our organization incorporates more training in communication and psychiatric patients as part of its training. While we learn a lot about different types of physical illnesses, there is not much emphasis on mental/emotional illnesses. Most of our communication training is about how to take a health history, with basic pointers such as speaking at eye level, etc. It would be helpful to learn how to deal with a psychiatric patient who is convinced that they are the king of the country, that they can play God, is afraid of the FBI and KGB who are pursuing them, and is threatening to jump (a summary of last week’s patient).”

Ambulance crashed by a train in Poland - Doctor and paramedic died

Ukraine, an ambulance from Germany to the maternity hospital in Rivne: the gift of…