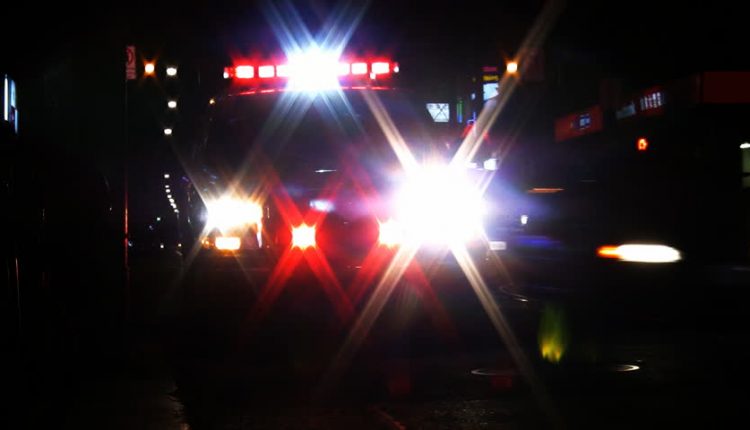 Assaulted ambulance crew. First responders and paramedics are used to manage such situations, but when a group of drunk people armed with sticks comes at you aggressively, there is no chance to be “heroes”.

The protagonist of our story today is a medical doctor operating in Central African Republic as a Health Department Supervisor. Actually, his team operate in peaceful settings, and in most of the cases, the incidents are the unintended ones with different impacts. Not this time. The case reports bystanders who, on an accident scene, assaulted ambulance crew.

“In 2014, July around midnight, our emergency number was called by the executive secretary of one of the sectors making up the district around 25 Km away from the hospital and told us to go for emergency rescue after a serious road traffic accident had occurred and people were injured.

Our ambulance response crew was ready as we were always used to. We left the hospital with what we thought was necessary for such an emergency. At about 10 Km we were blocked by a tree which fell over our way and we spent almost one hour waiting for the tree to be pushed away by the people we found at the place.

After that, we continued our way up to the accident site where we found a big crowd surrounding the victims. Using the same practices, we started to inspect the place and ask some questions before we jump on the victims who were hardly identifiable as it was night and the place was not illuminated.

We couldn’t realize that there is a group of people who were angry and they suddenly started to shout and come close to us stating that our response was too late and that we put their relatives’ lives in more danger. It was a group of about 10 people, armed with sticks and physically aggressive.

We tried to explain what happened to us on our way but in vain. It was quite impossible to start our rescue procedures in such insecure settings. On the other side, the victims were crying and one had already died before we arrive.

We were an ambulance crew of 4 people including to intervene and at that moment the only thing we could do was to return back difficultly in the ambulance and call the security officers who were called before but not yet arrived.

Fortunately, we managed to get back in the ambulance and we moved a bit away. Immediately the police arrived and we came back to the scene together. They assured the security by calming down the angry men whom most of them were drunk and we proceeded to our rescue. 3 people were seriously injured and another one was already dead. We took the victims to the hospitals escorted by the police car transporting the victims’ close relatives. At arrival, we gave them the necessary care but still harassed by the drunk next of kin till the morning.”

“Normally our intervention settings are calm and peaceful, this incident was surprising and of course, left more lessons to us to improve our practices. We found ourselves in conditions that we couldn’t manage ourselves and we had to act rapidly regardless of the victims’ status.

The dilemma we faced was to choose between rescue under pressure and attack and to save our own lives. It was so hard for us to leave bleeding people and move away but also we couldn’t put ourselves into trouble. The big mistake we made is just to believe that everything was going to be alright that night. From that moment the emergency ambulance crew adopted the culture of calling the police anytime they were called to intervene during the night for an escort or for any support in the case.

This incident delayed the rescue process for about one hour and a half and of course, had a negative impact on the treatment outcome. victims were in hypovolemic shock at arrival and difficult to recover.
the big lesson and challenge we got in this are just not to think that everything is alright anytime and get prepared and trained in different situations which may interfere with our work.”

This case report was reported during a webinar of the project #Ambulance! led by Reda Sadki.

20 Ambulance Crew Queues Inside Hospitals: Some problems with NHS organization?

WAS introduces a new 3.5 tonne double-crewed ambulance for the UK

Most common mistakes of first responders on a patient affected by shock?