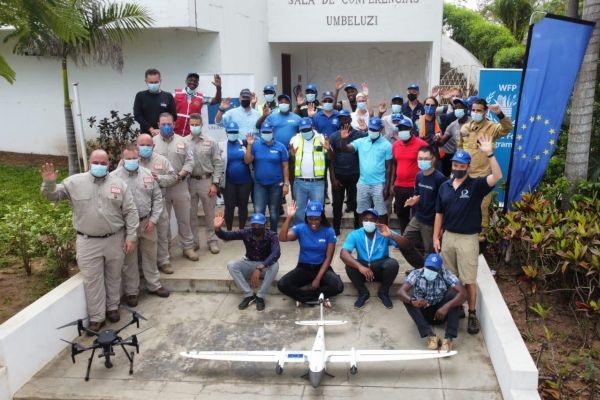 The experiment was run by the United Nation’s World Food Programme and the UK Institute of Search and Technical Rescue, in conjunction with Mozambique’s national disaster management agency (INGD).

The experiment involved many types of drone – both fixed-wing and quadcopter – looking for targets on land and in water, with simultaneous flights over multiple sites.

For a situational overview of the drone test area, the Portsmouth team provided imagery from the European Space Agency’s Sentinel-1 radar satellite and the PlanetScope micro-satellite constellation, as well as elevation data from the Japanese-American PALSAR radar satellite. 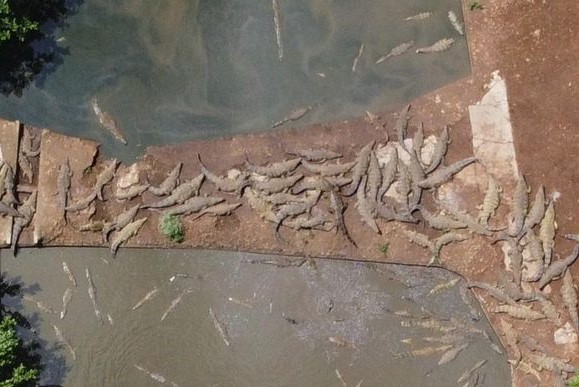 Use of drones in Mozambique, statements from protagonists

Professor Teeuw, from the University’s Centre for Applied Geosciences, said: “This was one of the largest experiments ever conducted into the effectiveness of drones for wide-area searches.

The team were able to apply expertise developed during NERC-funded fieldwork into the impacts of Hurricane Maria in Dominica and research into coastal risk mapping carried out during the ongoing CommonSensing project, funded by the International Partnership Programme of the UK Space Agency.”

Toby Meredith, from the University’s Faculty of Creative and Cultural Industries, provided support for the drone experiment and the onsite World Food Programme media communications office.

He said: “Due to the size of the experiment, the logistics of deploying multiple drones was very complex.

The University team played a key role in the drone deployment and processing of the ensuing aerial photos, for over 30 drone flights.”