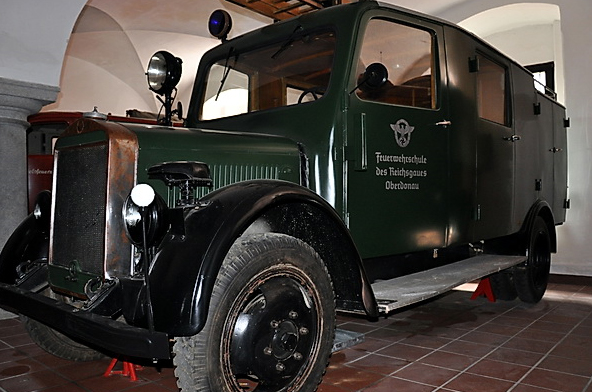 The Feuerwehrmuseum St. Florian: the museum is housed inside a unique Baroque building, which was once the Meierhof monastery of St. Florian: this building was built in 1676-85 under the provost David Fuhrmann

The complex has an internal courtyard of almost 2,500 square meters and an even larger square with low arcades.

On the ground floor were located the large stables, and above were the rooms for storing feed and grain. Particularly interesting is the roof structure with the beautiful dormers.

In Upper Austria, the building was considered the most important economic structure of its time.

The stables, in fact, were among the largest in all of Austria and the building’s warehouse also housed a large quantity of foodstuffs throughout the area.

Over time, the Meierhof lost its original function and fell into disrepair in the 1960s.

The complex was completly restored between 1969 and 1979 by the “Association for the conservation of the baroque Stiftsmeierhof St. Florian”.

Huge investments were needed to restore the structure to its original state. 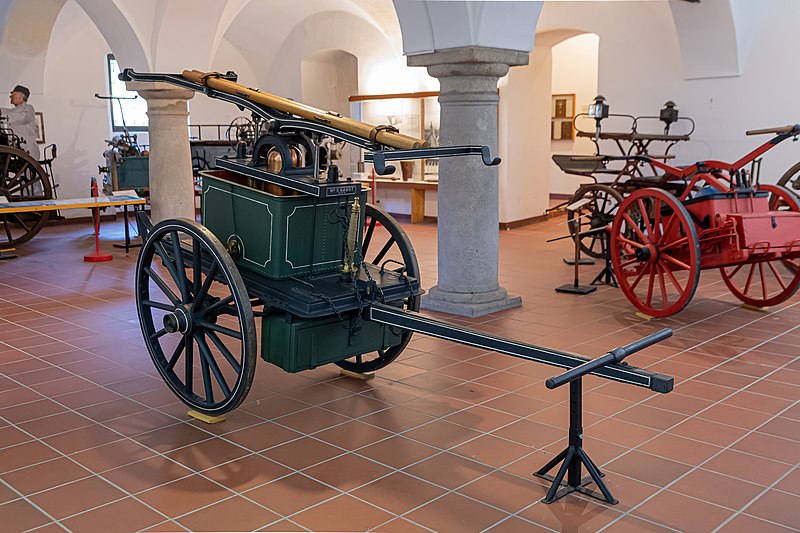 After the end of the restoration, it was decided to set up inside it the Fire Brigade Museum (Feuerwehrmuseum) by the association “Historisches Feuerwehrzeughaus St. Florian” which undertook this project in 1979

They took care of the adaptation of the rooms for exhibition purposes and of the museum set-up. The museum was officially founded in 1984 and immediately became a great success, in fact it had more than 10,000 visitors in the first year alone.

Inside the Feuerwehrmuseum you can admire impressive exhibitions that lead you into the world of the Fire Brigade, through the history of technology and innovation.

On over 2,500 m² it is possible to consult the companies of the local Department and the functions covered by the Fire Brigade, a journey into the history of useful inventions and an impressive exhibition of large objects and means that fully describe the development of firefighting in the Upper Austria.

The Feuerwehrmuseum St. Florian is one of the largest in Europe and in addition to the permanent exhibition it organizes temporary exhibitions such as the 2008 one on the 50th anniversary of the Upper Austrian Scuba Divers Fire Brigade or the 2011 one on the respiratory protection of the firemen.

The permanent exhibition includes antique hand pumps, some of the earliest examples of steam pumps, up to gasoline-powered pumps from the late 19th Century and the first half of the 20th Century, such as some beautiful models produced by the company Rosenbauer.

In addition, other accessories essential to the equipment of the Fire Brigade are also exhibited such as ladders, hoses, fittings, hydrants, lighting devices, portable fire extinguishers, personal equipment such as helmets, signaling tools, axes, uniforms, gas masks, etc., are all displayed at the historic Feuerwehrmuseum St. Florian.

Many of the fire brigade organizations of the area are involved in this permanent exhibition, in particular the Fire Prevention Agency for Upper Austria (the history of Upper Austria has its own exhibition space) and the State Fire Brigade School, the first founded in the German-speaking area (1927).

The Fire Brigade of the cities of Linz, Wels and Steyr also have their own exhibition stands, which represent more than 1,000 Austrian state firemen and tell about their work for the benefit of the whole community. 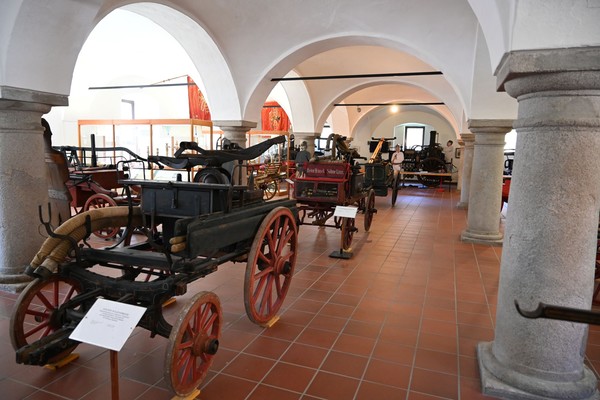