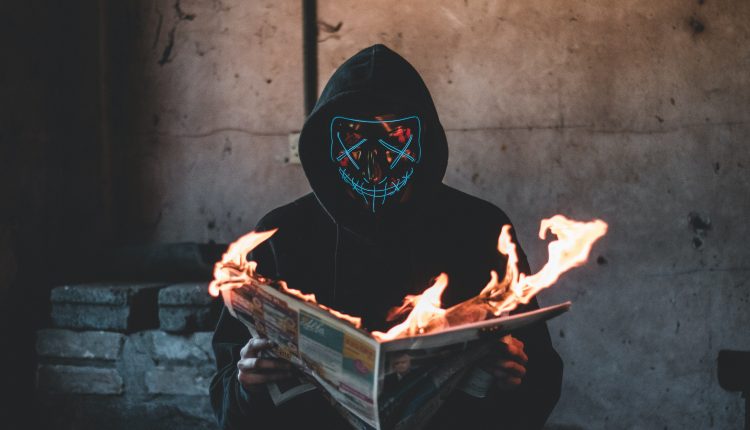 Firefighters / Pyromania and obsession with fire: profile and diagnosis of those with this disorder

In the DSM V, pyromania is classified as an impulse control and conduct disorder, and it appears to be based on an intense obsession with fire, flames and their effects

An arsonist actually sets fires not for economic or overtly criminal purposes, but simply for excitement and pleasure. There are, of course, psychological and psychiatric reasons behind this.

The term therefore denotes an intense obsession with fire, flames, its consequences, but also with all the tools for lighting, spreading or extinguishing it.

Pyromania affects approximately 6% to 16% of males under the age of eighteen and 2% to 9% of adolescent females (APA, DSM-IV-TR, 2001), although the age of onset is generally lower.

Not infrequently, these young people have set fire to small things, objects, in or outside the home and may make numerous preparations to start a fire.

Despite these numbers, there are no reliable data on the development and course of pyromania

The relationship between lighting fires in childhood and pyromania in adulthood has not yet been sufficiently documented.

The largest studies in the field of fire crime have been carried out in the USA by FBI units specially set up to investigate these crimes.

All research on pyromania, carried out in both the psychopathological and criminological fields, agrees that the basis of this behaviour is a strong attraction to fire (Bisi, 2008).

TALKING ABOUT PYROMANIA: THE PROFILE OF THE PYROMANIAC

In the DSM-5, pyromania is included among Impulse Control and Conduct Disorders.

By definition, it is an uncontrollable urge that drives a person to deliberately and intentionally set fires because they experience pleasure, gratification, or relief when they set the fire, witness its effects, or participate in the aftermath.

People with this disorder experience tension or emotional arousal prior to the act, and are interested, fascinated, intrigued by fire and all elements of it (such as equipment, consequences, uses).

They are usually habitual observers of fires in the vicinity, can raise false alarms and are often attracted to the law enforcement, equipment and personnel associated with fire management.

The focus then is on the pleasure, the excitement that the person experiences in relation to the fire and its consequences.

The consequences of a fire are not considered at all by the arsonist, who sees in the fire only positive aspects for himself: satisfied tension, relief; moreover, having caused the fire makes him feel like the real and absolute protagonist.

As Ermentini points out, the immense attraction for fire and everything connected to it is not only expressed in lighting the fire, but is followed by the satisfaction of witnessing all the phases following the extinguishing of the fire, including listening to the news reports after the event and its consequences (Ermentini, Gulotta, 1971).

POSSIBLE PSYCHOLOGICAL PROFILES OF THE ARSONIST

According to Cannavicci (2005), psychological and behavioural profiles can be outlined which are hidden behind pyromania and the intentionality to cause fires:

The arsonist’s attraction to fire can have various psychological meanings and triggers, including antisocial cognition, resentment, interest in fire, and emotional-expressive aspects with a need for recognition.

One study recruited 389 adult arsonists who underwent forensic mental health assessment at a clinic in the Netherlands between 1950 and 2012.

In psychology and psychiatry, pyromania is still considered a disease related to serious mental disorders

It is very complex both to diagnose and to treat because it is rarely identifiable in a ‘pure’ way, but is more likely to be associated with other disorders.

Quite often, the pathological desire for a flame is formed during childhood and the peak of the disease is considered to be between the ages of 16 and 30. Women suffer from pyromania far less often than men.

Various psychiatric studies have shown cases in which pyromaniacs experienced a real sexual arousal when burning something, followed by a discharge. This is called pyrophilia.

It is difficult to treat pyromaniacs because they do not recognise the presence of the disease and may therefore refuse treatment, which is basically pharmacological and followed by therapy.

Unfortunately, there are also relapses.

But basically they are characteristic of people who continue to abuse alcohol and drugs after treatment.