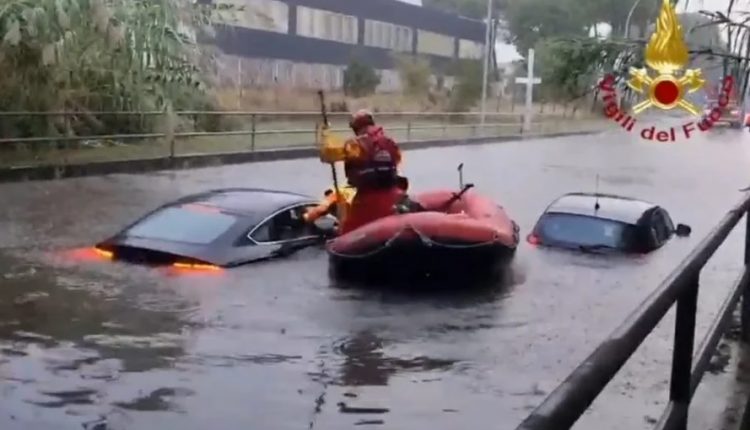 A violent thunderstorm hit Forlì shortly before 8 a.m. this morning, causing flooding, including inside some schools, and disrupting traffic

The fire brigade was on the job with various teams.

In the area of via Niccolò Copernico, to the east of the city, river rescuers and three teams rescued two motorists stuck in a subway due to the rising water level, also using rubber dinghies and a crane truck.

The local police were also on site to close the road to traffic, and fortunately no injuries were reported.

In addition to the chaos created by the heavy rain, a car burst into flames and a traffic accident occurred on the ring road.

SETTING UP SPECIAL VEHICLES FOR THE FIRE BRIGADE: DISCOVER THE PROSPEED BOOTH AT THE EMERGENCY EXPO

In this case too, the Fire Brigade intervened with another team: four cars were involved with one injured person being rescued by the Romagna soccorso staff.

Finally, in Sant’Andrea, in the municipality of Forlimpopoli, a team was called out to deal with a fire in an electrical panel, presumably caused by lightning, while in Via Mondina in Forlì, another fire was caused by a broken gas pipe.

There were also several interventions to remove fallen trees and for flooding.

Emergency, medical coordinator in Kabul: "Emergency is not in Afghanistan to judge"