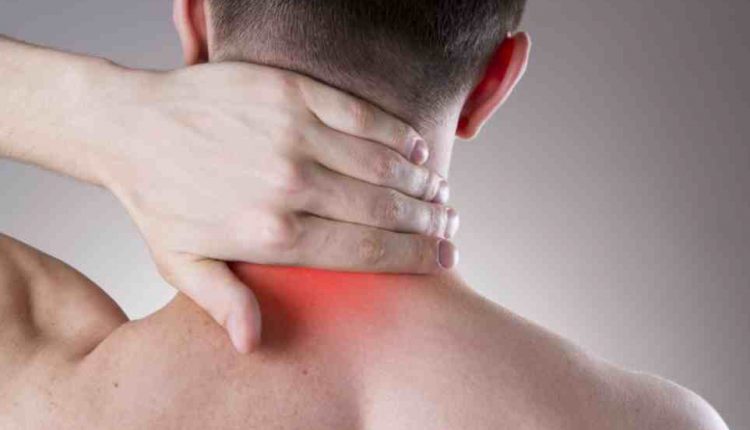 Treatment of cervicalgia: physical and rehabilitative medicine deals with conditions that require rehabilitation without the need for surgery

For example, in the case of a hernia or protrusion that does not require surgery, or cervicalgia, a problem from which many people suffer.

Cervicalgia’ refers to pain in the cervical area, i.e. the neck, which can radiate to the trapezius muscles of the shoulders and, in severe cases, down the arms.

Cervicalgia develops as a result of exaggerated and incorrect mechanical stress on the structures of the neck, i.e. the vertebrae, intervertebral discs, ligaments and muscles.

It is a stress that can occur abruptly and suddenly, for example following whiplash after a car accident, or can be due to less intense but prolonged trauma, such as incorrect posture.

Cervicalgia, a pain that can hide more serious problems

First, it is important to stay calm, as emotional stress can also contribute to increased pain.

Then you can try to move your neck in a very natural way and perform small stretches of the muscles.

If the pain persists, however, a doctor should be consulted.

The pain caused by cervicalgia may simply be muscular in nature, or it may be the manifestation of a more serious problem, for example a suffering intervertebral disc.

It is therefore not the acute episode, which resolves in two or three days, that should cause concern, but a cervical blockage that increases over time.

Patients who initially suffer a couple of episodes of cervicalgia per year and who, later on,

see them increase, for example to one episode per month and subsequently to one episode every fortnight, should consider the possibility that there is a different issue to be investigated and contact their doctor.

Tonga, volcanic eruption and tsunami cut the country off from the world: Red Cross intervention