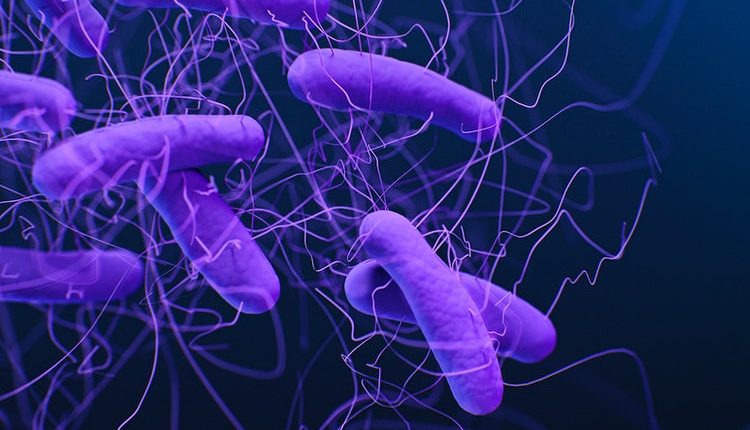 Clostridioides infection: an old disease which became a current matter in healthcare sector

Clostridioides difficile infection is a common one nowadays. It is responsible for 10-20% of diarrhoea, 50-70% of colitis, more than 90% pseudomembranous colitis associated with antibiotic therapy. Even if it is not a new disease, the increase of cases is representing a serious and current issue.

Clostridioides difficile (Cd) is a Gram+ microorganism, sporogenic, ubiquitous, widely spread in soil, water, rivers, swimming pools, raw vegetables, although, its main tank is the hospital environment and the environment of healthcare facilities. How could we get infected? Is it dangerous? But, above all, why is it so current now?

How does this disease come up with and which are the most affected countries?

It is also present in the colon of about 3% of healthy adults and in 15-20% of patients on antibiotic therapy. Its alone presence is not a sign of illness. The spread of the disease is greatly facilitated by the survival of the spores for many months in the environment. The increase was significantly higher in the 61-80 age group. It is likely that the resistance to therapies antibiotics and the modified complexity characteristics of patients may have had a role in increasing the incidence of this infection.

In the area of healthcare-associated infections, Clostridioides is responsible 70.9% of gastrointestinal tract infections in the healthcare area are, while germs like Staphylococcus aureus, Klebsiella pneumonia, Escherichia coli and others are only sporadically present with fair variability in the different nations. Within the European countries, Italy is in third place after England and France, followed by Germany and Spain.

Consequences for the patients and for healthcare facilities:

– the patient, who is suffering from other pathologies, suffers even more and can be physically severely affected;
– the patient has to undergo further treatment from side effects;
– the patient, and for the structure, since this pathology typically recurred: after the first infectious episode the chance of recurrence is already 20%, doubling at the first one recurrence, triples to the second recurrence and so on;
– Clostridioides infection plays a permissive role in further germ infections emerging (Candida, Klebsiella);
– costs rise in the event of claims for compensation for any negative evolution of the clinical case.

Clostridioides transmission and the role of albumin

The transmission of the disease typically occurs by the faecal-oral route, so the hands of all healthcare personnel are the main transmission vehicle, both by contact directly with the patient and/or with the patient’s own contaminated biological material, either by indirect contact through literal effects, patient’s objects or any other
things touched by it in the inpatient room like doorknobs, doorbells, remote controls, walls, etc.

Once the ingestion of the forms of the Clostridioides spores, while the first are killed in the stomach, the second survive to the acidic environment and, exposed to bile acids in the small intestine, continue to germinate. The movement of the intestinal villi facilitates progression in the colon where the Cd can therefore multiply and adhere tenaciously to the mucosa.

Many studies in the literature have reported a decisive role of serum albumin in this process, rejecting the hypothesis that hypoalbuminemia may simply be the result of diarrhea Cd-caused proteinodisperdent: albumin is able to bind toxins preventing their internalization into the cells and protecting the mucosa from the effect of
cytopathic. So low levels of albumin, which can be found in patients defenceless for other pathologies, can promote the progression of Cd infection.

From a clinical point of view, the presence of at least 3 discharges of diarrhea with no forms of faeces of type 5, 6, 7 of the Bristol scale, in the absence of any other reason, must do suspect the pathology and induce to take the stool sample. After one hour to the laboratory, it avoids the degradation of toxins, primarily to search for the glutamatodehydrogenase (GDH). This enzyme is produced in high quantities by both toxinogenic strains from non-toxinogenic, so it will only indicate the presence of the Clostridioides, regardless of the type.

The treatment of the infection is historically based on the use of Metronidazole and Vancocin alone or in combination and in variable dosages depending on the clinical forms. For some years now, they added Fidaxomycin, which is, however, a high-cost antibiotic mainly used in severe and resistant forms, [Guidelines of the Infectious Diseases Society of America (ISDA) and the Society for Healthcare Epidemiology of America (SHEA)].

New steps for the treatment of Clostridioides

Researchers are studying new antibiotics in phase II and III trials, but none at the moment has still entered into clinical use. Research into the use of antibodies monoclonal has seen very limited use of bezlotoxumab, capable of binding and neutralizing the B toxin and recently approved for the prevention of recurrences in high-risk patients. Vaccines with inactivated A and B toxins are also being studied for both prevention and treatment.

On the other hand, faecal transplantation, or better saying transplantation of microbiota, has been a decisive impulse in recent years. The aim is to rebuild a microbial flora physiological bowel. The indication for transplantation is for patients at risk of recurrence or anyway after the first relapse.

This procedure is now standardised in the authorized centers, and guarantees a strict selection of the donor that must be perfectly healthy and is then subjected to a whole series of clinical and laboratory tests for excluding infectious, metabolic, autoimmune, neoplastic, IBD, etc. diseases. The faeces of the donor are also tested not only for the presence of the Clostridioides but also for Enterobacteria, protozoa, helminths, Gram-MDR, VRE germs.

Albumin Replacement in Patients with Severe Sepsis or Septic Shock