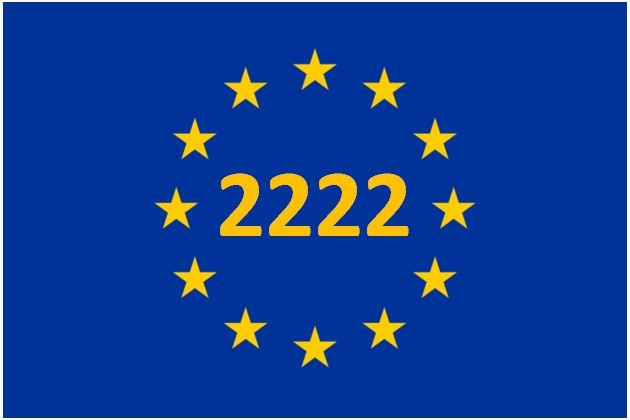 A recent survey has shown that 76% of Europe an hospitals use a telephone to call  the resuscitation team  but at least  105 different numbers are used, ranging from 19 to 25445. The commonest number reported to be used is 2222. One study in Denmark showed that 74 hospitals  used 41 different numbers, and 50.5% of the staff could not remember the  number to call in their  own hospital.

If nursing and medical  staff do not instinctively  know the emergency number it delays  the arrival  of resuscitation teams.  Miscommunication involving the cardiac arrest number has been  shown to occur in almost  1 in 10 patient  safety incidents at cardiac arrests.

The Chairman of the European Resuscitation Council, Professor Maaret Castren from Helsinki, has said “standardising the European cardiac arrest call number is an important patient safety issue
because an increasing number of nursing and medical staff move between hospitals as well as around Europe. The great variety of numbers can lead to delays in summoning assistance”.

President of the European Board of Anaesthesiology (EBA), Dr Carmel Abela from Malta, commented: “Some European countries that have already changed their hospitals’ number to 2222 have found it to be a quick, low cost, and effective measure. Currently inside hospitals in Europe, there is no single standard emergency telephone number for cardiac arrests, unlike the standard emergency telephone number 112 used out throughout Europe outside hospitals.”

President of the European Society of Anaesthesiology (ESA), Dr Zeev Goldik from Israel said “because there is such a variety of numbers currently used, it suggests  that the choice of number was
probably made in hospitals locally. Therefore, it should also be possible for hospitals locally to make a new decision, with patient safety in mind, to standardise their own number to 2222. Any hospitals wishing to do this may find the action guidance from the National Patient Safety Agency and NSS Health Facilities Scotland 5 useful.”

All these professional groups are now working to standardise  the telephone number used to summon the resuscitation teams  throughout all hospitals in  Europe. Martin Bromiley,  Chair of the Clinical  Human Factors Group (CHFG) commented that “Standardisation has been shown to be an effective mechanism for reducing human error in complex processes or situations. The CHFG fully supports this Patient Safety initiative and encourages all European Hospitals to standardise their ‘Cardiac Arrest Call’ telephone number to 2222.”

It is hoped that  this change will  avoid the confusion that can arise  when staff move from one hospital to another within their own countries and, increasingly, around Europe. It should also ensure that all  healthcare professionals are clear what the ‘cardiac arrest  call’ number is, regardless of where they are  working in Europe, thereby  increasing patient  safety. The European Resuscitation Council and the European Board of Anaesthesiology have issued the following Patient  Safety Recommendation advising standardisation throughout Europe to the number 2222.