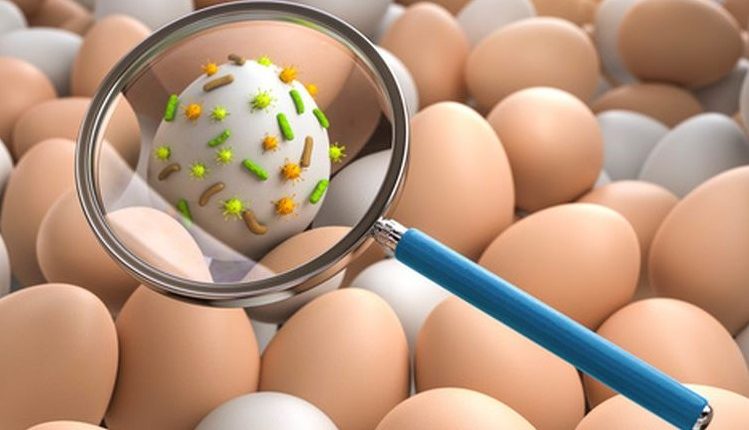 Getting to know salmonella: What causes salmonellosis?

Salmonellosis is an infection caused by a group of bacteria that are very common in nature. The infectious scientist explains how contagion can occur and how to prevent the risk of infection

Salmonella is the second most common cause of food poisoning in Europe, affecting around 35 out of every 100,000 people

It is a strain of bacteria that is very common in nature, as it is present in different types of farm, pet and wild animals.

Salmonellae, the bacteria that cause the gastrointestinal infection known as salmonellosis, can be dangerous when humans ingest contaminated food or water.

Clinical manifestations vary depending on the amount and type of bacteria present in the substances.

There are many different species, which is why it is not possible to find a vaccine to combat the infection.

Salmonellae can be divided into 2 categories:

Manifestations are mainly gastrointestinal, with:

There are also more severe forms that can lead to hospitalisation, especially in the most frail people.

Typically, the intestinal manifestation occurs within a few hours of ingesting the food, from 6 hours to 3 days, and symptoms may last for 1 week.

How to catch salmonellosis

The main way is by eating contaminated food.

Since these do not change smell or taste, it is not possible to know whether the food is tainted.

The main culprits of salmonellosis are:

Salmonella are eradicated by cooking, but if foods are not cooked there is a risk of infection.

Another vehicle for infection is sick people: people who are experiencing symptoms of salmonellosis may be a source of transmission.

It is therefore essential to pay attention to

In most cases it manifests itself as diarrhoea.

It is important to avoid taking antiperistaltic drugs (anti-diarrhoeals), as this is our defence mechanism to expel bacteria that arrive in the intestine.

What you need to do is to rehydrate thoroughly with water or saline solutions.

It may also be useful to take milk enzymes to rebalance the bacterial flora.

In the case of more serious forms, accompanied by fever or symptoms that do not improve, it is advisable to do some more tests to see if antibiotic treatment is necessary.

Salmonellosis, people most at risk

The people most at risk are the frail, the sick and the elderly, but also those who regularly take drugs that lower stomach acidity (such as proton pump inhibitors), because stomach acidity is our first defence against ingesting salmonella.

A few simple practices can greatly limit the risk of contracting salmonellosis:

Chronic inactive hepatitis B: what it is and what it means

Kidney stones: how they form and how to avoid them