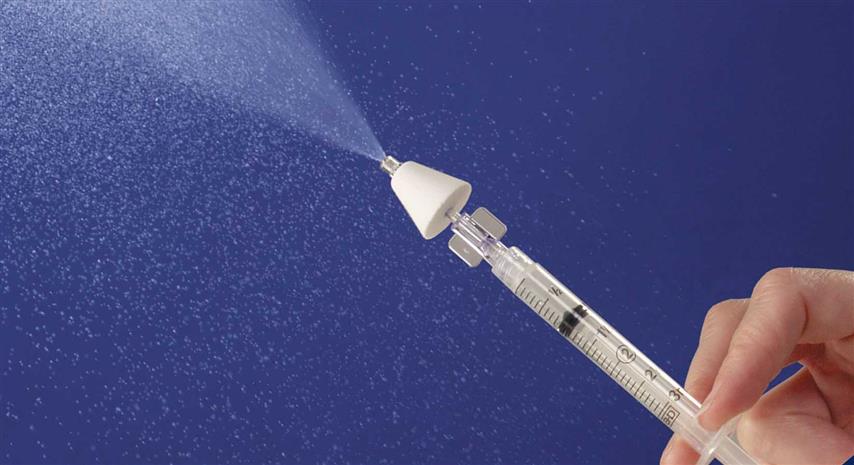 Pain in the emergency department (ED) is common but undertreated. The objective of this study was to examine the efficacy and safety of intranasal (IN) ketamine used as an analgesic for patients with an acute injury with moderate to severe pain.

Pain is one of the most common presenting symptoms in emergency department (ED), yet the provision of timely and appropriate analgesia and early assessment of its effectiveness is often a challenge. The use of the intranasal (IN) route for ketamine provides an efficient, relatively painless noninvasive and well-tolerated mode of analgesia delivery.

The provision of analgesia is a fundamental necessity of the ED and in our setting is usually accomplished using intramuscular NSAIDS (80%) which is usually inadequate or intravenous (IV) opioid. However, significant barriers like scarcity of available emergency doctors/nurses, bed, and monitoring exist to the provision of timely analgesia by the IV route especially in overcrowded and resource-limited ED like ours.

Ketamine, labelled as a general anaesthetic agent, is also an analgesic agent and demonstrates analgesic properties at doses 10–15 times less than that required for anesthesia. Because of this analgesic effect at a low dose, patients often remain completely awake and alert and no deleterious or clinically significant hemodynamic or respiratory effects were noted previously, therefore close physiological monitoring of the patients can be avoided in contrast to opioids.

IN ketamine in the ED has been explored in recent years internationally; however, the results are controversial. Recent studies have demonstrated adequate analgesia with IN ketamine, whereas one study concluded that IN ketamine had a relatively low response rate. Moreover, there is a paucity of information about this topic in our context using drops rather than mucosal atomizer device for the delivery of IN ketamine.

The primary objective of this study was to examine the analgesic effect of IN ketamine (0.7 mg/kg) in treating moderate-to-severe pain due to injury in ED setting defined as a pain reduction of 20 mm or more on a 100-mm visual analog score (VAS). The secondary objectives of the study were to determine safety of the agent by describing the level of sedation and adverse events.

This study was a cross-sectional, observational study of patients more than 8 years old experiencing moderate to severe pain [visual an alog score (VAS) >50 mm]. The initial dose of (IN) ketamine was 0.7 mg/kg with an additional dose of 0.3 mg/kg if VAS was more than 50 mm after 15 minutes. Pain scores and vital signs were recorded at 0, 15, 30 and 60 minutes.
Side-effects, sedation level and patient’s satisfaction were also recorded. The primary outcome was the number of patients achieving ≥ 20 mm reductions in VAS at 15 minutes.
Other secondary outcome measures were median reduction in VAS at 15, 30 and 60 minutes, changes of vital signs, adverse events, satisfaction of patients, and need for additional ketamine.

Intranasal Ketamine: is it a good choice as analgesic?

Could a nasal spray treatment against flu increase…

The use of Ketamine in pre-hospital setting - VIDEO

Don't ban Ketamine: the real prespective of this anaesthetic…

3 reasons to use ketamine for prehospital analgesia