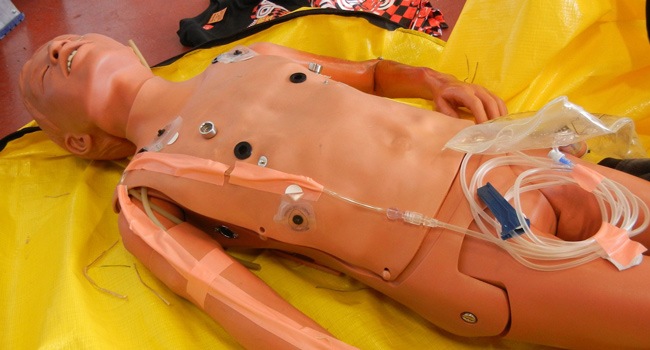 The Management of Pediatric polytrauma, a clinical review

This Clinical review, published by Libertas Academica, is an interesting commentary about the management of pediatric polytrauma. The research, published on september, 2014, was realized by:

ABSTRACT: Polytrauma is a major cause of mortality and morbidity in both developed and developing countries. The primary goal of this review is to provide a comprehensive overview on current knowledge in the management of pediatric polytrauma patients (PPPs). A database review was conducted based on a search in the Embase, Medline OVID-SP, Web of Science, Cochrane central, and Pubmed databases. Only studies with “paediatric population” and “polytrauma” as criteria were included. A total of 3310 citations were retrieved. Of these, 3271 were excluded after screening, based on title and abstract. The full texts of 39 articles were assessed; further selection left 25 articles to be included in this review. The most crucial point in the management of PPPs is preparedness of the staff and an emergency room furnished with age-appropriate drugs and equipment combined with a systemic approach.

INTRODUCTION: Polytrauma is a medical term that describes the condition of a patient subjected to multiple traumatic injuries and can be a life-threatening condition. These (life threatening) injuries typically affect two or more body regions and present a challenge for diagnosis and treatment.1,2 However, there is no consensus yet about the term polytrauma in both literature and practice.3

Polytrauma is a major cause of mortality and morbidity in both developed and developing countries. Despite its preventability, trauma remains the most common cause of death and disability in children.2 In fact, all over the world, more than 700,000 children under the age of 15 years die each year due to accidental injury.4 Leading causes of polytrauma are road traffic crashes, falls from heights, and bullet injuries.2 Injuries to the head and the lower extremities are most frequently seen in pediatric polytrauma patients (PPPs). Traumatic injuries to the chest, abdomen, and head cause high mortality in children of all ages.5

At the emergency department, the psychological pressure of the staff dealing with young children, together with often suboptimal conditions for children in resuscitation areas, can negatively affect treatment of the PPP. In many cases, it is difficult or impossible to communicate with children in the emergency situation. In addition, polytrauma occurs less frequently in children than in adults and therefore most trauma staff lack experience with pediatric polytrauma treatment.

The first hours following trauma—including the “golden hour”—are crucial for effective treatment and prevention of early death in PPPs. Unfortunately, numerous factors can delay the treatment in PPPs such as waiting for registration and availability of imaging techniques.7 Furthermore, numbers of PPPs presenting to trauma centers have steadily increased in recent years.8

The primary objective of this review is to provide an overview of the literature on management of PPPs. The secondary goal is to provide evidence-based guidelines concerning different aspects of this management worldwide.

Dentists not clear about costs, says Which?