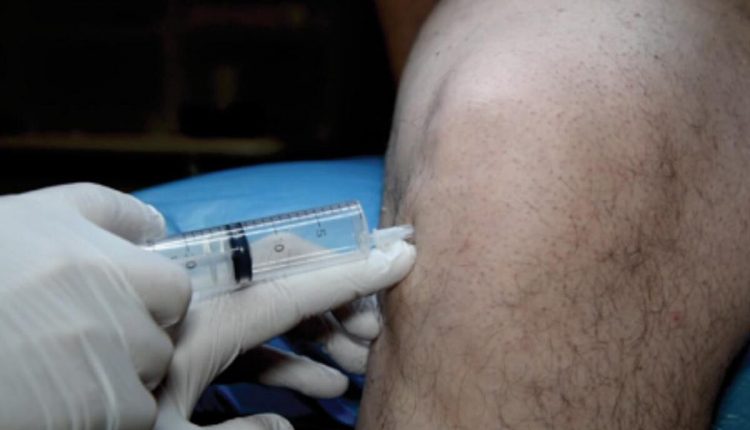 Oxygen ozone therapy in the treatment of fibromyalgia

The therapeutic properties of oxygen-ozone therapy. Fibromyalgia is a disorder that mainly affects women, occurring in adulthood (but before the menopause) and manifesting itself in severe muscular pain radiating to various parts of the body

It is a rheumatic disease for which there are no single treatments yet but a number of combined treatments to alleviate the symptoms.

One of the latest innovative treatments is oxygen ozone therapy, which is already used to treat other diseases and which specialists see as an additional weapon in the fight against fibromyalgia.

Fibromyalgia: what is it?

Fibromyalgia is an insidious disease: it causes patients to suffer severe pain, but diagnostic tests are negative.

Patients with fibromyalgia are thought to have a lower pain threshold than they should, and studies have shown that fibromyalgia can be triggered by infections, physical and psychological trauma and genetic predisposition.

The pain caused by this condition is constant and localised at so-called tender points, specific points on the body that are symmetrical.

Fibromyalgia is generally diagnosed by the rheumatologist, who is then joined in the treatment by the physiatrist, as rehabilitation is essential when it comes to this disorder.

While drugs such as analgesics, antidepressants and antiepileptics are important for alleviating the symptoms, they must be accompanied by physiotherapy.

The techniques used by the physiatrist to control fibromyalgia include massage, physical exercises, motor re-education, hydrokinesis and physical therapies such as Tens, which is carried out using electrodes placed on the body to stimulate the nerve endings, and TECAR, in which an electromagnetic frequency is applied to the tissues using radiofrequencies.

In addition to these treatments, there are a series of aerobic exercises that the patient can carry out independently, including muscle strengthening exercises, taught in the first phase by the therapist, and walking.

The fibromyalgia patient should walk at moderate intensity for about half an hour 2 to 3 times a week.

This option can be of great benefit to the body, but is still little known to fibromyalgia patients, so it is worth exploring it further.

Oxygen ozone therapy is a very effective treatment because of its anti-inflammatory action, which restores the body’s oxidative balance.

It is usually used to treat discopathies, as it reduces their volume and thus improves symptoms, but a number of studies have shown that it is also effective in treating fibromyalgia.

Oxygen ozone therapy helps to modulate the immune system and rebalance the antioxidant system in patients with fibromyalgia.

Oxygen ozone therapy is carried out by the physiatrist by means of a series of small subcutaneous injections into the tender points where the pain is triggered, and then radiates to the rest of the body.

The oxygen-ozone gas mixture used therefore has anti-inflammatory properties and provides patients with a good reduction in perceived pain.

Approximately 10 sessions are usually required, initially twice a week and then once a week as the therapy progresses.

The only discomfort the patient may experience is a slight burning at the injection site for 5-10 minutes after the therapy is administered.

Oxygen ozone therapy is contraindicated for pregnant patients, and those with hyperthyroidism and favism.

Scoagulation is a relative, not an absolute contraindication, for which the therapy can be considered by using additional precautions at the time of oxygen ozone administration, e.g. applying ice to the areas of interest before the injection.