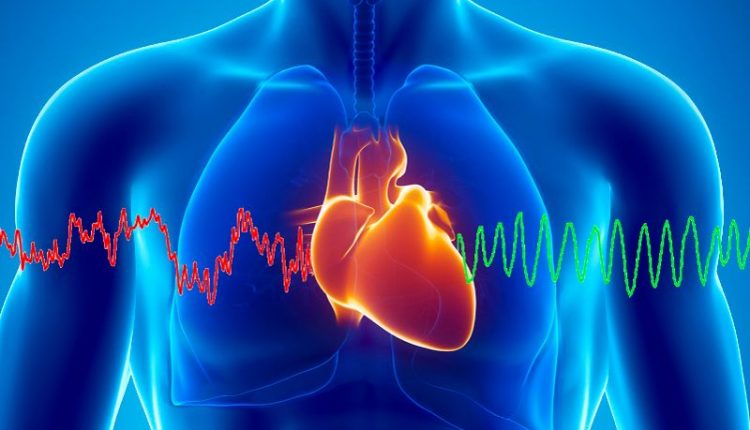 The aim of the study is to investigate the rate of hospital admissions for heart failure (HF) during the early days of the COVID‐19 outbreak in Italy, compared with a corresponding period during the previous year and an earlier period during the same year.

The heart failure, the italian study

The infection sustained by SARS‐CoV‐2 has been named coronavirus disease 19 (COVID‐19), and it was then classified as pandemic by the World Health Organization (WHO), imposing the adoption of tight restraint measures worldwide, such as social distancing and prohibition to attend public milieu, which had forced people to stay at home.

In Italy, after the infectious diseases spread and diffused, a national government lockdown was adopted.

Lockdown measures and the conversion of several hospitals in specific centres to treat only COVID‐19 patients brought to a drastic reduction of non‐COVID‐19 specialist outpatient performances.

Moreover, during lockdown period, a change in hospital admission patterns for other diseases, such as cardiovascular disease, has been observed.

Although these measures are decisive for infection control, their impact on non‐COVID‐19‐related life‐threatening medical conditions is yet unknown.

At 1 year, hospitalization rates were 32% for patients with ambulatory managed HF and 44% for HF hospitalized patients, while the rate for all‐causes mortality were 7% and 17%, respectively.

Because of frequent re‐activation and clinical deterioration, HF patients cannot access to the routinely outpatients check‐up, during the lockdown period, being able to reveal a worse outcome that appears to be particularly impacted by COVID‐19 outbreak and associated lockdown.

In this context, we hypothesize that hospitalization rates for HF have changed in response to measures to control COVID‐19 pandemic.

The aim of the present study was to evaluate hospitalization rates for HF during COVID‐19 pandemic, from the day after the first confirmed case in Italy (21 February 2020) to 31 March 2020, compared with the period of 2020 before the first confirmed case of COVID‐19, from 1 January to 20 February 2020, and with the same period of 2019, from 21 February to 31 March.

The present is a multicentre, observational, retrospective study.

The aim was to retrospectively assess HF‐related hospitalization rates in eight hospitals in Italy, during early days of COVID‐19 outbreak (i.e. 20 February 2020), compared with a corresponding period, during the previous year, and an earlier period, during the same year.

Incidence rate (IR) of HF hospitalization during Italian outbreaks of COVID‐19 was the primary endpoint. Hospitalization rates for HF were compared between the case‐period and the two control periods.

Consecutive patients admitted for HF in participating centres >18 years old were included in the present study.

HF was identified by definition of current guidelines.

The study protocol was approved by ethical committee of Policlinico Umberto I (n.5838).

The study was conducted according to the Declaration of Helsinki.

Incidence rates for the primary outcome (HF‐related hospitalizations) were calculated by dividing the number of cumulative events by the number of days for each time period.

Incidence‐rate ratios (IRRs) comparing the case period to each of the control periods were calculated using Poisson regression to model the number of HF‐related hospitalizations per day, accounting for potential clustering effect by hospital centres.

A total of 505 patients admitted in eight hospitals in Italy with diagnosis of HF were included in this study.

During the case period, the mean daily admission was 2.80 hospitalizations per day.

This rate was significantly lower when compared with the two control periods.

The participant centres and the number of HF admission of each hospital and period are listed in Table 3.

Patients admitted during the study period were comparable with those admitted during intra‐year and inter‐year control periods, in terms of age, gender, percentage of first episode of HF, preserved EF, aetiology (i.e. ischemic and non‐ischemic), and in‐hospital mortality (Table 1).

Regarding NYHA classes, during the study period, patients were less frequently admitted in Class II compared with inter‐year period (P = 0.019).

This difference in terms of NYHA class is independent from the ischemic aetiology of HF (Table 4).

We performed the covariance analysis to evaluate whether the variable period influences the results of EF and NHYA class, considering the confounding variables as age, male sex, and HFrEF/HFpEF ratio.

About that, we observed that the parameter NYHA class showed statistically significant differences between the case period and inter‐year control period (P = 0.014).

Regarding NYHA class, no statistically significant differences have been observed between the case period and intra‐year control period (P = 0.29).

Heart failure represents a multifaceted syndrome, and it is associated with high rates of death and hospitalization worldwide.10-14

During COVID‐19 lockdown, lifestyle and dietary modification, separation of patients from relatives, and caregivers together with an increase of health inequalities might bring to higher incidence of new cases of HF as well as HF destabilization.

15-17 Moreover, several cardiovascular conditions, as acute coronary syndromes, which are often related to subsequent HF occurrence, were underdiagnosed and undertreated, during lockdown period.5, 18, 19

Our results suggest a significant reduction of HF hospitalization rates across cardiovascular departments in 8 hospitals in Italy, during COVID‐19 pandemic.

Patients hospitalized for HF during the study period were comparable to those admitted during intra‐year and inter‐year control periods, in terms of age, gender, percentage of first episode of HF, in‐hospital mortality, and aetiology.

Patients admitted during the study period showed a worse NYHA class compared with patients hospitalized during the same period in the previous year.

At the same time, EF was lower in patients admitted during study period, compared with both control periods.

Albeit the shortness of the study period, our results raise the question whether restraint measures, which were able to contrast COVID‐19 pandemic, did not prevent HF patients from receiving the diagnostic and therapeutic options.

On the other hand, patients probably delayed presentation, as a result of either the fear of contracting the virus or a misinterpretation of clinical status and symptoms.

15-17 Interestingly, we can argue that events reduction could be related to a better self‐care and more stringent lifestyle recommendation over this period. Whereas, recent data showed a significant increase in mortality, during lockdown period in Italy, that was not fully explained by COVID‐19 cases alone.

19 In fact, in some cases, HF patients may have died at home without seeking medical attention during the COVID‐19 lockdown.

Although public opinion, mass media, and healthcare systems focus on the COVID‐19, there is the need of a change in perspective facing the complex syndrome of HF.15, 20-22

In conclusion, a significant reduction in hospital admissions for HF was observed in Italy, during the early days of COVID‐19 outbreak. Similar findings have been noted in the state of Mississippi (USA).23

The present observational retrospective study has some limitations owing to the difficulties in collecting clinical data during the pandemic emergency. Extensive data collection was not possible for all centres, especially during the initial phase of the pandemic.

Data regarding HF presentation and subtypes during lockdown may deserve a further investigation, in order to better investigate HF‐related hospitalization and outpatient risk.

The study period is short and, more importantly, the present is a retrospective observational study; thus, other prospective studies on longer period investigating the reasons for delay in contacting the hospital are required to confirm our observations.

The differences, regarding data collection, among regions should be explained primarily considering the different sizes and typologies of the hospitals’ cardiology departments included in the study.

Another reason might be also the different spread of the virus SARS‐CoV‐2, according to the different regions, which influenced the role and the reorganization, of each hospital in the management of COVID‐19 and non‐COVID‐19 patients, during pandemic outbreak.

For figures and statistics read the full report

Heart Tissue Regeneration: A “Cell-Less” Therapy May Be The Key To Solve Many Cardiac Diseases

Kabul, a suicide bombing at danish education centre kills 18 people: almost all of them were boys between 15 and 26 years old