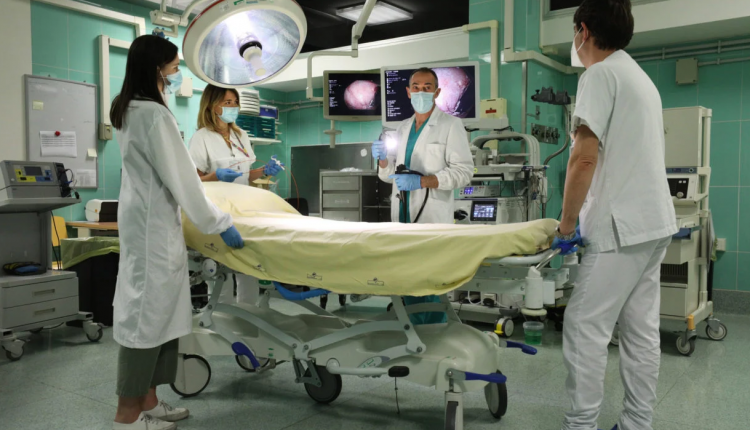 A new frontier in Bologna: microbiota transplantation: yesterday, the first three bacterial colony transplants were performed on three men suffering from serious intestinal infections resistant to antibiotics and at risk of death

The intestine of every human being is home to a colony of ‘good’ microorganisms and bacteria that is essential for regulating the metabolism and ensuring the immune system.

This is the intestinal microbiota, which has been at the centre of scientific research for years and now represents a new medical frontier for the treatment of patients thanks to the transplantation not of an organ but of this community of microbes

The Irccs-Policlinico Sant’Orsola in Bologna, recognised by the Ministry of Health as the National Centre of Reference for intestinal microbiota transplantation, is one of four centres in Italy (together with the Gemelli, Careggi and Policlinico di Pisa) and the first totally public one.

Yesterday at Sant’Orsola, the first three microbiota transplants were performed on three men aged 40, 50 and 60 years suffering from serious intestinal infections resistant to antibiotics and at risk of death.

How does it work? A ‘package’ of bacteria is extracted from the faeces of a healthy donor, processed by microbiologists and then inserted into the patient’s intestine under colonoscopy.

Transplantation is therefore technically very simple in itself: the complex part is the pre-clinical preparation and selection of the healthy microbiota to be transplanted

The procedure can also be repeated several times on the same patient.

This system is currently being used to treat ‘clostridium’ infection, an antibiotic-resistant bacterium that, if left untreated, can even lead to patient death.

The most affected are the elderly, in particular long-term patients or residents in nursing homes, and the chronically ill.

It is one of the main infections caught in hospital: in Emilia-Romagna it has an incidence of between 1.5 and 3.7 cases per thousand admissions, with an increase of 40% in the last 10 years and 200% for recurrent infections.

The efficacy of microbiota transplantation is now around 90% for patients with ‘clostridium’ infection and increases overall survival by more than 30% at 90 days.

Looking ahead, however, Sant’Orsola’s specialists are confident that the intestinal microbiota will also help in the fight against many other diseases: from septicemia to ulcers, from Crohn’s disease to liver disease, from obesity to diabetes, from neurological diseases such as sclerosis and Parkinson’s disease to oncological and immune system pathologies.

Moreover, the more personalised the microbiota transplantation, the more effective it will be

The idea is therefore to identify healthy ‘super-donors’ and set up a bio-bank to ensure the most effective associations with patients. To this end, an ad hoc sequencer worth €100,000, donated by the Ima Group, has been acquired by the Polyclinic.

“We are faced with an innovation that propels us into the future, the scope of which we may not yet fully understand,” says the Director General of Sant’Orsola, Chiara Gibertoni.

“We are marking an important step at international level,” adds the pro-rector for research at the Alma Mater of Bologna, Antonino Rotolo.

“At a time when we still see so many sceptics, today we are celebrating the victory of science,” comments Giuliano Barigazzi, president of the Metropolitan Social and Health Conference.

The newly elected Rector, Giovanni Molari, was also present at the press conference.