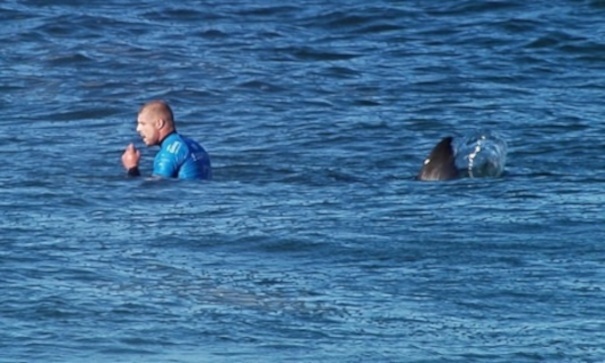 The anatomy of a shark attack: a case report and review of the literature

Shark attacks are rare but are associated with a high morbidity and significant mortality. We report the case of a patient’s survival from a shark attack and their subsequent emergency medical and surgical management.

Using data from the International Shark Attack File, we review the worldwide distribution and incidence of shark attack. A review of the world literature examines the features which make shark attacks unique pathological processes.

We offer suggestions for strategies of management of shark attack, and techniques for avoiding adverse outcomes in human encounters with these endangered creatures.

Few creatures solicit the apprehension that sharks engender. In an aquatic environment where most humans can at best ‘keep their heads above water’, the predatory capabilities of the shark render land-based, bipedal primates easy prey.

The incidence of shark attack in the world could not be said to merit the degree of apprehension or antipathy often expressed towards sharks, but when a shark attack does occur, it is often with an impressive efficiency.

In this paper, we report the details of a non-fatal shark attack and review the incidence and management of a fortunately rare but potentially life-threatening event.

A 26 year old man was surfing with his friend outside the Castles’ break of Cactus Beach, a popular yet remote venue on the Great Australian Bight. The attack occurred at approximately 11:00 h on a clear day, with air temperatures in the high twenties and in 20–25 m of clear water.

The victim and his friend, who was 15 m away, were alone in the bay. The victim was lying astride his surfboard and paddling with his right arm, gently circling to counter the action of the tide, while waiting for a wave. He was talking to his friend over his left shoulder when, without warning, his paddling arm was seized by a shark, approximately 3–3.5 m in length.

He struck the shark with his left arm, which it also seized in its mouth. On seeing him in danger, the patient’s friend paddled over, and punched the shark in its gills several times, attempting to make it release the patient. When this did not work, the friend gouged its eyes, and the shark loosened its grip and re-submerged.

The patient reported a great deal of blood in the water at this stage, and was unable to see the shark, but knew that it had not gone away because he felt it tugging on the leg-rope of his surf-board, which was dangling in the water. The two surfers brought their boards together and removed their arms and legs from the water, while they decided how to get to the shore.

The shark returned a second time, bumping up between the two surfboards and tipping both surfers into the water. The shark then attempted to attack the patient’s friend, who placed his surfboard between himself and the shark, which took two bites in rapid succession out of the surf board.

The patient, in the mean time, attempted to reach the nearby reef which, being shallower water (6 ft.), he thought would afford him some protection. The shark pursued him over the 50 m distance, and seized his left arm, just above the elbow. At that moment, the patient noticed a 2.5 m wall of white water approaching over the reef. As it hit both shark and patient, the shark relinquished its grip and ceased its attack.

He was administered crossmatched blood, intravenous antibiotics, opiate analgesia, and retrieved by air to the Royal Adelaide Hospital for further management. On arrival, he was cardiovascularly stable, alert and oriented, and his arms were the only sites of visible injury. Both limbs were vascularly intact, both radial pulses were present and there was no evidence of compartment syndrome.

The salient pre-operative findings in the ED are presented.

Lack of funds closes 28 per cent of WASH programmes