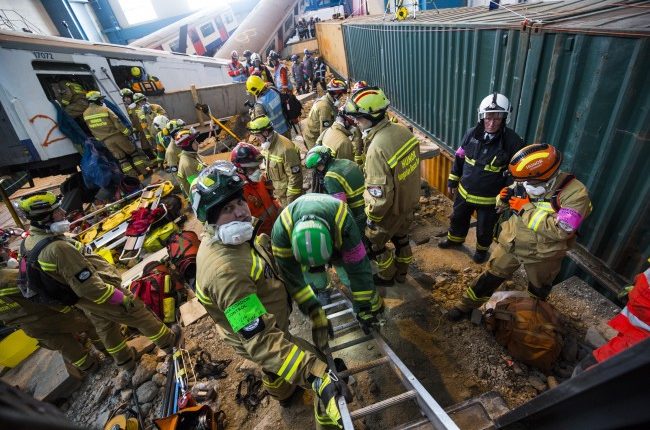 As we anticipated in the last article about Disaster & Emergency Management, the preparedness plan has true importance in facing a catastrophe.

However, is it enough to exceed an emergency situation? What do we have to know in order to carry out a successful emergency response?

Find the interview of Equip Global to Sanjay Kumar, Safety Manager at Delhi International Airport, who contributed in implementing systems in Airports in India to ensure the readiness of the Airports to respond efficiency upon any Chemical, Biological, Radiological, Nuclear and explosive (CBRNe) threats below:

What is the one thing disaster and emergency leaders overlook when it comes to preparedness?

“Based on my personal experience, the one thing that we, as Emergency Manager, face and tend to overlook is that there is a lot of difference between Planning and Real Emergency. When we plan and the subjects of the emergency knows that its just an exercise, everything is so smooth that it gives a feeling that in case of any emergency, everything with be just as fine as its happened in this exercise/Drill.

What is appalling is that none of the exercises that we have planned has ever come close to the real scenario. There is no screaming, no fighting for the news of the loved ones, no situation when the victims or those related to victims have nearly come to blows. These are the real time scenarios which become hard to handle in case of real emergency.

These are the situations that test the ability and capabilities of the Emergency Managers. Further, most of the cases, an emergency exercise is more of a formality. Because the exercise has to be done, its done, that’s it. Once the exercise is over, its pat on our own back.”

What is a real-life example of successful emergency response?

“What could be more satisfying than someone coming to you, as an Emergency Manager, and thanking you for teaching the actions to be taken in case of emergency, it’s because of these actions that the person was saved from the emergency situation.

There was a real fire and the building was being evacuated. The situation was extremely difficult but this staff not only escaped the building unscathed, but he also helped the Fire Fighters in taking them to a room where lay a staff who was unconscious, due to the asphyxiation.

How often should authorities revisit their emergency preparedness plan?

The world is changing and so are the scenarios. What mattered yesterday is irrelevant today, because something more relevant (serious) has appeared. Therefore, there is no fixed period when the Emergency Preparedness should be revisited and reviewed. It’s important that the situations are visited as often as an exercise is conducted to look into the SOPs. Even if everything has been perfect, the review should be done at least once a year. Evolving scenarios and its impact on the organisation must be seriously looked into. Two issues – threats in the industry you are in and threats in and around your location are two things to be taken in mind while considering the possible scenarios and their mitigations.

What are the key considerations in using social media during an emergency situation?

Therefore, while using social media, the following points may be considered:

– Sanity in posting Information: Nothing should be posted that the sender is uncomfortable with or is unjustified
– Integrity in sending information: any information sent through social media can be misinterpreted or biased
– Double check the information: Only accurate information, captured as a first person, only should be posted on the social media
– Clear message: words or sentences that can be taken otherwise should be avoided.
– Sensitive Issues: Avoid posting sensitive issues online, let the authorities handle
– Confidential Information: It could be disastrous and put you in compromising position
– Safety and Protection: sometimes the locations or personal details can be risky
– Respect dignity: whosoever is shot on camera, respect their dignity
– Bias: Issues like religion/race/politics should be best avoided
– Experience: its good to mention about the topics that the sender is expert in
– Act responsibly: the sender is responsible for their online reputation
– Transparency: being transparent, declaring identity and affiliation helps build trust and reputation
– Truthfulness: if the pictures or information is taken from some other source, credit them and avoid negativity
– Personal Opinion: in case of reflecting personal opinion, state explicitly so that the post will gain traction and visibility
– Clarification: incase people are misreading your posts or trying to twist them, clarify your words and intentions
– Trolling: avoid replying to inappropriate comments, your response will only encourage them
– Seek advice: if unsure about post, seek advice from your colleague or supervisor

St John Ambulance Kenya in collaboration with a taxi firm…

Emergency preparedness kit for our pets