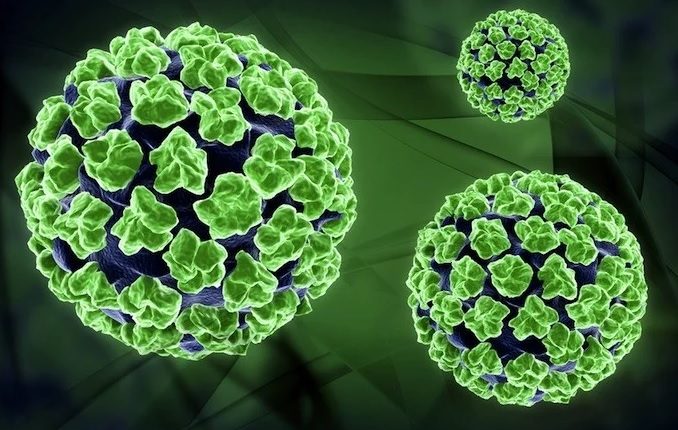 Let’s talk about HPV, the papilloma virus: according to Caterina Ricci, a specialist in gynaecological oncology, HPV prevention and lower genital tract pathologies, the serum lowers the risk of recurrence in women who have already contracted the virus

“The vaccine against the papilloma virus has been extended to the adult population thanks to the data collected over the years in relation to the effectiveness of the vaccine itself and the introduction on the market of the nonavalent formula, which protects against nine strains of HPV: 2 low-risk and 7 high-risk, the latter responsible for about 90% of cervical cancers.

In women who have previously contracted the virus, the vaccine also lowers the risk of recurrence of HPV-related lesions.

The introduction of the nonavalent development of the vaccine has greatly expanded its potential and use, particularly in the adult female population and, to a certain extent, in the male population”.

Caterina Ricci, a specialist in gynaecological oncology, HPV prevention and pathologies of the lower genital tract at the Policlinico Agostino Gemelli in Rome, explained the latest developments in the use and indications for the HPV vaccine.

HPV VACCINE, WHEN TO GET IT

“The HPV vaccination is not compulsory, but strongly recommended.

It is, in fact, a very valuable weapon of prevention against the agent that is the fundamental cause of cancer, cervical cancer.

It is a vaccine of documented safety and efficacy, with a side-effect profile on a par with many other vaccines administered to children”.

In fact,” he adds, “the latest ‘Vaccine calendar for life’ issued by the Ministry of Health does not set a maximum age limit, referring above all to the possibility of using the vaccine as indicated by the scientific studies, allowing its administration, subject to counselling, in subjects who can benefit from it and in at-risk categories such as immuno-depressed populations”.

Although it can also be administered to people who have already contracted the HPV virus, the vaccine has no therapeutic value.

It is a preventive tool,” says the gynaecologist, explaining that its use in the virus-positive adult population stems from its potential to cover several strains.

In fact, it is rather unlikely that a person has acquired all the strains contained in the nonavalent vaccine.

The vaccine therefore has a high probability of protecting against strains other than the one possibly acquired.

In addition, in the case of individuals who are positive for one or more vaccine genotypes, the vaccine can act as a boost, a reminder and reinforcement of the natural immune system.

As it is preventive, however, it is most effective in the virus-negative population.

With regard to the population that has already contracted the virus, an interesting finding is that relating to the prevention of recurrences: “There are recent but robust data,” says Ricci, “that support the usefulness of the nonavalent vaccine in lowering the risk of recurrence, especially after surgical treatment of HPV-related lesions.

This has been followed, in recent months, by an indication, already implemented by some regions, of the possibility of free vaccination for women who have received treatment for HPV-related lesions, with the aim of protecting against non-acquired strains and lowering the risk of possible recurrence”.

HPV, THERE IS ALSO A SCREENING TEST

Is it necessary to have a screening test before requesting the HPV vaccination?

“Vaccination can be requested even without investigating whether you have been in contact with the virus or which strain of HPV you have contracted in the past.

However,” says the expert, “it is advisable to test for HPV because it is now the screening test considered by the National Health Service and the National Screening Plan, and because it can be useful to support counselling in vaccination, especially in the adult population and HPV positive.

HPV test and Pap test, what are the differences?

“The PAP test – explains the specialist – is still used by gynaecologists and consists of an exfoliate of cervical cells, i.e. a pathological anatomy examination, which is read on a slide and has been the main and highly effective tool for cervical cancer prevention screening for the last 50 years.

However, it has recently been replaced as a screening test by the HPV test, which is available free of charge from 30 years of age and upwards, because it has proved to be more suitable and more sensitive in predicting the risk of developing a pre-tumour lesion over the years, on the basis of increased knowledge of the role of HPV in the development of pre-tumour and cervical cancer lesions.

Depending on the test technique used, the test may indicate virus positivity/negativity or typing, i.e. give an indication of which strain of the virus has been contracted.

The HPV test is carried out with a swab and the sample is subjected to molecular microbiology analysis’.

In the case of the Covid vaccination, is there any indication of the interval between that vaccine and the HPV vaccine? If so, what is the time interval?

One vaccination does not exclude the other, but co-administration is not envisaged,” Ricci explains, “which is why an interval of about 3-4 weeks between vaccinations is generally recommended.

A subsequent booster dose with documented long-term clinical efficacy has not been deemed necessary so far.

The vaccine is not indicated during pregnancy,” the specialist points out, “but it can be administered during breast-feeding.

HPV, HOW TO GET VACCINATED

How do I get the HPV vaccination?

According to the most recent directives issued at the national level, and already largely implemented at the regional level,” Ricci explains, “a woman who has not been vaccinated in childhood, up to 26 years of age, can apply to the local health authority for free vaccination, while until a few months ago free vaccination was the primary target in the Lazio region up to 12 years of age.

From the age of 26 onwards, it is still possible to request the vaccination under the co-payment scheme, i.e. at a subsidised cost shared with the price of the vaccine purchased at the pharmacy.

The vaccination can be requested and booked at local health authorities or authorised vaccination centres, such as the one at the Policlinico Gemelli in the Oncological Gynaecology and Lower Genital Pathology Unit, known by the acronym PreGio, which indicates prevention at a young age.

Pap Test, Or Pap Smear: What It Is And When To Do It