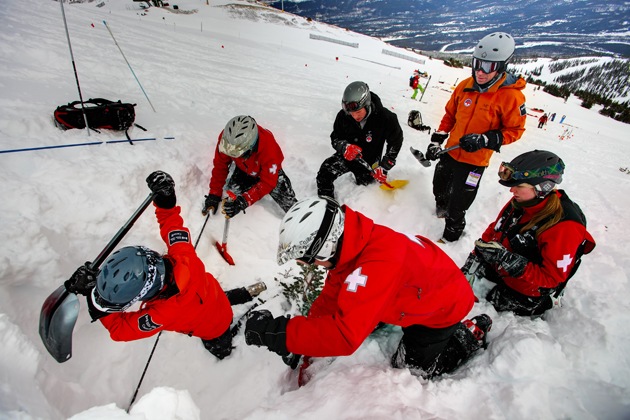 Cold and wet environments pose the greatest risk. Accidental hypothermia can occur in people participating in outdoor work and recreation, including wilderness travellers. Accidental hypothermia has been a disease of wars and other disasters throughout history. In addition to occurring in wilderness environments, hypothermia is associated with urban homelessness and with the use of alcohol and other substances, including recreational and therapeutic drugs. But what are the best tips in treating hypothermia?

Treating hypothermia: when it can occur

Hypothermia can occur during resuscitation in emergency settings (iatrogenic hypothermia). Hypothermia can accompany trauma, sepsis, diseases that decrease metabolic rate such as hypoendocrine states, and diseases that affect thermoregulation such as cancer or stroke. Therapeutic hypothermia, which is induced for neuroprotection in cardiac arrest patients who do not regain consciousness after the return of spontaneous circulation, is beyond the scope of this review.
Hypothermia occurs as a result of net heat loss from the body. Heat can be lost or gained by conduction, convection, and radiation and lost through evaporation. Conduction is the direct transfer of heat from warmer to cooler objects that are in contact with each other. Convection is the transfer of heat to or from a gas or a liquid that is in motion. Radiation is the transfer of heat in the form of electromagnetic energy between 2 objects that are visible to each other. Evaporation is the loss of heat by vaporizing liquid—usually water—in sweat, on the skin, or in clothing, or from insensible losses from the skin or from respiration.
The human body attempts to maintain a core temperature of 37°C ± 0.5°C. The thermoregulatory control centre in the hypothalamus receives input from central and peripheral thermal receptors. The integrated thermal signal triggers autonomic reflexes that control whether cooling responses, such as vasodilation or sweating, or warming responses, such as vasoconstriction or shivering, are initiated.
Peripheral blood flow is also partly regulated by local skin temperature. Humans originated in the tropics with limited physiologic means to avoid developing hypothermia. Exercise and shivering can raise the metabolic rate to prevent hypothermia if nutritional reserves and insulation are adequate, but the benefit may be limited by environmental conditions. Prevention of hypothermia in humans mostly depends on behaviour, especially wearing insulating clothing and using shelter.

The basic principles of rewarming a hypothermia victim are to conserve the heat they have and replace the body fuel they are burning up to generate that heat. If a person is shivering, they have the ability to rewarm themselves at a rate of 2 degrees C per hour. But there are different levels of hypothermia.

When a person is in severe hypothermia they may demonstrate all the accepted clinical signs of death: cold, blue skin, fixed and dilated pupils, no discernable pulse, no discernable breathing, comatose status and rigid muscles. The Wilderness Medicine Association create a simple guideline to know what to do in different situation of hypothermia: 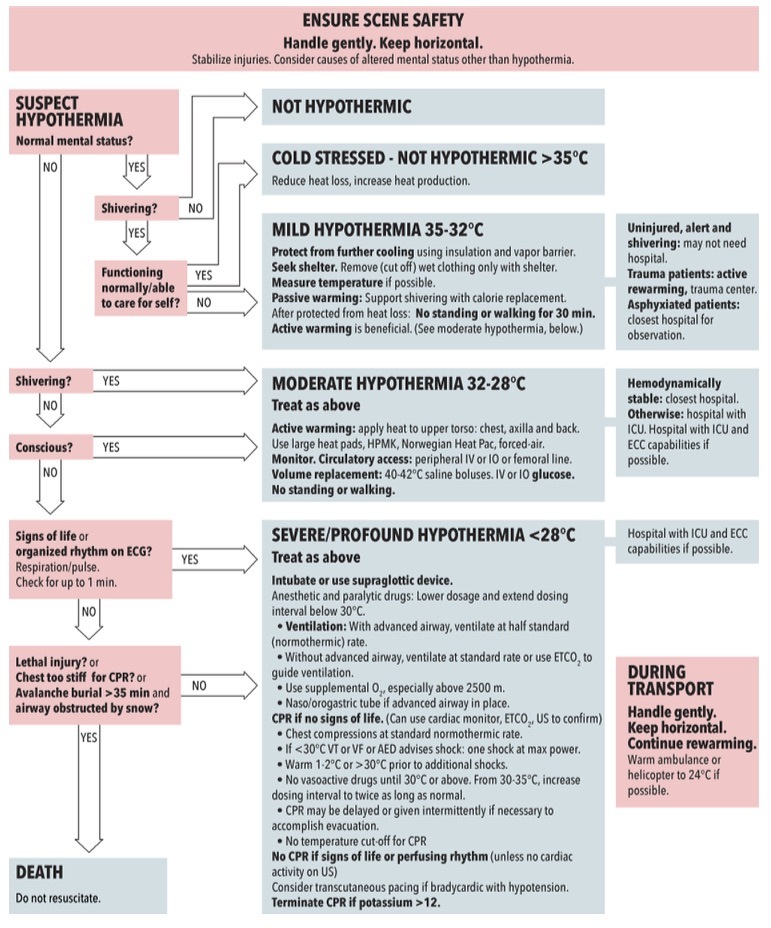 Fluid resuscitation in bleeding trauma patient: are you…

50 people chain CPR save a boy in Danville, Pennsylvania