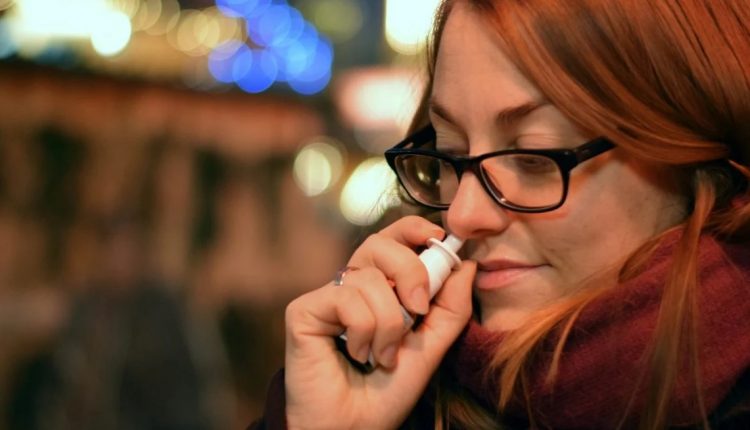 Nasal spray against covid: a group of researchers is testing an anti-tenia drug whose preclinical results seem encouraging for blocking lung damage caused by the coronavirus

Not only vaccines and monoclonal drugs, the road to fighting Sars-CoV-2 also passes through the nasal spray

A group of researchers led by Mauro Giacca, Professor of Cardiovascular Sciences at King’s College London, is experimenting with an anti-tormentia drug in the form of a nasal spray that could prove useful in blocking lung damage caused by the coronavirus.

The trial is currently under way in five centres in India and the preclinical results seem to be encouraging.

But beyond Covid, sprays could be the way forward for treating most respiratory diseases, especially when it comes to children.

“It is a painless method, easy to administer and certainly less invasive and annoying than, for example, an injection,” explains Fabio Midulla, head of the paediatric emergency department at the Umberto I polyclinic in Rome and president of the Italian Society for Childhood Respiratory Diseases (Simri).

I’m very much in favour of experiments,” the paediatric pulmonologist stresses, “and I agree that respiratory diseases should be treated with sprays, i.e. with drugs that are administered locally, so much so that this is the method used for asthma.

But there is a problem. “While sprays are a very advanced technology and theoretically would be the best way to deliver airway medicines, the problem is that you have to make sure that a large amount of the medicine actually reaches the airways.

If you look at asthma medication, for example, you know that only 10-11% of the medicine is absorbed into the respiratory mucosa,’ Midulla explains.

Basically, “sprays or aerosols nebulise particles, called flug particles, which can be of different sizes: if they are too large they do not reach the lung, if they are too small they go too deep and also fail to contain the medicine inside them”.

So, ‘being able to use a drug that acts directly in the airways is certainly important, but we need to understand how much drug is carried and whether these drugs can remain in the droplets that are injected with the spray’.

At the moment, as far as children are concerned, ‘there are trials of antivirals to be administered by spray, but the results are not yet known,’ Midulla concludes.