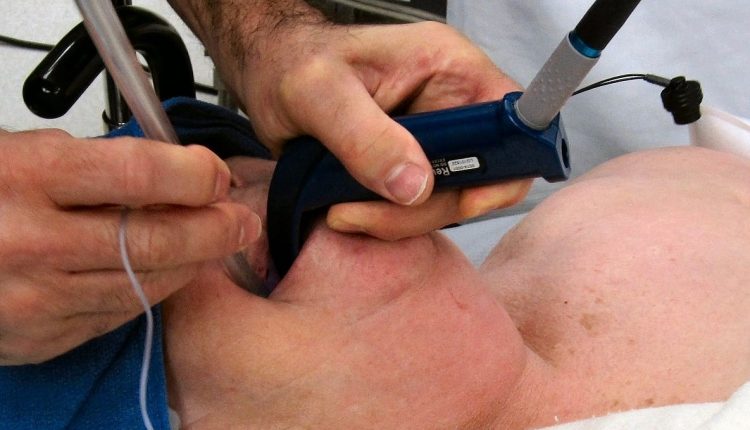 This Concise Critical Appraisal explores an article in The Lancet Respiratory Medicine that evaluated the efficacy of awake prone positioning to prevent intubation or death in patients with severe COVID-19.

This meta-trial used a new study design that allowed for the combination of six simultaneous national randomized, controlled, open-label trials.

Early in the COVID-19 pandemic, awake prone positioning in nonintubated patients was thought to be a beneficial intervention for patients with acute hypoxemic respiratory failure, but the theoretical benefit was based on low-quality evidence.1

There have also been ICU-based studies of similar quality evidence showing benefit.3

This Concise Critical Appraisal explores an article by Ehrmann et al, who aimed to evaluate the efficacy of awake prone positioning to prevent intubation or death in patients with severe COVID-19.4

Investigators from trials in Canada, France, Ireland, Mexico, the United States, and Spain agreed to combine individual patient data a priori while simultaneously avoiding the logistical obstacles of setting up a multinational trial, thus harnessing the benefits of prospective design and high power.

Investigators agreed to report data collaboratively and conduct ongoing interim data analysis and, if necessary, end enrollment in each national trial once equipoise was lost.

Before this meta-trial, there had been conflicting lower-quality evidence regarding the benefits of awake prone positioning in nonintubated patients.

There also remained a question as to whether it was harmful to delay intubation even if there was transient improvement in oxygenation during awake prone positioning.

The two groups were well-balanced with regard to age, sex, BMI, clinical parameters, location, and comorbidities.

Prone positioning in the standard care group was considered a protocol violation.

Outcomes were also consistent among the various national trials with the primary outcome defined as treatment failure at 28 days (intubation or death).

Results showed that awake prone positioning reduced the incidence of treatment failure within 28 days of enrollment, from 46% to 40%. The primary composite outcome was intubation or death.

The benefit was seen primarily in prevention of intubation.

For every 14 patients who underwent awake prone positioning, one intubation was prevented

It is important to note that mortality alone was not significantly different, although there was a slight trend toward increased deaths in the control group (21% vs. 24%).

Notably, there was no detected interaction between initial oxygenation requirements and effect on primary outcome, although the study was not meant to evaluate this correlation.

Interestingly, patients who had longer mean daily duration of awake prone positioning were more likely to have treatment success demonstrating a dose-response relationship.

A high duration of prone positioning was instituted primarily in the Mexico trial and is hypothesis generating at this point.

The authors suspected commitment to longer prone positioning sessions may have more benefit than these data show but note that further studies are needed to see this effect.

Physiologic effects were noted too, with oxygenation improvements noted during initial prone positioning sessions for the intervention group.

There was also a reduction in respiratory rate.

The authors suggest that, as has been previously theorized, the benefit comes from reduced alveolar shunt and self-inflicted lung injury as well as improved recruitment, but more studies are needed to confirm this.

The intervention is safe, with similar rates of skin breakdown, vomiting, and line dislodgment.

Cardiac arrests did not occur during awake prone positioning and, since mortality was similar in this study, there are no data to suggest harm with the intervention

Appropriate limitations were noted by the authors.

There was no way to blind clinicians to this intervention, which could have had an unseen effect on clinical decision-making.

The authors acknowledge the possibility that, despite clear intubation criteria, treating clinicians may have had a lower threshold for intubation in the standard care group.

The authors also note that a protocol violation occurred in 10% of the standard care group, who underwent at least one session of awake prone positioning.

This would only underestimate the benefit of the intervention in the intention-to-treat analysis.

While patients must be able to cooperate with this intervention, this study confirms that adverse effects are low and it does not increase mortality in patients who ultimately require intubation.

Endotracheal Intubation In Paediatric Patients: Devices For The Supraglottic Airways

The alarm of doctors in Italy: 'vampirism' is rampant among young people